Use the Power of “Why” for Your New Year’s Resolutions 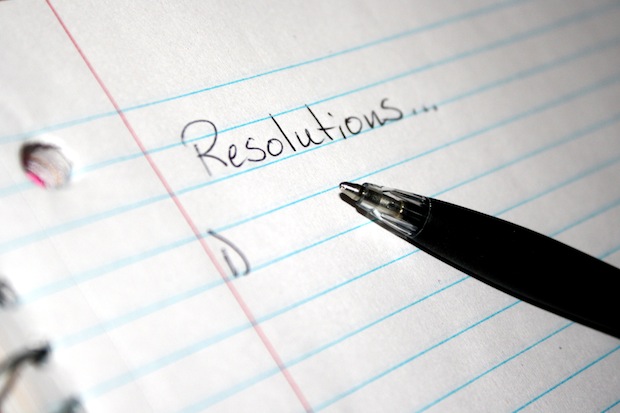 Yes, it’s that week of the year when pretty much every place you turn, every channel you watch, every broadcaster to whom you listen, and every site you follow almost certainly addresses New Year’s Resolutions. Guess what? Us, too!

Because we are The Wisdom Daily though, we do it a bit differently. While others are all about the ‘What’ and ‘How’ in making New Year’s Resolutions, I invite you to focus, at least initially, on the ‘Why‘. What do I mean?

Google the phrase ”New Year’s Resolution” and you will be inundated with posts of two basic varieties:

– Variety A includes all the analyses of who makes the resolutions (as many as 75% of us), what they are about (over half related to health and fitness) and how few of us stick with them more 2-4 weeks (about 24%).

– Variety B includes all the advice about why we fail to keep our resolutions, and how to make them stick better. It’s all about what you commit to (specific is better than general, according to most ‘experts’), how you frame the task (privilege small doable things over grand, dramatic stuff), etc.

As valuable as all that stuff may be, I want to focus on something else, if for no other reason than the fact that all of that analysis has not meaningfully upgraded people’s ability to make and keep their resolutions. And to be clear, while some argue that this all makes the case against make New Year’s Resolutions altogether, I don’t agree.

I actually think this is a beautiful tradition, whether we end up keeping the resolutions or not. Why? It’s about aspiration and empowerment. Making resolutions asserts that we have the ability to shape our futures, to start over and to make a positive difference. That said, keeping them is probably better than not, and that is where I depart from how most people address the topic.

I am definitely in the Variety B camp, but rather than focusing on the ‘What’ and ‘How’, I suggest we focus on the ‘Why’. Once you have spent a bit of time considering why you would do whatever it is you resolve, you can get a better handle on the what and the how — whatever they may be.

Start by making whatever resolution you like. Now ask yourself “why is that important to me?” For example: You resolve to hit the gym three days a week and it is important to you because you want to “be healthier”. All good. Now do one of the following two things: Option 1, ask yourself why you want to be healthier. And however you answer that, ask why the answer you gave matters to you. Do that another time or two, and you will have gotten down to a much deeper level of what you want. Now make a list of all of the things you might do to move toward the fulfillment of that goal. It’s amazing how many ways you will discover to get what you really want, and how much easier it is to fulfill those kind of goals.

If all of that seems like too much work, try this shortcut: if you resolved ‘gym three times a week’ and your ‘why’ was ‘to be healthier’, simply make a list of all of the things you could do to be healthier. Pick the easiest item on the list — the one you are most inclined to actually do — and don’t worry about anything else on the list for at least six weeks, by which time it will feel more like a natural part of your life than some resolution you are working to fulfill. Now go back to the list and pick the easiest remaining thing and give that one at least six weeks. You get where I am going.

We need the ‘Whats’ and ‘Hows’ in life to be sure, but it’s amazing how reconnecting with your ‘Why’ can open up new and more sustainable paths to what we really want in the year ahead, and not simply what we are supposed to want according to others. Even if they are right, we aren’t likely to have much success pursuing someone else’s purpose or ‘Why’, so figure out yours and pursue whatever resolutions emerge from that.

Will you eventually get to the gym three times a week, this way? Frankly, I don’t know. What I do know is that by following this method, you will achieve more of what you wanted to achieve in pursuit of your original ‘Why’, and that can only be a good thing.