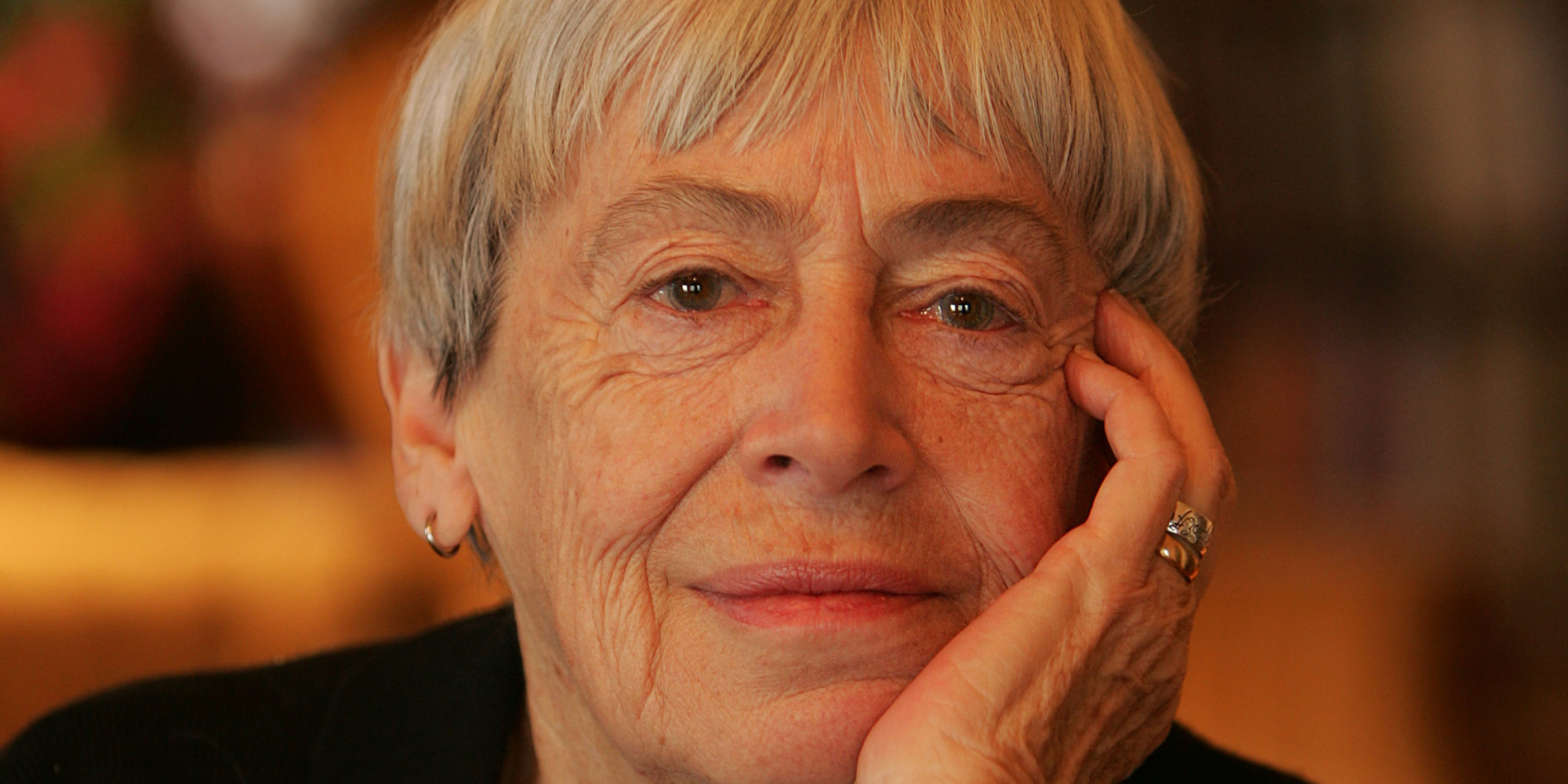 Having that real though limited power to put established institutions into question, imaginative literature has also the responsibility of power. The storyteller is the truth-teller.

So said Ursula K LeGuin (1929-2018), the “colossus of literature” (China Mieville) and “deepest and smartest of the writers” (Neil Gaiman), who was undoubtedly one of the greatest Sci-Fi/Fantasy authors of the 20th century. LeGuin, who passed away in January, was not just an excellent writer with a gift for poetic expression, vivid characterization, and imaginative world-building, she was also a political thinker, an artist who used literature as a way to imagine how the world could be different.

Fantasy and science fiction in their very conception offer alternatives to the reader’s present, actual world. Young people in general welcome this kind of story because in their vigor and eagerness for experience they welcome alternatives, possibilities, change. Having come to fear even the imagination of true change, many adults refuse all imaginative literature, priding themselves on seeing nothing beyond what they already know, or think they know.

Le Guin was obsessed by the question of what chains people and how they might be free: “Though we love freedom we are mostly patient of oppression, and even refuse deliverance.” She used her literature to provoke the imagination of freedom.

We will not know our own injustice if we cannot imagine justice. We will not be free if we do not imagine freedom. We cannot demand that anyone try to attain justice and freedom who has not had a chance to imagine them as attainable.

LeGuin’s father, A.L. Kroeber, was an anthropologist and her mother, Theodora Kracaw, a writer.  Le Guin herself began writing as a child (she submitted her first short story when she was 11) and, as an adult, studied literature in the academy while nursing her own aspirations to write. Her first five novels, written between 1951 and 1961, were all rejected.

After a first novel was published in 1966, Le Guin gained critical acclaim with her classics The Left Hand of Darkness (1969), The Lathe of Heaven (1971) and The Dispossessed (1974), as well as several other award-winning books. These were among the fifty or so she had published at the time of her death, at which time, despite ill health, she was still writing.

The Left Hand of Darkness tells of an ekumen, an emissary from an interplanetary federation, trying to establish diplomatic relations with a mind-bending world where genders are fluid and the understanding of reality is correspondingly different in fascinating ways. The Lathe of Heaven uses a hypnotizing narrative where a young boy’s dreams re-shape reality to explore the limits of the messianic dreams of the ego, and The Dispossessed imagines a planetary anarchist civilization (other novels explore pacifism, conflicts between states and indigenous peoples, varieties of socialism, and critiques of capitalism and imperialism).

Le Guin also wrote the revered Earthsea series of fantasy novels which have been ranked with Tolkien and Lewis and came to be known for poetry, essays, realist fiction, and even a translation of Laozi’s Tao Teh Ching, which reflected her long love of Daoist literature and thought.

LeGuin’s work often contrasted different civilizations or sent an outside observer to witness a social and political world, as ways of exploring human possibilities. As she wrote, “To me the important thing is not to offer any specific hope of betterment but, by offering an imagined but persuasive alternative reality, to dislodge my mind, and so the reader’s mind, from the lazy, timorous habit of thinking that the way we live now is the only way people can live. It is that inertia that allows the institutions of injustice to continue unquestioned.”

Le Guin was an outsider, a woman breaking into the “boys club” of science fiction and fantasy. As she famously wrote in 1987 in a letter to publisher John Radziewicz, turning down a request to blurb New Science Fiction, Volume 1:

I can imagine myself blurbing a book in which Brian Aldis, predictably, sneers at my work, because then I could preen myself on my magnanimity. But I cannot imagine myself blurbing a book, the first of a new series and hence presumably exemplary of the series, which not only contains no writing by women, but the tone of which is so self-contentedly, exclusively male, like a club, or a locker room. That would not be magnanimity, but foolishness. Gentlemen, I just don’t belong here.

The year before Le Guin had said, speaking at Bryn Mawr College for a commencement speech,

When women speak truly they speak subversively — they can’t help it: if you’re underneath, if you’re kept down, you break out, you subvert. We are volcanoes. When we women offer our experience as our truth, as human truth, all the maps change. There are new mountains. That’s what I want – to hear you erupting. You young Mount St Helenses who don’t know the power in you – I want to hear you.

Le Guin was also an activist for the field in which she did much of her work, science fiction and fantasy. In 2014, when she was awarded the National Book Foundation Medal for Distinguished Contribution to American Letters, she said she would share it with her fellow science fiction and fantasy authors, “the writers who were excluded from literature for so long … who for the last 50 years watched the beautiful rewards go to the so-called realists.”

In her last years, Le Guin remained sharply alert to the contours of the political and cultural landscape. “The Left is marginalized in its thought,” she wrote in an introduction to a book of essays by the Anarchist thinker, Murray Bookchin, “fragmented in its goals, unconfident of its ability to unite. In America particularly, the drift to the right has been so strong that mere liberalism is now the terrorist bogey that anarchism or socialism used to be, and reactionaries are called ‘moderates.'”

Le Guin was also sensitive to the elephant in the room, the biggest issue of our time which progressives have so often failed to make a priority: the ecology.

“What all political and social thinking has finally been forced to face is, of course, the irreversible degradation of the environment by unrestrained industrial capitalism, the enormous fact of which science has been trying for fifty years to convince us, while technology provided us ever greater distractions from it.” she wrote in the same essay. “Every benefit industrialism and capitalism have brought us, every wonderful advance in knowledge and health and communication and comfort, casts the same fatal shadow. All we have, we have taken from the earth; and, taking with ever-increasing speed and greed, we now return little but what is sterile or poisoned.”

Le Guin’s advice was neither to acquiesce to the status quo nor to take up rigid, unrealistic, or merely symbolic forms of resistance, but to seek the spaces where a patient activist could make change. “There is a middle ground between defense and attack,” she wrote, “a ground of flexible resistance, a space opened for change. It is not an easy place to find or live in.”

Le Guin was one of the great 20th century examples of the artist as radical, not in the sense that she was both an artist and a radical (though she was), nor merely that she expressed her radical ideas in her art (which she did), but in that she wedded her radical social critiques and visionary eye with an art that was authentically beautiful, impeccable, deep, and playful. Her writing was a true wedding between the polemical and the poetic.

More than that, Le Guin never lost sight of the radical needs of one’s own soul- her view of life was never one of fidelity to dogma or a loss of self in the service of revolutionary mechanics- rather she was dedicated to freedom both for herself and for others.