Trump: How He Mastered Media Spin by Fixing an Ice Rink 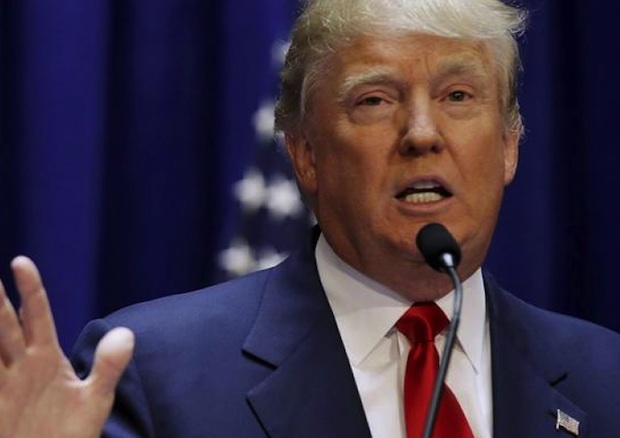 We best understand the world through compelling narratives. Here’s one that helps us process the phenomenon known as Trump for President:

Once upon a time there was an ice skating rink in Central Park that could no longer make ice. No one could figure out how to fix the skating rink. Years went by and millions of dollars were spent and still no ice. One day a white knight wearing a bright red tie showed up and said: “Let there be ice!” Four months later there was ice. When asked by the press why the people had been unable to fix the rink themselves, the knight said, “They’re very nice people and I like them very much, but they’re all idiots!” And everyone lived happily ever after.

Pretty much the true story of the Wollman skating rink fiasco. You can even check The New York Times. In 1986, Donald Trump said in a Times interview, “I don’t want my name attached to losers. So far, the Wollman Rink has been one of the great losers. I’ll make it a winner.” Shortly after, Trump decided to slap his name on Wollman Rink, if you read the fine print. Now, 30 years later, Wollman Rink is a winner and the Trump name is still associated with it. Just check the Wollman Skating Rink website. There it is! The famous or, according to some, infamous TRUMP red logo.

Trump learned that the press likes drama and extremes – positive or negative.

How this all happened underscores the? fascinating impact that Trump is making on the political landscape and the American psyche, irrespective of the outcome of the presidential campaign. Wollman Skating Rink today is one of the most iconic amenities for New Yorkers and tourists located in Central Park just a stone’s throw north of the Plaza Hotel (which was also once owned by Trump).

Having fallen into utter disrepair during the New York City fiscal crisis, and unable to make ice, the city’s Parks Department embarked on a total refurbishment of the facility in 1980, estimating it would take two years to complete. After six years and having flushed $13 million down the drain, the city announced they would have to start all over again and it would another two years to complete. Wollman Rink had quite visibly failed. The Wollman Rink fiasco amplified the public’s perception of the general incompetence of government and their inability to complete even the simplest projects.

Enter the Donald. In late May 1986 the 39 year-old Trump made an offer to Mayor Ed Koch. He would step in and take over the construction and operation of the project for no profit and have it up and running in time for the holiday season. Koch tried mightily and quite sneakily tried to reject the offer; a very public Trump-Koch feud ensued. Trump ultimately prevailed, taking on the responsibility to finish the rink in less than six months for no more than $3 million. The city politicos could only hope that when Trump failed it would divert attention from their own incompetence.

Instead of failing, Trump finished the job in just four months at a final cost 25% below the budget. It wasn’t rocket science according Trump. It was common sense and “management.” But the incident also demonstrated Trump’s mastery and command of public relations and how to attract massive amounts of free press.

Trump learned that the press likes drama and extremes – positive or negative – and was hungry for every morsel about this otherwise insignificant project. Any milestone of the project’s progress resulted in press conferences often ceremony, pomp and circumstance and was frequently celebrity-filled. When concrete was laid: press conference. Construction complete: press conference. The first ice: press conference. The grand opening included Dick Buttons, Peggy Fleming and Scott Hamilton, to name a few. Everything became an event and free promotion. City officials stopped attending press conference because it was actually becoming an embarrassment. The rink, once a perpetual money loser, started making money immediately, which Trump donated to charity.

Trump’s thought process, approach and management style for the Wollman problem is quite accurately laid out in a short and rather entertaining chapter in The Art of the Deal. But are skills used to fix a failed city project transferable to fixing a broken political system?

Maybe more so than people think. In his own style, using only earned media, Trump has dominated the nation’s entire political agenda and its airwaves, created a new language of bluntness, upended political correctness (tone be damned), freely criticized mainstream media and brought to life a moribund citizenry – even if creating a bit of acrimony and anger along the way.

Regardless of the 2016 presidential outcome, Trump might have opened the door for a whole new generation of authentic politicians and non-politicians who can and must learn the skills to use earned media effectively, rather than spend most of their time fundraising and having to beg and plead for unrealistic amounts of money.

Conventional wisdom suggests it takes each candidate about $1 billion to run for president with well over half going to ads on TV, print and digital. Trump is about to shatter that conventional wisdom; he might end up spending nothing for media. He is the media. In doing so, he may have broken the backs of special interests, lobbyists, PACs and Super PACs and a small group of big donors who, for too long, have been setting our political and legislative agenda.