The Woman Who Uses Ancient Cacao Ceremonies To Enhance Meditation 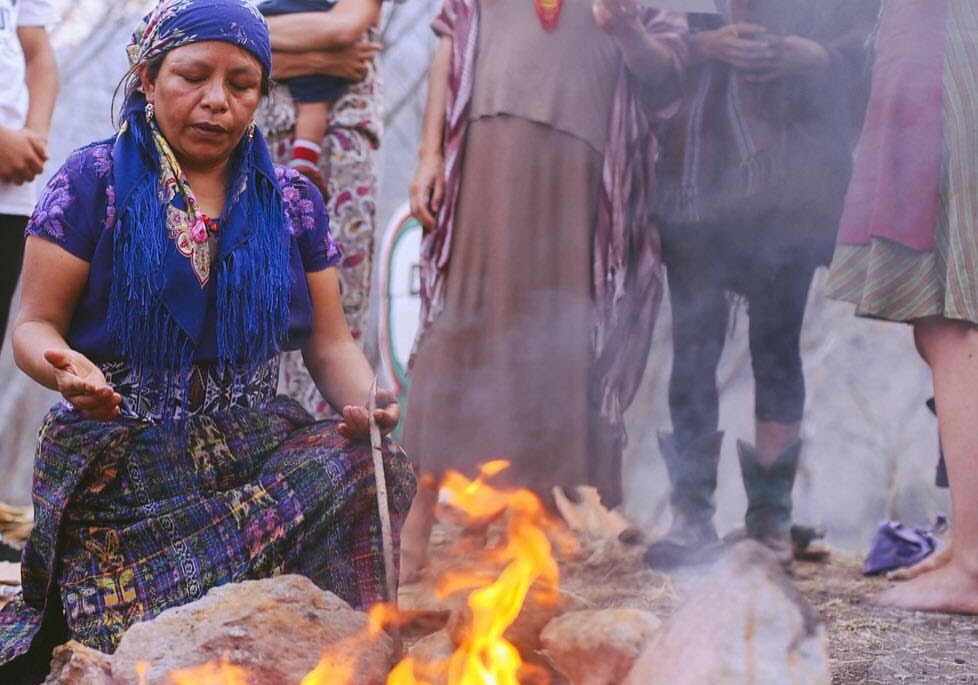 I had heard of cacao ceremonies through Vice videos and other YouTube videos. They had always been framed as being silly and “uppity,” as if people who wanted to go to a ceremony did so because it was edgy and cool. Some clips had people snorting powdered chocolate or claiming that it would make them high enough to “connect with nature.” That. or they were unknowingly appropriating something from indigenous communities in Latin America. Very little seemed to be dedicated to learning about the spirituality or traditions that first incorporated the plant into their everyday lives. Apart from that, I honestly didn’t know much.

So when I went to a women’s circle in Brooklyn, my ears perked up when Florencia Fridman mentioned that she had recently begun to lead cacao ceremonies and wanted to continue doing that full time. I immediately wanted to learn more. She was so earnest and excited about being able to do something she loved that I asked if she had a business card and pocketed it on my way out.

I reached out to the 27-year-old entrepreneur and Brooklynite a few months later and learned about her journey. Fridman is currently dedicating all of her time to traveling and doing the best she can to expand her business, Cacao Laboratory. She uses crops sourced directly from farmers in Guatemala and Ecuador to make and sell ceremonial-grade cacao in the form of a bar. She uses her products at popups, cacao-infused yoga classes, and at events that include sound healing, meditation and dance. She worked in the restaurant industry for years and then decided to take the plunge of pursing her dream of holding classes, working with cacao farms, and traveling late last year.

She recently held a cacao slumber party event that included dancing all night, sunrise meditation and early morning yoga. She feels that providing an experience alongside having the ceremonial cacao for those who attend makes it easier for them to connect with themselves and also makes the event unique to anything else they could find in New York City.

“My whole life has been flipped upside down since I began this journey…the biggest thing is probably the sense of empowerment and creativity it has brought to me life,” she said in an email.

When I asked her, why cacao and yoga… she said that both were ancient practices that have been proven to be healing, thoughtful, and reflective at the same time.

“Cacao has been the union of the ancestral wisdom and modern culture, so it only made sense to combine these forces,” she said. “Cacao also brings more focus and clarity to the mind, allowing you to dive deeper into your practice.”

Her classes are usually an hour and a half or longer and start with students sipping on some cacao, establishing a connection with each other and the ritual, and some guided meditation. Afterwards they practice Vinyasa style yoga. She describes it as an emotional experience for those who attend and says that one of her main goals is for attendees to open up and self reflect on difficult emotions while still learning about and respecting the Mayan culture and nature-based spirituality.

Fridman consults regularly with her nana, or Mayan spirit guide, who uses visualization and story telling to help others meditate. Together, they hold full moon fire ceremonies, and teach those who attend about the importance of a connection to nature in today’s modern world. Fridman’s nana also teaches about the Mayan calendar and Nahual, which, according to Mayan spirituality, is a person who has the power to transform spiritually or physically into an animal.  Visitors also learn about Pachamama, which to many indigenous traditions throughout the Americas is often referred to as time, Mother Nature, or Mother Earth.

Fridman is aware that appropriation is an issue, which is why she wants to receive as much perspective as she can from her spirit guide and other indigenous Central Americans. It’s a topic that hits close to home because Fridman’s family is also Latin American and she is part indigenous on her father’s side of the family.

According to Fridman, their spirituality is often stigmatized to this day.  Though 65 % of Guatemala is made up of indigenous people, Mayans weren’t given human rights until the early 1990’s. The gap of opportunities between them and Eurocentric Latinos in the country is still noticeable to this day. Fridman hopes that helping spread their wisdom will increase opportunities for spiritual healers in Central America to spread their culture. She wants anyone who is interested to learn directly from the Central American shamans.

“I did an event with my nana [spiritual guide] in Brooklyn and all kinds of people came,” she said. “We were all there together learning and healing and it was beautiful.”

She recently did a tour throughout different locations in the United States including Chicago and Philadelphia. If all goes well, she wants to take the cacao yoga to an even wider audience.

“I’d like to organize a retreat in Nicaragua with surfing, cacao, and raw foods,” said Fridman. “It’s not just about being healthy but embracing everything about it and having fun with it.”

She is also considering having events in Argentina, and maybe even Europe in the future if all goes well.

As for any other potential entrepreneurs who want to turn a lifestyle or sense of spirituality into a business, Fridman wants them to try. She knows that if she hadn’t taken that leap, she would always wonder about what could have been. Fridman especially thinks that learning how to run Cacao Laboratory and learning how to set up meditation sessions and yoga sessions has been worth getting out of her comfort zone for. She also feels that “it’s been a beautiful journey to get to know these traditions and cultures.”

“We’re responsible for creating a change and there are so many unlimited possibilities, we can open so many doors and take ourselves to a higher potential.”