The Talmud And The Responsibility To Protest 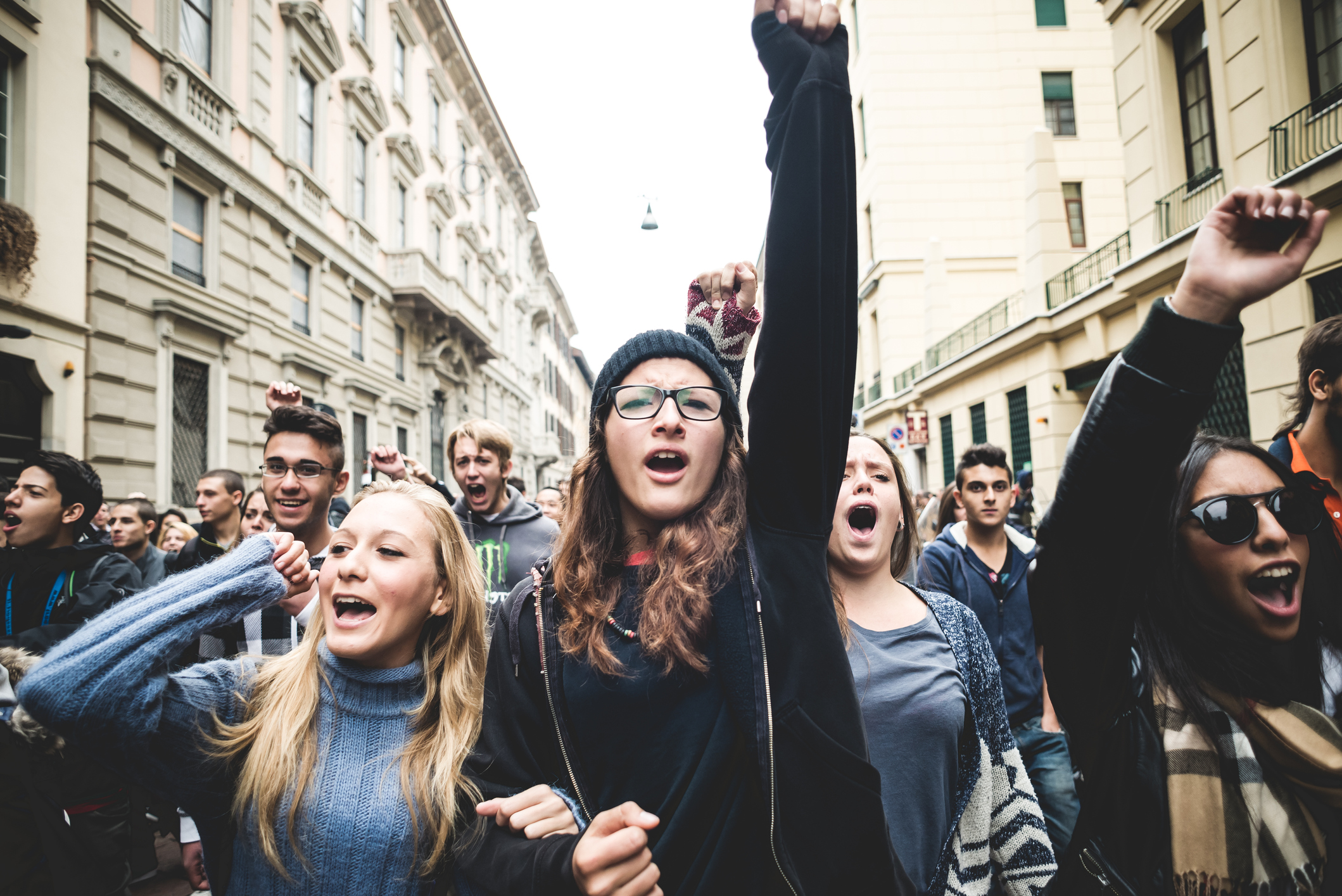 Do we have a duty to protest things we believe to be wrong? What is the extent of that duty? Do we bear responsibility for things we do nothing to stop? What else, beyond protesting, is our obligation?

These are all living questions today. Social media has expanded both our knowledge and our ability to protest, while also inviting criticism of online “SJWs” (social justice warriors) who, studies suggest, do something about the injustices they protest in an inverse proportion to how often they post about them.

Admittedly, the chaotic welter of righteous indignations we now find on Twitter, Facebook, and in the comment sections of online publications is enough to make any sane person doubt the usefulness of ever saying anything again.

What does it do to us when we hear of an injustice and say nothing?

On the other hand, maybe saying something does nothing?

Enter the Talmud and a story about a cow, with thanks to Aryeh Cohen, the scholar whose Talmudic study Justice in The City introduced me to our bovine friend.

“Rabbi Elazar ben Azaryah’s cow would go out with a strap between its horns against the will of the sages.”(Mishnah Shabbat, 5: 4).

So says the Mishnah, the earliest book of Jewish law outside the Hebrew Bible. It is referring to a Sabbath regulation. The sages had ruled that a cow should not go out with a strap on its horns during the Sabbath because this would violate its laws, yet Rabbi Elazar’s cow does anyway. The older Talmud, the Yerushalmi, treats this strange sentence as saying that this Rabbi sent his cow out to protest the sages’ ruling that it was forbidden, which he disagreed with. The sages of the Talmud written in Babylon (and finalized in what is now Baghdad, Iraq) read what’s happening totally differently.

A brief Talmudic lesson: if a community leader does not protest someone’s wrong action, they become responsible for it.

Not so fast. The Talmud continues:

Yikes. Does that refer to us protesting against something other civilians are doing wrong, or does it also apply to the government?

“Why is it written: ‘The LORD will enter into judgment with the elders of His people, and their princes” (Isa. 3: 14)? If the princes sinned, what did the elders do? Rather, say that the elders did not protest against the princes.”

“Elders” though, eh? So maybe we’re back to leaders in the community alone having this responsibility? Should we really protest what our higher-ups are doing, or should we leave that to our “elders”?

The Talmud tells a story that visits that question, the last one we’ll look at here:

R. Yehudah was sitting in front of Shmuel, his elder and teacher. A certain woman came, and she cried out before Shmuel, who paid no attention. Rabbi Yehudah said to Shmuel, “Does the Master not hold that ‘One Who stops his ears at the cry of the poor, he also shall cry himself, but shall not be answered?'” (Prov. 21: 13).

Shmuel, however, replied that the responsibility lay with Mar Uqba, the head of the Jewish community, and not him. (Before you Ben Shapiro loving libertarians out there get in a tizzy over the implication here that Shmuel became hard-hearted because he relied on the government to dole out justice, you should know that the Talmud and Jewish law, in fact, rule that the government should compel the wealthy to take care of the poor if they fail to do so.)

Who was right, Rabbi Yehudah or Shmuel? A tradition quoted by Aryeh Cohen explains a near-death experience had by one of the sages which bears on this story. The sage, back from the other side, said he “saw an upside down world.” The Gaonim (leaders) of the Babylonian community said that this refers to the sage seeing Shmuel sitting at the feet of Rabbi Yehudah in paradise, learning from his student who protested Shmuel’s hard-heartedness to the poor in this world.

Rabbi Menahem HaMeiri, a great sage who lived in Provence in the thirteenth and fourteenth centuries, wrote that, just as the government is obligated to protest injustices amongst the people, so are people obligated to protest injustices in the government: “The king is punished for the sin of the nation because he did not protest against them, and the nation as a whole is punished for the sin of the king because they did not protest against him.”

Taken all together then, we can see that the Talmudic texts we’ve quoted strongly support the obligation to protest. This refers to members of one’s own family, people, or the whole world, and falls on both community leaders and the average person. Lastly, one is not exempt from protesting the actions of one’s own teachers or “gurus”, or those of the leaders of one’s own community generally.

What, however, if the people will not listen? In another Talmudic story, Rabbi Shimon objects that those he should protest will not listen. “They will not accept the rebuke from me,” he says.

“Even though they will not accept it,” Rav Zera told him,  “the Master should rebuke them.”

What, though, of what we said above, that many SJWs seem only to protest while doing nothing in the real world to change injustices?

Well, as Rabbi Shimon ben Galmliel said, “The speaking of Torah is not what is essential, but the action.”

Protesting itself is an action, of course, and one we know sometimes provokes change. Merely verbal protest, however, is clearly not as effective as embodied protest and organized political action. We should all look for ways not just to speak about injustice, but to change the conditions which give rise to it.

Yet even when we can’t do anything to change the facts, the Rabbis support us at least registering a verbal protest. Cohen himself explains why:

Not protesting injustice does something to us- it dulls the very “image of God within,” the divine spark that discerns injustice and revolts against it. To protest injustice, then, even if it does not change things, is something which keeps our very souls alive.