The Surprising Things I Learned About Marriage By Officiating Weddings 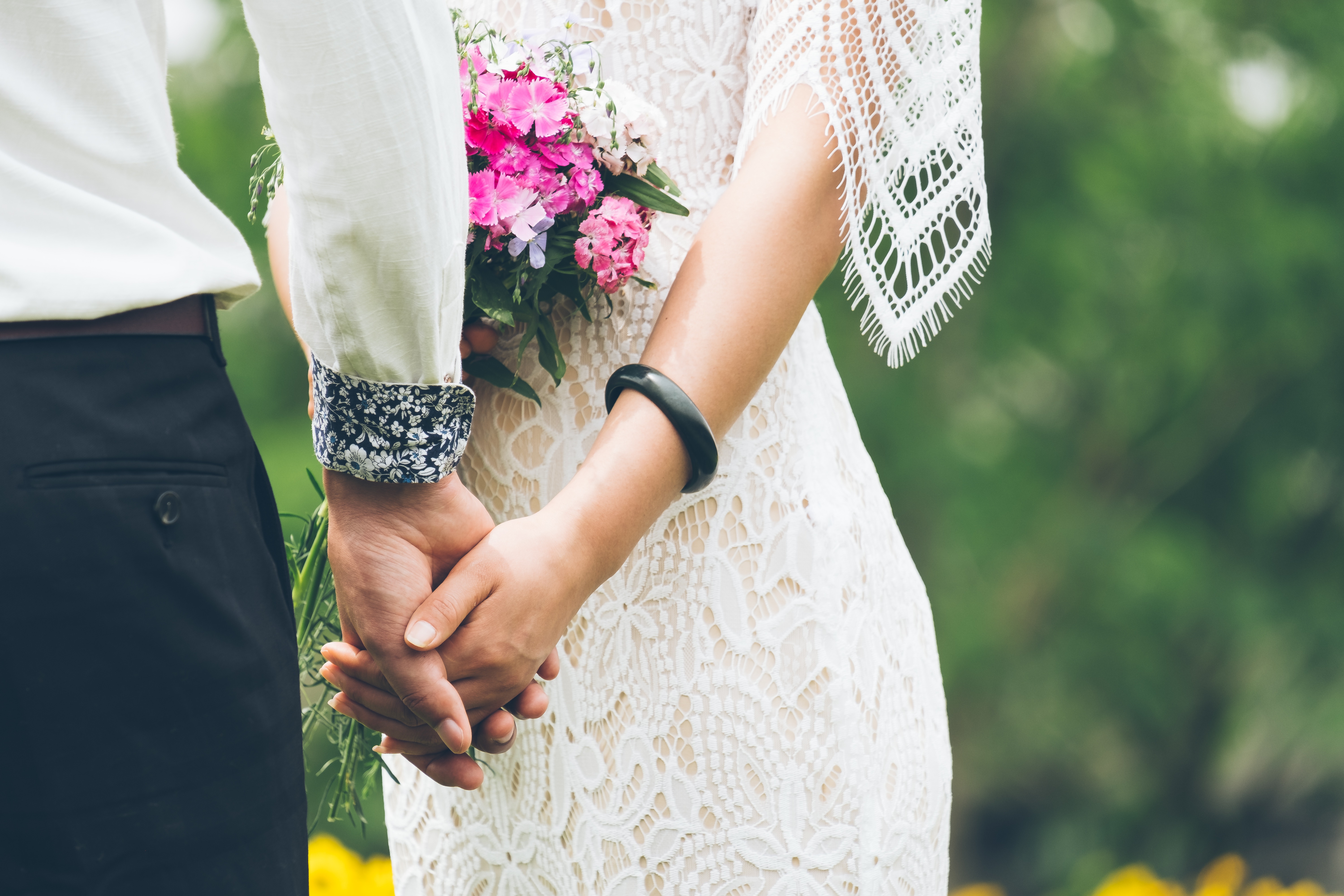 A little over a year ago, I discovered there was something called Wedding Season. Some people–event planners, DJs, makeup artists and photographers–are intimately acquainted with its existence. But for those who aren’t, Wedding Season is that time from June to October when oodles of people all across North America get married. They say their “I do’s” on mountaintops and in art galleries. They promise to love and be faithful to each other in ballrooms and backyards. And they do it en masse, one after the other for these four gorgeous months while the weather is nice and family and friends can easily travel.

I discovered this pool of reality by jumping into it myself. Last weekend, I finished my first proper season as a full-time wedding officiant. I took on the role that, in the movies and real life, involves asking “Do you take this person to be your wife/husband?” and making sure everyone stands where they’re supposed to stand and says what they’re supposed to say.

I expected the job would be fun, and it is. I expected it would sometimes be stressful, and it is. What I didn’t expect is how very much I would learn from it, and two things especially.

First, I learned that marriage isn’t going out of style. I confess, I thought it was, and many people, on finding out what I do, express similar concern for the institution. The mainstream Canadian culture in which I live doesn’t expect people to marry young (contrasting sharply with what I experienced growing up in the evangelical subculture of the United States). Premarital cohabitation is considered a normal, necessary step in a long-term romantic relationship. Buying a home together, moving cross-country, and even having children without being married are perfectly normal and acceptable choices.

Before becoming a wedding officiant, I took all of these cultural realities to mean that couples these days rarely bother getting married. I’m happy to say I was wrong. The demographics and timing of couples may have changed, but plenty of them still take the official, public plunge into wedded bliss. And I can’t tell you how much joy I’ve absorbed in the flower-adorned, cake-concluded reality of individuals choosing to love this one person their whole life long: someone to build a home and a future with; someone to put up with and go to bed with and be faithful to in riches or poverty, sickness or health. The path to lifelong faithfulness may have changed since I embarked on it with my husband nearly 18 years ago, but at the end of the day, people are still choosing to take it. I find that endlessly encouraging.

Second, I’ve learned that there is plenty of theological beauty and truth even in the least religious of weddings. Despite the fact that I am an ordained minister, most of the ceremonies I perform now are not religious. In fact, many of my couples explicitly ask that there be no religious content whatsoever (another ode to the larger, mainstream culture in which I live). Since my job is to celebrate the couple and their values–and because I don’t like being a jerk–I always respect this request from couples when they make it.

I often get asked by my clergy and religious friends what I can possibly talk about at a wedding if I’m not following the set liturgies of the church. What can you say, they wonder, if you’re not building a ceremony around Jesus’ miracle at the wedding in Cana or Paul’s love chapter in the book of 1 Corinthians?

The answer is simple. I talk about the mighty, God-given faculty to love in the most intimate relationship two people can have. I speak–though not using religious words–about what it looks like to love your neighbour as yourself when your neighbour is the person with the power to steal your heart…or break it.  I rarely read 1 Corinthians 13, but when I share my couple’s stories with their friends and family, they inevitably bear witness to its truths: that true love reveals itself in patience, kindness, humility, mutual service, hope, and perseverance.

Growing up in the church, I was led to believe this kind of love could only happen between two Christians (though I suspected, even as a child, that this wasn’t entirely true). I’m happy to say that, to quote a movie one couple asked me to reference at their wedding, “Love, actually, is all around us.”

This lines up with a theological truth I learned, first in college and seminary and then in the pastorate: that God is constantly doing His loving, creating, redeeming thing, not just among people of faith, but all people. We are invited not to go into a new situation or relationship figuring out what we need to do to fix it, but rather to find out what God is already doing and celebrate it. And if that’s true–as I believe it is–then good, praiseworthy love can and will be found outside the confines of my faith or anyone else’s.

I end this wedding season feeling grateful and hopeful: grateful for the chance to meet and celebrate with such remarkable people whom I would never have otherwise known. And hopeful, because there are still people all over the world and in my little corner of it who are moving towards one in another in love. However discouraged I may be by the latest headlines or life’s sorrows, I’m reminded time and again that love remains a mighty, active force. To paraphrase St. Paul, love is–and always will be–the greatest of all.