The Illusion That We Suffer Alone 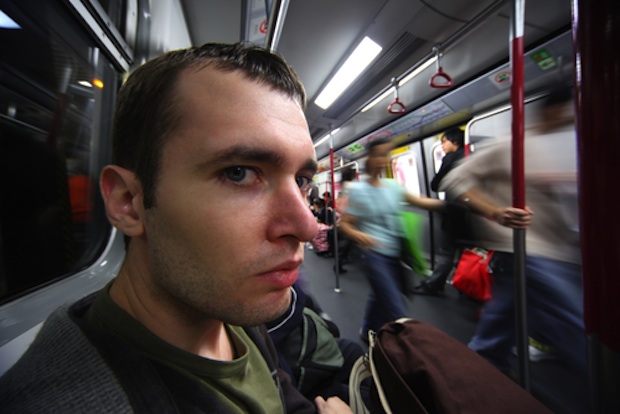 Years ago, during the time that my father was struggling with Alzheimer’s, I happened to catch an interview with the son of Christopher Reeve on television. He was overjoyed that his dad had been able to move his pinkie, a feat he’d not accomplished before. I watched, in awe, as this son described in triumphant detail how amazing it was what his father had done. It put my own pain and struggle into immediate perspective.

Thinking about this today reminded me that no matter what kind of burden we may be carrying, there are so many other people trying to cope in situations that may be worse than ours – the suicide of Robin Williams, the abject anguish of the people in Ferguson, Missouri. It made me wonder – is pain the thing that connects us all?

I’ve always thought that when tragedy strikes a life, it’s as if that person joins an invisible club.

Does the mother with a daughter who is dying from cancer somehow feel more pain than the man who is riddled, daily, with paralyzing anxiety due to an accident he had many years ago? Is there a way to measure pain or is it all the same, springing from that place inside of us that feels how difficult it can be to be human? And is that the thing that gives us all an unbreakable connection?

I’ve always thought that when tragedy strikes a life, it’s as if that person joins an invisible club. A kind of club that is tethered together by an intricate, tangle of collective anguish that enables those in the club to feel less alone and, in some instances, more hopeful.

A dear friend once confessed to me that he used to walk down the hall of the hospital where his son was battling leukemia and watch another father, who could often be found holding his own young son who had been diagnosed with brain cancer. My friend would stand at a window and watch them from above and remind himself that there were others in a similar, unimaginable situation to his – that invisible club – and although the circumstances might not be exactly the same, just knowing that he wasn’t alone made him feel that he and his family were going to make it.

So, the next time you find yourself in a difficult situation, take a minute to reflect on the people that are feeling exactly like you – hopeless, confused, heartbroken, whatever it is that has thrown you for a loop – and let that realization wash over you and remind you that you may be struggling with what it is to be human, but you’ll never be alone with that worthy challenge.