The Spiritual Power Of Embracing Uncertainty 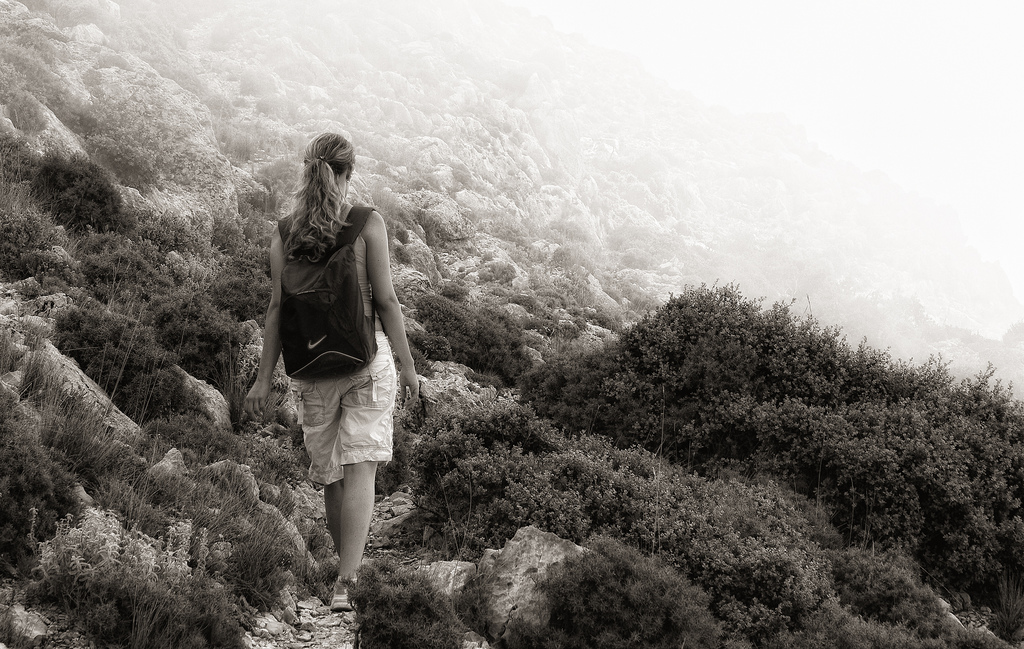 Many years ago, when I was a student chaplain at Albany Medical Center during my first year of rabbinical school, I took the Myers-Briggs Personality test. Everyone in my chaplaincy cohort took the test, and then we talked about the implications of where each of us landed on the various spectrums: from introvert to extrovert, feeling to thinking, and so on.

One of the things that the test measures is comfort level with uncertainty. Imagine that you have a decision to make, but you haven’t yet definitively chosen one option or the other. Are you more comfortable in the not-knowing, the Schrödinger’s Cat state where you could choose to open either one door or the other? Or are you more comfortable once you’ve made a decision?

I’m in the latter camp. I’m happiest when I have made a choice and can act on it. The in-between phase, when I’m poised on the fulcrum of a decision and could fall either way, is frequently unsettling and uncomfortable for me. And that’s part of why living with not-knowing is such an important part of my spiritual practice — both because it doesn’t come naturally to me, and because I think it’s an essential part of being open to holiness unfolding in the world.

I like certainty. I like feeling rooted. I like knowing where I’m going and what happens next. And I know that in all of those things, there’s danger — because it’s easy for certainty to become my idol, the thing I serve. And if I’m serving my need for certainty, my need to have the answers and to know what comes next, then I’m not the person I want to be.

As the work of spiritual direction reminds me, God (if that term is loaded for you, perhaps substitute “holiness” or “meaning”) is often found precisely in uncertainty. In the not-knowing. In the sense of mystery that can suffuse the world in which we live, if we allow ourselves to be open to it.

Precisely because I so cherish my certainties, I try to cultivate the spiritual practice of not grasping for them. There is value in not-knowing, and in being open to possibility. That kind of openness takes practice. A muscle that’s never used can atrophy. The same is true of our spiritual muscles, too. We need to use them regularly in order to keep them supple and responsive. And that includes the spiritual “muscle” of opening the heart to not-knowing.

When we become too attached to the things we think are certain, there’s a risk that our spirits can calcify and harden. We can become spiritually unbending. This limits our range of spiritual motion… which can in turn leave us unable to open, even if we later find that we want to try.

The Pharaoh in the Exodus story repeatedly hardened his heart against the Israelites and their plight. After several iterations of this, the text tells us that God hardened Pharaoh’s heart. My favorite interpretation of that textual shift (from Pharaoh hardening his own heart, to God hardening it for him) is that once Pharaoh had accustomed his heart to being hardened, he was then unable to change. When we accustom ourselves to not opening to the unknowable, we shut ourselves off from the flow of spirit in our lives.

Living with not-knowing is hard. I want to know: what comes next? How does the story end? Will I get the things I yearn for? Whatever it is that I pine to know, the thing that my mind most wants to clutch and hold on to, is the thing that gets in the way of the work of being in not-knowing. And it is work: it’s a practice, and I fail at it often, and it is not easy. But when I can catch myself grasping at certainties and gently encourage my heart and spirit to let those certainties go, the reward is a spiritual spaciousness. An openness to whatever comes.

As the Psalmist wrote, “From the narrow straits I called to You; You answered me with expansiveness.” There’s comfort in narrow straits sometimes. But if I can be brave enough to step out of my own narrow places, and to open myself to not-knowing, what I find in the not-knowing is the gift of an expansive heart.