Sometimes, All It Takes Is A Miracle 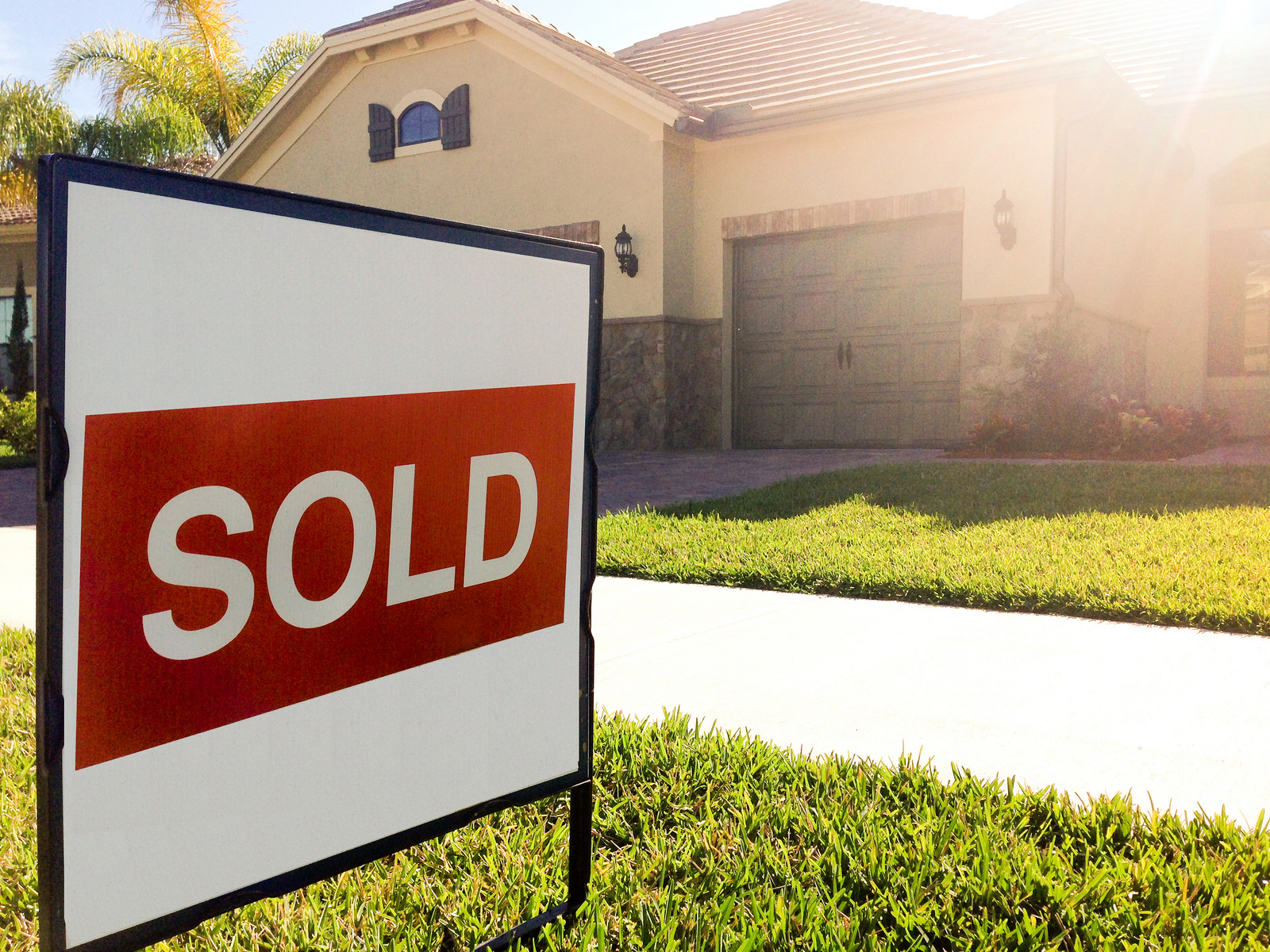 Sometimes, all it takes is a miracle, no?

Our house had been languishing on the slumped real estate market for nine months, enough time to bring a new life into the world and way more time than I wanted to keep paying the mortgage.  We were living with a relative in a different part of the country than the house was, grateful that at least we only had to pay one mortgage.  All our belongings were in storage, at our realtor’s behest, because she believed the house would sell better empty.  Our kids did not like being cramped into 3 rooms of living space without toys, a yard to play in, or friends nearby.  As the months drew on, my husband and I made an executive decision:  We would rent the best available house by the beginning of the summer and pray hard that our own house sold shortly after so we wouldn’t be saddled with two sets of payments for long since we’d already had that unpleasant experience.

I was feeling anxious about this decision to rent without selling first.  What if it still took a while to sell our home?  How could we possibly manage?  I had a sense of dread and foreboding the morning we were scheduled to sign the lease on our house.   I was wholly uncertain that it was the right thing to do.

We entered the realtor’s office and met our future landlady.  She told us that she had raised her family in the house and though she hadn’t lived there for 20 years, was not ready to give it up and sell it.  Something felt comforting about that, perhaps that a home even after she hadn’t lived there, carried so much worth to her that she did not want to sell it. Or, maybe thinking of a family with happy memories in a place they wanted to be attached to gave me comfort.  I just felt an odd sense of peace, and  a kind of resolved determination that this was the right thing to do. I am, unfortunately for my family that has to live with it, one of the world’s biggest second guessers.  Maybe we shouldn’t have done X, because now we can’t Y.  Do we really want to do Z now?  I am rarely decisive about anything, much less signing a lease for a year on a property without knowing  whether I will be in the untenable position of paying two mortgages.  But I felt calm and relaxed leaving the office with my newly inked lease in my bag.

I asked my husband, as a favor to me, if we could drive by our future home, only a few blocks away.  We were sitting in our car, in front of the house, when his cell phone rang.  Though he is a rabbi and a hospital chaplain, he has a work cell phone and doesn’t give his personal number out to many people.  He handed me the phone since he was driving.  I looked at it – a Minnesota number that was unfamiliar.  I answered and the man on the other end of the call told me he was calling about our house for sale.  He wanted to rent it, starting as soon as we could arrange it, and then buy when his own house was sold.  After trying to sell for months, paying mortgage and utilities and storage for our belongings, this was an unbelievable stroke of luck.  After I hung up, I started crying.  I couldn’t believe we had  a solution for the problem of selling the house that had plagued us for the last nine months.

This call, received right after we signed a lease, felt like a miracle, direct divine intervention, helping us get on with our lives.  Of course the details had to be worked out, lawyers and inspectors involved but finally, finally things were happening.  We were moving forward.

Was it really a miracle?  What if this guy couldn’t sell his house or couldn’t get a mortgage and we had to put our house on the market all over again?  Our problems were only temporarily forestalled, not completely over.

The Talmud gives contemporary Jews a good example of how to approach miracles, in telling us not to rely on them, in a story about Purim.  The story is about a group of rabbis having a Purim feast and in the madness  of his drunken stupor, one rabbi accidentally killed another.  When he became sober enough to realize what he had done, he prayed for his dead friend to be revived.  The friend came back to life.  The next year, the accidental killer invited the revived man to his Purim feast, and the man refused, saying, “One can’t rely on miracles.”  This about sums up my attitude to the miraculous – there are marvels that occur in this world, inexplicably, but we cannot rely on them.

In my gratitude to God for what I consider my own personal miracle, I wanted to tell as many people as I could.  I felt so fortunate that I had a renter.  I told a rabbi friend of mine who said, “I’m happy for you, but doesn’t God have better things to do? There are much worthier uses of God’s time than helping you find a renter.”   She went on to decry people who believe God helps them find parking spots.

I, too, am troubled by a theology that says God is with me when things go well, because the flip side of this is that God doesn’t care when things go wrong.  Does God want innocent children to die of cancer or people in Japan to suffer because of natural cataclysms?

When my husband got a new job after a stretch of being employed part-time, another rabbi friend told him, “Hashem wanted you to have a job. “Does that mean God wanted him not to have a job too?  There is a verse in Isaiah 45:7 that says, “I form the light, and create darkness, I make peace, and create evil.”  In the morning prayers, Jewish tradition has changed this verse to state “I make peace and create all.”  We don’t believe that God creates evil, but that God is a creator.  God may not be able to control every aspect of nature, such as earthquakes, tsunamis or cancer, many modern theologians believe.  I do believe that  God can, through connection to Jewish ritual and practice, enable us to cope with whatever is given to us.

A few days after my renter called, I Googled myself, and found out there  had been a notice  in the local Torah Academy newsletter.  A few weeks ago, I sent out a few emails  after hearing from friend of a friend who had interest in the house.  I decided that I needed to get more word of mouth going and sent a link with the listing to some schools and synagogues in my neighborhood to put a short note in their newsletters.  I hadn’t heard back from any of them that they were willing to do this, so didn’t think any more of my five minutes of effort in sending out a few emails.   My renter told me that he’d heard about the house from someone I didn’t know who he had Shabbat lunch with.  That person must have read the newsletter.  Perhaps my renter is  not so miraculous.  But timing is everything, as location is in real estate.

One of my Bible teachers at Hebrew University, Yair Zakovitch wrote a wonderful short book on the Concept of the Miracle in the Bible.  One of the points he makes is that all the miracles in the Bible can have natural explanations.  The sun standing still in the book of Joshua can certainly be explained by a solar eclipse; there are a variety of natural factors which could conceivably have caused the Red Sea to part and make it possible for the Israelites to cross on dry land.  What does give these events the stature of the miraculous is their timing.  The sun stood still when Joshua asked it to, the sea parted in time,  and the fire Elijah requested to show the priests of Ba’al the power of his own God came as asked.  It is not what occurred, but when and how.

I freely admit my publicity efforts were at the bottom of finding a renter for my house. Yet,  I contend that getting a call immediately after signing a lease on a house, precisely at the moment  I was sitting in front of that house, constitutes a miracle.  A recent work of theology by a contemporary rabbi, Naomi Levy, is titled Hope will find You.  To me, that is the one of the purposes of Judaism:  to create hope where there is despair, fullness where only emptiness had reigned, and meaning and purpose in our lives.  Sometimes we are privileged to have miracles done for us; the trick is to acknowledge them.