Some People Need to ‘Stay Weird’ to Stay Alive 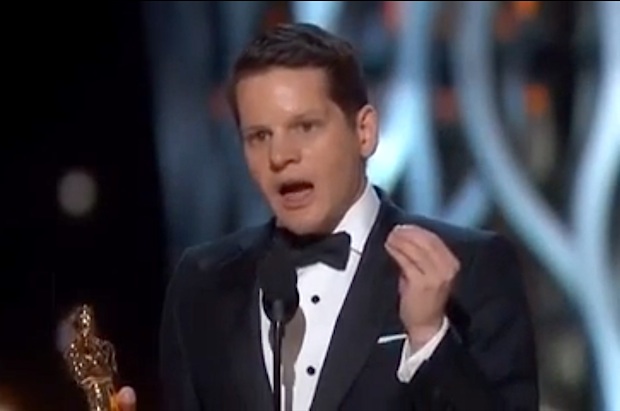 When I was 16, I tried to kill myself.” As one who lost a beloved relative to suicide almost exactly one year ago to the day, I was moved more than I can say by those words, uttered so gently and so sincerely by The Imitation Game screenwriter Graham Moore as he accepted his Academy Award.

Moore’s words touched hearts and minds across the nation, and around the world. How could they not? Coupled with his advice, for anyone who feels so odd or out of place that life seems unlivable, to “stay weird” and things will work out, his speech was the highlight of the Oscars broadcast. Watch his moment in the spotlight here:

We all need hope. And the more hopeless things seem, the more we need the encouragement of others. By offering both, Moore did what so many award-winners attempt to do in their acceptance speeches – to make a difference. It worked where many others have failed, because he shared a piece of his experience. He humanized what’s so often theorized, and in doing so, spoke to people across many divides that usually only help correctness get in the way of compassion.

While Moore clarified after the broadcast that he was a depressed kid and identified with that about WWII code-breaker Alan Turing (his film’s subject, who killed himself after his 1952 arrest for homosexuality), it made me consider the labels we all know exist in our world. When thinking of someone who may identify with a group you don’t generally feel comfortable around – whether it’s a certain profession, background, political party, faith or sexual orientation (i.e. a “label”) – have you ever said, “Oh, I don’t mean that person”? By focusing on one person, a familiar individual, your response is typically so much more gentle and humane than your generalized opinion of the overall group.

When uttering the words “I don’t mean her (or him),” we’re stepping away from seeing people as types, toward seeing them as people. It’s a big step, an important step. And while it might seem obvious, I don’t know anyone, including me, who can’t do better when it comes to taking those steps.

Moore humanized what’s so often theorized, and in doing so, spoke to people across many divides.

We shouldn’t beat ourselves up over this. It’s part of being human. We make sense of things by making patterns which allow us to move through life more efficiently, and without the need to cautiously consider our every move. That is a hugely important skill. It’s just not the only one we need, when it comes to making sense of the world.

Sometimes, as psychologist Dan Kahneman might say, we need to “think fast” and at other times we need to “think slow.” Moore slowed down the world last night, and for that, he deserves a statuette and so much more. Yet that can’t be the end of the story; each of us still has a role to play.

When Moore, 33, encouraged people to “stay weird,” he did so based on the happy outcome of his own story. But triumphant outcomes are not assured, certainly not for people who feel different. That’s where each of us comes in.

Who doesn’t know someone we think of as weird? Who doesn’t know somebody who just doesn’t seem to fit in? What if we could fit them in, just a bit better – into our understanding, our hearts, our lives – and make sure they knew we were doing so? What if we turned to them and said, “You may be weird, but you’re my weird, and you’re not alone.”

Happy outcomes are never assured, and suicidal people suffer an illness which cannot be reduced to a single cause. On the other hand, a suicide may be preventable because of a single intervention – one which begins by promising companionship and compassion, especially to those whom the world considers “weird.”