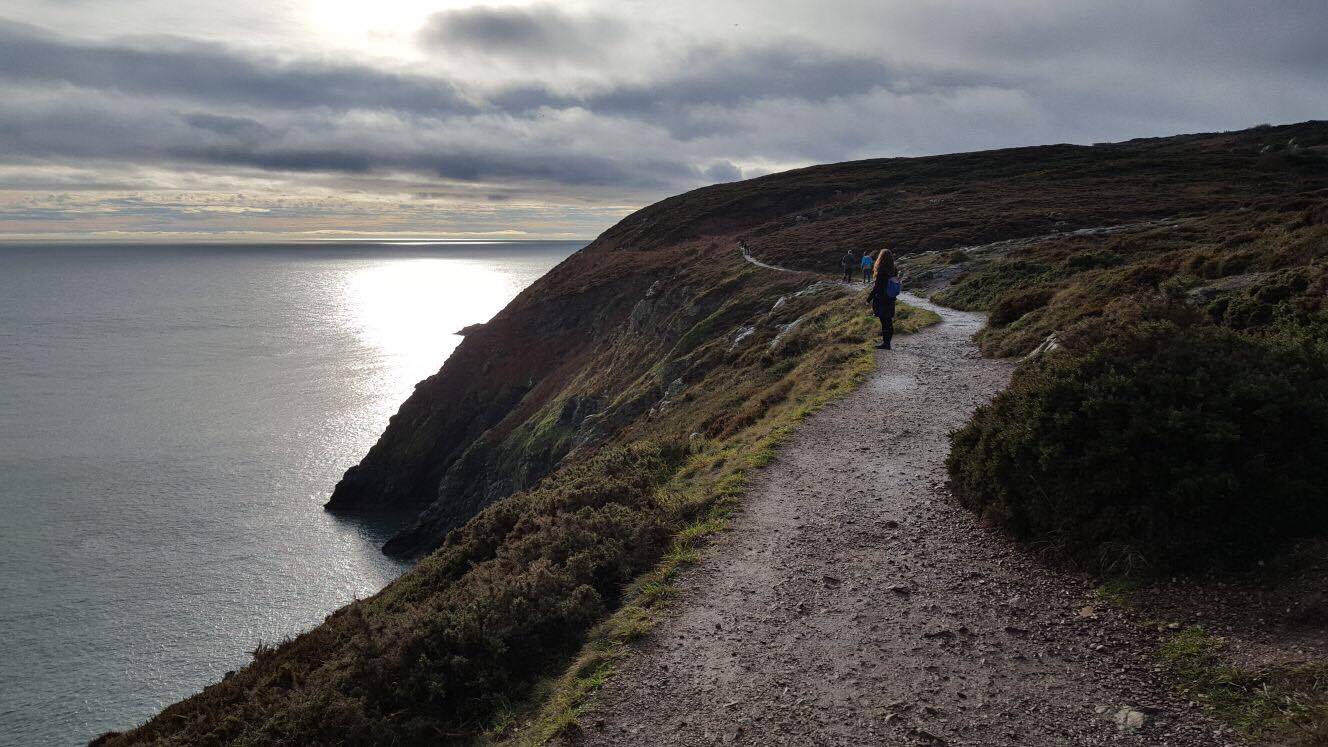 When I booked a ticket to Ireland my heart started to palpitate in a way that made me rethink my identity. As the confirmation email gracefully landed in my inbox, reality hit me square in the face.

What the heck did I just do?

Some say a great trip is born from the desire to escape; to break the bounds of the conventional and say yes to the itch in your soul that says, “Get the hell out of here.”

New York can be imprisoning in the most wonderful of ways. The skyscrapers with their unique way of blocking out the sun, consuming any hope of natural light. A city of opportunity has left me feeling premature and underage: was I ever meant to make it in a place like this one? I never imagined in my wildest dreams that I’d end up living in New York City, working a 9-5, complaining about it using the same language as all the other troubled humans who compromised their dreams for something more… practical. An angry voice inside scolds me for my conformity, my compromise.

The same chatty voice that possessed me to click “confirm.” I don’t often have clarity in my decision making – but choosing to spend a week in Ireland was the first choice I made in ages that felt absolutely and entirely pure and correct. New York, city of dreams they said, New York, land of opportunity, they said, New York, now the tiny blip of landmass below my anxious heart as I zoomed upward and onward on a journey I never knew I had the strength to take.

Traveling alone means leaving your fears at the airport with the fumes from your stinky socks and the anxiety that comes from carrying your passport on your person. Traveling alone means being responsible for yourself, your mental health, and your sleeping arrangements. It means planning out your days and purchasing maps and taking out books. I had dreamt of going to Ireland ever since taking a class in college on Irish literature as an elective for my minor. I had fallen in love with the writings of Yeats and Heaney and the mysticism that simultaneously uplifted me and frightened me deeply.

Escapism in its most natural form: searching for meaning in the mundane, themes of longing to return home, or to some greater source. I craved the green hills and the self-playing instruments, the overly romanticized pub culture and musicians who meant what they said. I wasn’t afraid to be a tourist, however, when I disclosed my plans to travel to Ireland with my friends, I was often faced with the reverberating question of, “Who are you going with?”

For the sake of my own entertainment and eventual annoyance, I made sure to answer differently each time:

I’m going with whoever I find on the way…

I initially chose to keep the golden ticket in my inbox as private as I could. I felt strange about sharing my plans. Perhaps it would come off as bragging or false-bravery. Most of all, I didn’t want to devalue my own decision – the faith I had in myself that many close friends didn’t seem to reciprocate.

Yes, I can be a bit of a mess. I get lost everywhere I go. I lose my keys. I can’t read a map for my life. I hate planning. I value good company. I don’t blame my loved ones for doubting me, but I’ll never stop appreciating the ones who pushed me. The ones who believed in me and saw past the clutter on my night stand and the numerous open tabs on my computer.

Traveling alone taught me to silence the noise around me in order to listen to myself. It taught me to pay attention to my surroundings instead of following the person in front of me who must know better.

I learned how to talk to strangers and how to judge character. It is too often that our friends encourage us to stick to what’s normal and safe. How often do we sit down next to a stranger and just introduce ourselves?

You’re a map maker, a cartographer, an explorer, a nomadic, hopeful owner of your own experience.

I spent hours at the Yeats exhibit in the library, admiring his life and history, reveling in the floor beneath my feet which he so likely tread upon; his love for Ireland, his unique personification. I roamed the frigid Wild Atlantic Way, letting the wind freeze my exposed skin as I hummed along to its freedom song. I asked for directions. I spoke aloud to God, I let myself get lost.

I went out at night with the people I met in my hostel. I found fiddle players and self-playing harps. I woke up early, I went to sleep late, and I went wherever I wanted.

I met helicopter pilots and rocket scientists and a woman on the run from her abusive partner. I became a friend and a listening ear to someone with children my age. I grew. I poked a hole through the shield I had carefully woven over the course of my life. From there, I kept on tearing.

I looked for God everywhere I went. In other people’s stories, in the great Cliffs of Moher, in the suburbs of Dublin, in the River Liffy, in County Wicklow and its Guinness-black lake. I looked for God beside me as I perched nightly on a wooden bar stool, waiting for the music that would carry me over for the night. I learned to take photographs by looking for vertical lines in nature and gracefully lining them up. I reached out to my family nightly to let them know I was safe and okay. More than okay really.

As I waited to board my flight back to New York, a man about twice my age addressed me. The flight was delayed and there was much to complain about. Instead we spoke about the reasons for our travels.

The man told me his wife was getting her PhD in music composition at Trinity College. Immediately I raised my eyebrows as just previously, the man told me that he lived in Connecticut. He began his tale.

“My company wanted to transfer me to Dublin and my wife refused to do nothing as I continued to grow in my career, so she applied to Trinity to further her music education. At the last minute my company decided to keep me in the States, but she had already gotten into the program and wanted to go.”

So she went? I asked.

I was baffled by this unconventional couple and the path that life had taken them. He assured me that it was a good thing — that after 25 years of marriage, being apart is extremely healthy. It teaches you to get your footing, to learn how to be alone, to be the version of yourself you hadn’t known in years, for better or for worse.

The man went on to ask me who I had been traveling with. I told him I had chosen to gone on my own.

I proudly digested his reaction. I had met a man at one of the hostels I stayed at who said that if I had been his daughter, he would’ve been worried about me.

At that point in my journey, it was clear that there was nothing left to worry about.