Repair and Reconciliation: Coming Back From a Broken Place 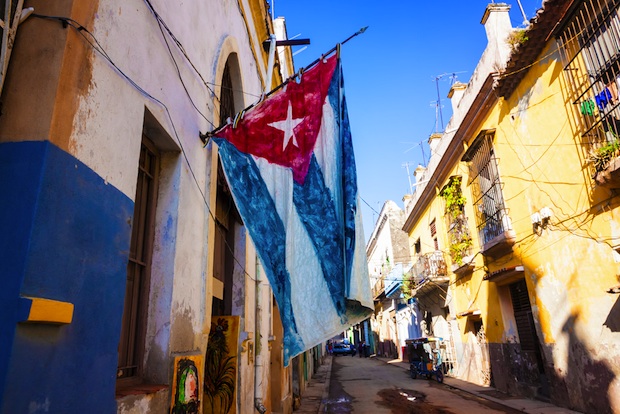 Two weeks ago, I wrote about an upcoming trip to Cuba and promised to report back. While I could not have known it before I went, my return, like this report, coming just before Yom Kippur – the Day of Atonement – is so well timed. Synchronicity is a beautiful thing!

Yom Kippur promises that there is no sin from which we cannot recover, and no rupture that cannot be repaired. But do we really believe that? Do we really treat ourselves, let alone others, as if that were true? It turns out that those are some of the same questions which, like all of us, Cuba will have to answer if it hopes to have a better future.

Cuba, to put it succinctly, is either the most successful failed state, or the most failed success story, I have ever experienced. What do I mean? I mean that the country has many accomplishments and beauties, but that it doesn’t work on more levels than I can count.

I met people who are not starving, in a world where many do, but neither are they well-nourished. I met people dying of curable cancers because even though Cuba trains competent doctors, they have almost no chemotherapy drugs. I met people who know that 90 miles away, a better life awaits them – who know how failed their system is – but remain faithful to Fidel, Raul, and to “The Revolution”. Why? Because what came before, was so much worse than what exists now.

The revolution lives on even for those who know it has failed, precisely because they cannot let go of the past. People are as much imprisoned by the memories and fears of what the Batista regime was, as they are by any current government policy. People cling to a broken present because they cannot get past their past. Sound familiar? Who among us has not been, or is not now, in some situation defined by that very problem?

Don’t get me wrong, I believe in the sacredness of memory – in the need to keep the past alive in order to honor those who lived through it, and to learn from it – but that is not the same as allowing our fear that the past will always repeat itself, to keep us from trying new solutions for whatever challenges we face in the present, and creating new opportunities for the future.

The brightest moments in Cuba, as in our own lives, were when people were thinking about the future, about what could be accomplished if old fights were allowed to end and presumptions about old enemies were allowed to recede. Whether at a dance festival for peace, dinner at an Oceanside paladar (privately owned mini restaurant), or sharing a Sabbath meal with 200 new friends, the best moments in Cuba were those animated by the belief that there is not a past which cannot be overcome.

So wherever and however you find the strength to do so, take a moment in the coming days to reflect on something you want to repair within yourself, and trust that you really can do so. Then imagine someone with whom you would like to reconcile, and trust that it can happen.

I can’t promise you that you that you will succeed in either pursuit, but you will have tasted the truth that such things are possible, and that you are a person who can imagine that possibility. That is a gift all by itself – a gift from Cuba that no embargo can take away, and to which we are all entitled.