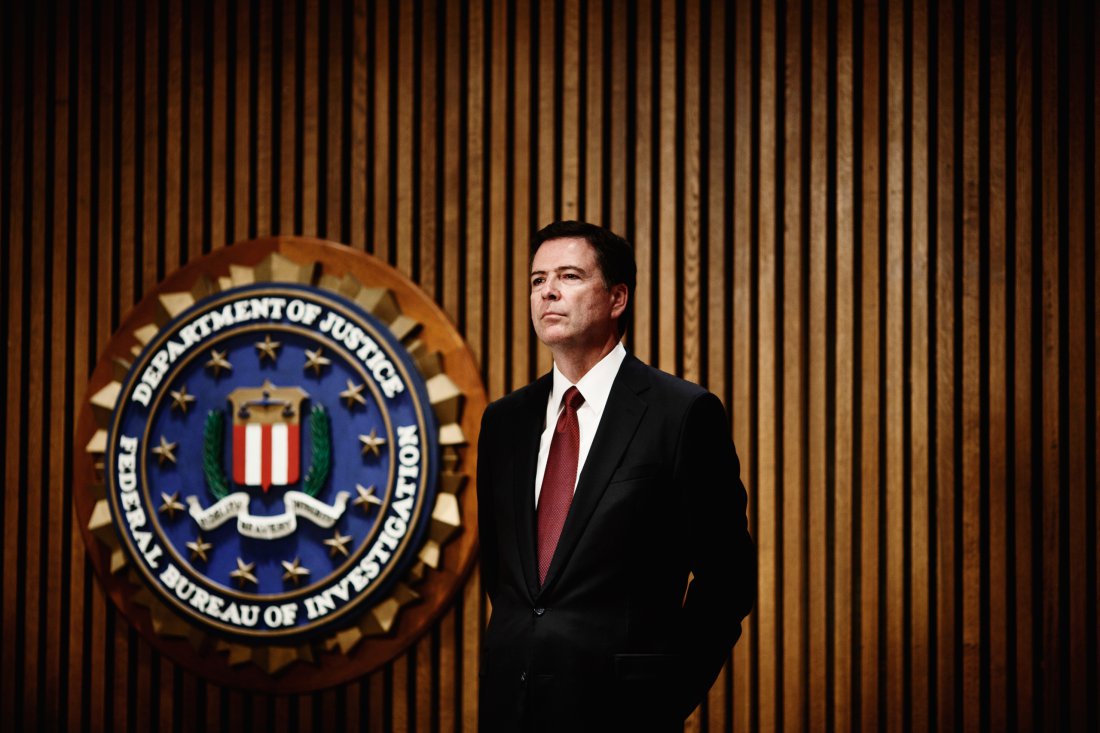 Spoiler Alert: This post will include no politics, no side-taking, no ugly name-calling, or any triumphalist praise of FBI Director, James Comey.  This is actually about a personal take-away regarding how we either sustain, or fail to sustain, personal relationships – one I have learned from watching the news since the newest bitterly divisive story to emerge from Campaign 2016.

I am utterly blown away by how the very same people who once praised Director Comey to the heavens – people including Candidate Clinton, Senate Minority Leader Harry Reid, and House Minority Leader Nancy Pelosi – now take to the airwaves to question his ethics, intelligence, and pretty much everything else about him.

This 180 degree about face is not limited to Democrats, however.  Candidate Trump, VP Candidate Pence, and a long list of their backers – all of whom spent the summer lambasting Comey for “sitting on his hands” and refusing to take legal action against Secretary Clinton – now sing Comey’s praises.  He is bold, brave, honest, and all things good.

What happened?  Who is the real James Comey?  The answer is that none of this has anything to do with “the real James Comey” who I doubt any of these people really know too well at all.  What happened is that when he was saying what each camp already wanted to hear, he was a hero, and when he wasn’t a useful pawn in their respective games, he was a villain.  I know that reality is as obvious in politics as it is disturbing.  But it’s not only in politics, and that is what got me thinking.

How often is the wife or child with whom I may be arguing, the friend or business partner with whom I may be hassling, etc.  the very same person about whom I could not say enough great things a day, or even an hour, earlier?  What happened?   Why am I so freakin annoyed now?  Why?  Because when they did what I liked, it was all good.  Now that they aren’t, I am all bent out of shape.

So maybe this is just me, and I am outing myself as a real jerk.  Maybe, but I don’t think so.  I think I am outing myself as a human being, who, like most of us, loves it when people mirror what we want and get cranky when they don’t.   I am just trying to handle it better, and that is where I am learning from the fans and foes of James Comey.

It’s not that I am making excuses for people who fail to remember that today’s foe was yesterday’s hero, and that the only thing which changed is how much they agree with us,  and I do think it’s a failure of leadership when people cannot get a handle on this proclivity, but I get it.  The real question is what to do about it, and since as I am openly admitting the same thing happens to me.

One thing that really helps me at such moments is to stop, walk away from whomever it is that is making me nuts, and actually recall a specific instance when they did the opposite.  I just try to remember that it’s the same person, and that whatever it was that made me happy, came from the same place that it now upsetting me.

People are package deals and while remembering that does not mean that I suddenly find the disagreeable, agreeable, it does help me to deal with the disagreeable-ness.  After all, it comes from the same source.  At the very least, it slows the flow of negative interpretation which typically comes at such moments.  It interrupts the human tendency to assume that if the person is doing “this” to me now, they are likely to be doing worse to me later.  Not necessarily true.  They are just as likely to revert to the stuff you liked, which they did the day before.

Maybe we shouldn’t measure people by how agreeable they are.  In fact, I know we shouldn’t, at least not as much as we seem to.  But given that I don’t know how to change that in 800 words or less, I can at least remind myself, and you, that very often, what we love and what we don’t, all flow from the same place, and our estimation of the source is more often about us than it is about the source itself.  I don’t seriously expect our politicians to suddenly appreciate this, but I find that I am happier when I do, and imagine that you might be as well.