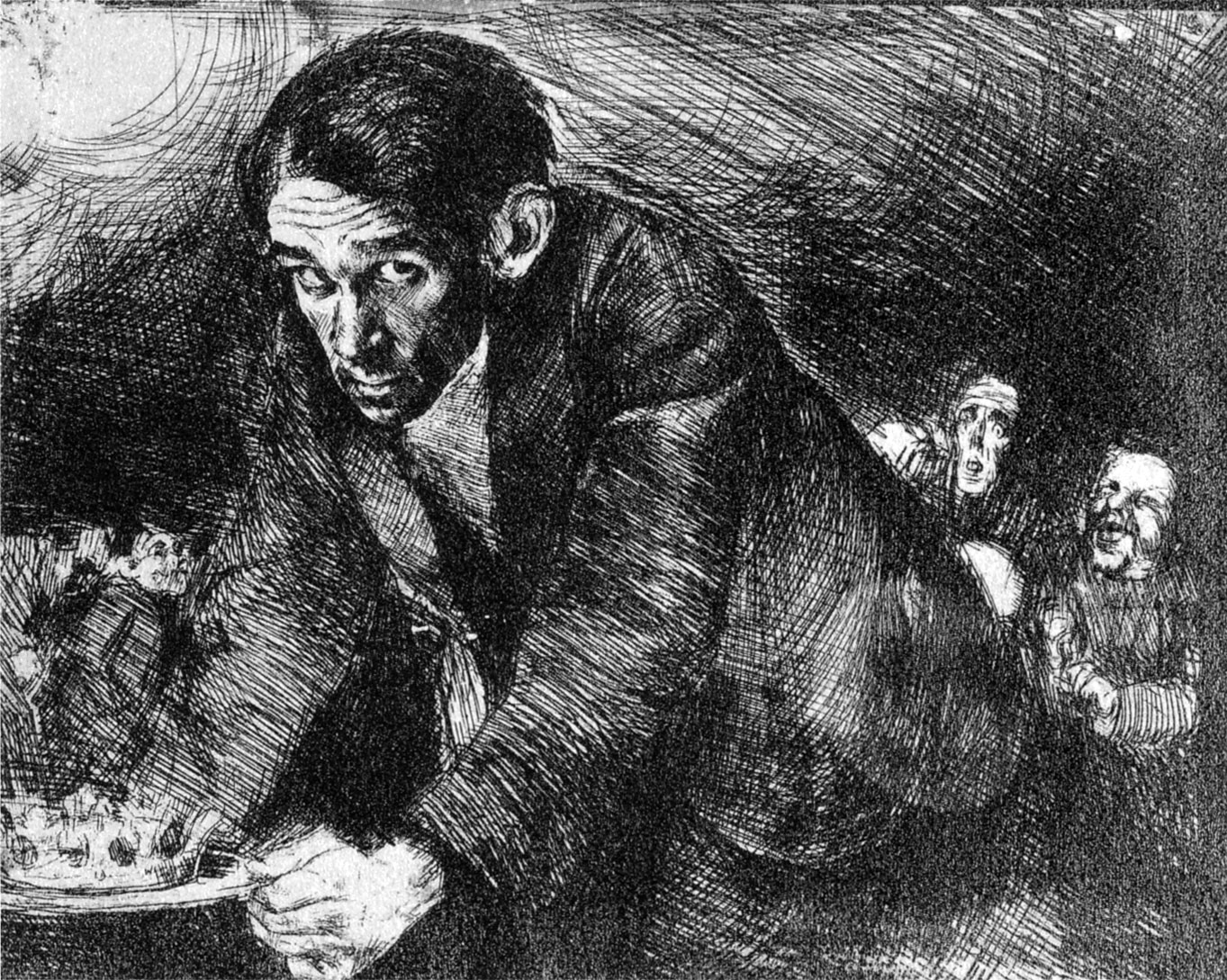 Years ago, there was a small bookshop on Thayer Street in Providence, Rhode Island, near Brown University’s campus, called College Hill Bookstore. It had late hours – I recall the shop being open until eleven p.m. on weekdays and until midnight on the weekend – and its motto was: Dedicated to the fine art of browsing. The owner of the bookshop also owned (and still operates) a small movie theater a couple of doors down. Neither business could have been especially financially profitable for him.

I spent many hours there in my twenties, before the shop shut down in 2004, calmly perusing the packed shelves. Taking an evening walk there was one of the ways I decompressed during my first years of teaching high school English. This was before I internalized that only alcohol truly lessened the disappointments and sorrows of being a high school English teacher, and returned to university for a library science degree.

One night at the shop, I came across a Penguin book with the unusual title of The Street of Crocodiles. I might have overlooked the book entirely if its title had been faithfully translated from Polish as the more culinary-sounding Cinnamon Shops, though the author’s name also caught my attention: Bruno Schulz. While I had some doubts about “Bruno,” “Schulz” sounded like a potentially Jewish surname. I’m a Jew.

I drew The Street of Crocodiles from the shelf. There was a cartoonish black and white illustration of four sinister-looking men and one sinister-looking woman, done by the author, on the cover’s bottom right corner. The back blurb told that Schulz, a Jew, was a leading Polish author in his day and had been killed by the Nazis. I bought the book.

I walked home, stretched out on the couch, and began reading. It quickly became clear that whatever hopes I’d entertained about the book weren’t going to be met. Its stories, dreamlike and hallucinatory, were thin on plot and dialogue. There wasn’t much Jewish content either.

Still, the blurb had pronounced Schulz an important Jewish author in interwar Poland, if not the country’s leading one. I was around twenty-eight then, and though I hadn’t yet published even a single poem, piece of fiction, newspaper story, book review, or academic article, I had a vague sense that publication should and would one day happen. I saw Schulz’s writing, poetic and heavy with imagery, as a nutrient, I ought to absorb into my literary being, and made my way through The Street of Crocodiles in Celina Wieniewska’s translation. If someone had asked me for a summary right after I was done with the book, I think I would’ve come up blank, but I absorbed it. Today I might say The Street of Crocodiles is the narrator Joseph’s surreal childhood recollections of his town and its residents.

Sometime later, I revisited a short story I’d written called “The Kaddish.” I was pleased with the characters, the plot, and the dialogue. It felt like a complete story and one that didn’t oversimplify the complicated interactions between American Jews of different denominations. But I now realized it lacked lyricism and that the action began too quickly. Channeling Shultz, I wrote a new opening paragraph and imagined that an editor might continue reading a story with such a beginning. Satisfied, I moved through the rest, and soon it felt finished. I couldn’t think of any venues that would publish such a piece, however. My story was packed with Hebrew, Yiddish, and religious vocabulary. The footnotes and glossary I tried out only seemed to make the story more obscure. Schulz was no help with this problem.

Later still, I noticed that The Jerusalem Post occasionally ran short fiction, and I emailed “The Kaddish” to the newspaper’s editor during a summer visit to Israel. The following day a reply arrived informing me that my story had been “Forwarded to our magazine editor.” This didn’t strike me as an acceptance letter, nor did I ever hear from the magazine editor, and so I figured that was that.

When I returned to Providence at the end of the summer, however, I received calls and emails from friends in Israel congratulating me on my story in The Jerusalem Post Magazine. Without my knowing, the opening paragraph had indeed succeeded. Even so, I didn’t go out seeking more stories by Shultz – neither out of a sense of gratitude for his posthumous literary help nor out of a self-interested desire for more inspiration. There was so much else to read, including books I already owned.

My maternal grandmother’s house in Rhode Island had been full of books, including many by Jewish authors: Shalom Asch, Isaac Babel, Arthur Miller, Philip Roth, J. D. Salinger… There were actually two copies of Roth’s Portnoy’s Complaint on one of her shelves, and I remember her telling me about how rabbis had railed against the novel in print and from the pulpit when it was published, describing it as the very book antisemites had long been wishing for. For her part, she wondered if the work would have suffered in any way had Roth dwelt a little less on the aggravated bowels of Alexander Portnoy’s father. On the other hand, she thought Arthur Miller’s Focus was a perfect novel. By the time I finally got around to reading Focus, she’d already passed away, and I wished I’d made time to read it while she was still living. As Bukowski wrote, “there’s nothing worse than too late.”

When I was a toddler, I’d been unable to pronounce savta, the Hebrew word for grandmother. It came out instead as Tati (which actually means dad in Yiddish), and this became the name that her other grandchildren called her as well. It appears on her modest matriarchal headstone. Tati’s books were bequeathed to me when she passed away. She had far fewer movies, but one of these was Michal Waszynski’s The Dybbuk – on VHS, of course – which we watched together when I was in high school.

I think the experience of watching this film with her is a reason why I was later so drawn to S. Ansky’s The Dybbuk and Other Writings when I came across it at a local library. Ansky’s writings – the way he conveyed the joys and sorrows and confusions of being a Jew in exile – were like nothing I’d read before. In contrast to Shultz, this was exactly the kind of literature I’d been seeking. Around that time, I also found a copy of Irving Howe and Eliezer Greenberg’s A Treasury of Yiddish Stories, and discovered that, amazingly, Ansky was not a singular figure. There were I. L. Peretz and Sholom Aleichem (not just Fiddler on the Roof, which I also watched with my grandmother) and Chaim Grade.

And it was the Yiddish works of these writers that led me to convince two friends to take a Sunday drive from Providence to Amherst, Massachusetts, to visit the Yiddish Book Center three Decembers ago, on a morning with some expected snowfall that quickly turned into the start of a several-day storm. Because of the falling snow, the staff at the Center were preparing to close early, but having finally gotten there after hearing about the Center for so long, I wanted a full tour, and offered to become a member in exchange for one. I also bought an illustrated 1950’s edition of one of Peretz’s Yiddish books. I don’t know Yiddish, but felt I ought to own this. On the tour, I learned about various educational programs offered at the Center, including one for educators, and applied to its Great Jewish Books Teacher Summer Seminar.

The seminar – facilitated by Lesley Yalen and Mindl Cohen – was scheduled to take place for four weeks in Amherst, but ended up going virtual. I spent six weeks of the 2020 pandemic summer reading, viewing, discussing, and writing about Jewish literature and film. During the seminar, I remembered having watched The Dybbuk and Fiddler on the Roof with my grandmother.

One of the weeks, we were assigned to read Schulz’s short story “The Street of Crocodiles” in Wieniewska’s translation. I hadn’t thought of the short story or its influence on me in years, but after rummaging through my books, I eventually located my yellowed copy of The Street of Crocodiles. Encountering it this time, I wondered if my grandmother had read anything by Shultz, and what she might have thought of the narrator Joseph’s surreal childhood recollections of his town and its residents. Even more, I wondered what she would have thought of my own writings.