Only By Helping All God’s Children, Do We Act As The Body Of Christ 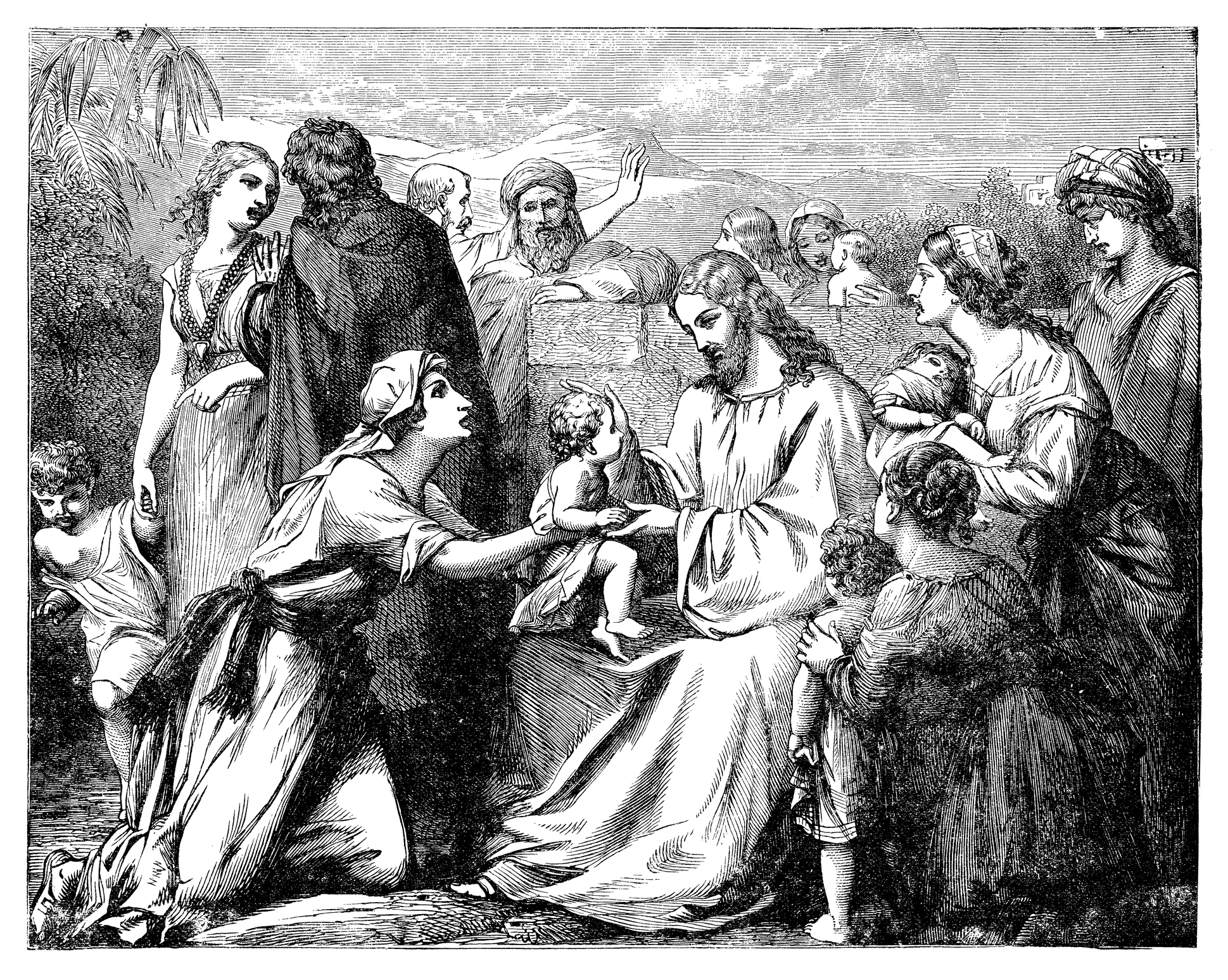 There is a Jesuit maxim which all true Christians would do well to take to heart: “God in all things.” It is the recognition which mystics always discover and fundamentalists often reproach. The latter have a habit of venting self-righteous anger from the safety of their bastions, but hesitate to go out into the dirty, blood-stained streets and tend the wounded and sick, lest they themselves should catch some infectious disease. They would rather narrow their view than broaden their vision, remain secure within their rocky fortresses in their soldier’s cloaks as opposed to coming out from behind the walls, giving their clothes away to the those with none, like St. Martin and St. Francis, and letting themselves be stripped naked before the living wind blowing through the living trees, like the one they claim is their Lord.

Yes, and they do not know themselves, for they are afraid of the depths and the dredges, and rough diamond edges, multi-faceted and cutting, yet of greater worth. They feel threatened by the shadow within themselves, and so they lash out, projecting it onto the ghetto walls and the killing fields of “the enemy”. Interiorly, everything in their vision becomes suspect, tainted, unclean, easily dismissed and written off lest their sensibilities should be offended. But in the process, they cast away the treasures of the Church, those broken souls, poor in spirit, who St. Lawrence brought before the Roman procurator to prove his point, a daring move that he was later roasted over a spit for.

A Puritanical mindset can become a form of dehumanization dressed up in its Sunday best. It is a supper of cruelty best served cold, but christened by a synthetic smile. For in the eyes of those who see themselves as divinely ordained to wage a holy war of isolation, determining who is saved and who is not, the world fast becomes unsalvageable, except for their own self-made Ark. “After me, the deluge,” seems to be their motto. In its extremes, it has produced many things which make us twitch, from the witch hunts of Salem to the extermination campaigns of Cromwell in Ireland. We inherited it often enough in this country, and thought ourselves the better for it and our Manifest Destiny.

But in their eagerness to be the “Chosen People”, they forget the nature of the New Covenant and Christological revelation. Christ ate with tax collectors, received anointing from prostitutes, performed miracles of centurions, forgave thieves, and healed lepers. And for his presence among the sick in need of a doctor, he was branded as demonic by the elders of his people. Yet it was the Pharisees who drew his harshest condemnation, those whose hypocrisy and haughtiness wreaked through their fine religious garb. It is they who murdered Him for their own concept of superiority and pride of place. “It is better that one man should die on behalf of the People…”

Yes, they made themselves, and their own chosenness, their idol, and they killed God. And I do wonder if Christ came to some of these modern would-be saints in their so-called domestic churches, more like exclusive country clubs than living organisms, would He find a place as a refugee baby? As an itinerant preacher of radical love who broke protocol time and again to reach out to the marginalized or oppressed? Or as a fiery soul who overturned other’s sense of propriety, flipping the tables of comfortable corruption and moneyed privilege? Or as the outcast, spurned and outstretched, blood-drenched and suffocating on a tree, quoting the psalm of abandonment?

Would these latter-day Pharisees have condemned him for despair, while they came to watch the show, or perhaps turn away, unwilling to soil their eyes with human suffering? Would they have heard his stories of prodigals and Samaritans, sheep and goats, filthy rich gluttons and sore-covered beggars, and pass by on the other side? Would they have sent back the road-weary family from the Palestinian back-water? Would they even have settled on the death penalty for this upstart trouble-maker, for “no good ever came out of Nazareth”?

Can any of us answer, without blinking? Any at all, with surety? Do we not fall ourselves, subtly, into forgetfulness of what lies before our face? Do we not too often forget what we are called to, upon lives, as followers of Christ? Do not hold the wine of yourselves into wine-skins too old and tight to hold it all. Grace is free, and it overflows; let it burst you open, if it must!

Many lament over the world, and the world has much to lament over. But perhaps the most lamentable thing in existence is a soul gradually shutting itself off from a life of grace. One may say the words and play the roles, don veils, build up bulwarks ever stronger, marry and be given in marriage, so as to rear more warriors for “the cause”. But if the zeal of self-righteousness replaces the love of self-giving, they have grown all too lukewarm and taken an ax to the root of the Tree of Life. No amount of mouthed prayers or sacramental reception can change the tone of a clanging gong. Indeed, the mockery of the sacred is all the more twisted.

This is the ultimate danger zone, the frost that settles so softly it seems imperceptible until every part of the spirit has grown numb. Is that not the essence of Hell? Is that not the smug indifference that may wreck one’s very soul on the rocks of their own pride? Such persons have lost the oars and the rudder and hung up the compass for a gaudy bauble in their cabin, as opposed to using it to guide them home. How long will the sea hold them up in such a state? How can they expect to walk on water weighed down by their own presumption? How will the waves themselves not cry out and tear them down?

“For He casts the mighty from their thrones, and scatters the proud in the conceit of their hearts…”

They would take the image of the Virgin Mary, the Star of the Sea in her queenly radiance and bottle her, for they wish their own gowns to be as resplendent. But would they take her as the humble peasant girl, full of both grace and grit, accustomed to heart-break and exile, sincere speech and the earthiness of living? She is the guide because her heart glowed with warmth and fire and light, a hearty light, not pale and flickering, but strong and bold like a bonfire. She cannot be tamed for the preening purposes of others. She is too human for that. In all her fullness of grace, she emptied herself out and therefore was exalted, and has exalted us all. She is with us in the streets, in the home, in the eyes of unwed mothers and abuse victims and those we all too often look away from. We chalk it up to the culture gone wrong.

And how shall we fight “the culture wars” it is often asked?

By extending an open hand. By turning the other cheek. By putting our swords away. By simply being there, in the fullness of our presence, in everything we do, and letting the grace flow down through us out into the world. How do we fight? By overcoming evil with good, by acknowledging the imperfection of this world and transforming it through acceptance of mystery and an embrace of grace. We are here to hold our candles in the dark, and search out the missing coins shimmering somewhere in the crevices of each and every soul. Does that not include the souls of those we dehumanize? Those outside our neat circles and prescription formulas? We must reach them, and in doing so, we will have accepted Christ in our hearts.

Can we do any less than that, even in our small, daily encounters with starving, thirsting, naked, stranger, imprisoned souls? If we fail at this, and shun our savior, we fail at everything. We are bound to this place, this time, this plane of existence as a pilgrim is bound to the path. We are tight-knit to our neighbors, just as we are close knit in the broken, bruised, bleeding, and ultimately resurrected, yet still visibly scarred, Body of Christ.