What The Nazi Invasion Of Poland Can Teach Us About Trust 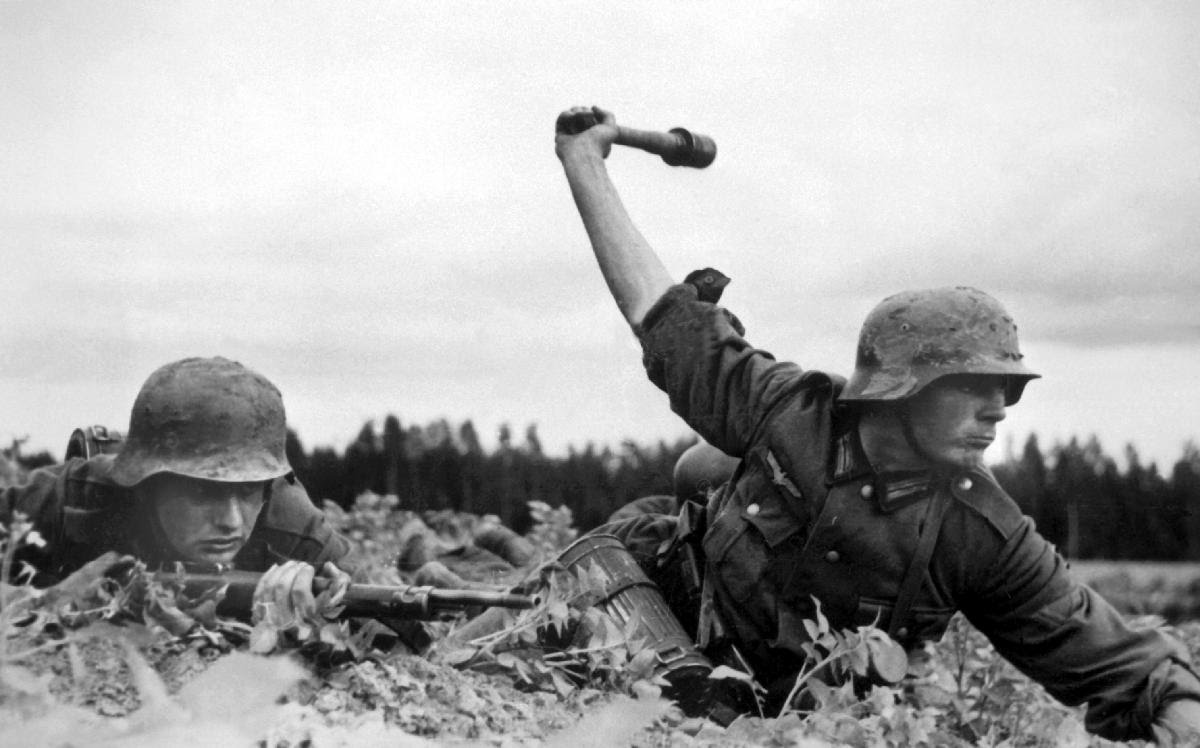 I was teaching, earlier today, about a 7-step process of seeking and finding comfort in the wake of deep trauma or rupture in relationships.  This was week three in a series which examines one step week for 7 weeks, and I am sharing this one because it happens to have fallen out on a day in history which could seriously challenge the premise but ultimately did just the opposite, I think.

This week was about how the parties to any relationship – personal, familial, tribal, and national, etc. – repair and rebuild in the wake of a traumatic break.  Think about a time you have been “burned” in a relationship, sometime you have been betrayed by events or by someone you love.  Some time passes and you both want things to get better.  The question becomes how to go about doing that, and it often comes down to one of two approaches.

The first, and I think most common, approach is to figure out the terms under which you can come back together, trust each other and make things better.  You make the deal, live into it, and as a result, things should be okay.  It can be boiled down to the premise that security brings trust.  That is definitely one way to rebuild and restore, but not the only way.

The second way and the one which inspired me today (based on the words of the biblical prophet Isaiah in chapters 54 and 55, FWIW), works in the reverse – trust brings security.  This model says that we re-approach each other assuming that all will be well, that we will not be hurt again, and that we arrange our renewed relationship with that assumption in mind.  We don’t make deals to protect us from the worst of what may go wrong, but in light of the what we assume will be ok.  Trust brings security.

There is no doubt in my mind that the second path is the better path, the one to pursue, and the one around which to build better and happier lives.  And then the Nazis invade Poland!

As I was settling in to my office, and just taking the first sips of a really good iced coffee, I got pinged by a “this day in history” bug from CBS News.  It reminded me that 77 years ago today — September 1st, 1939 – Nazi forces marched into Poland and, in a matter of days, Germany had annexed Western Poland, leaving the east to the Russians, who would complete their conquest a couple of weeks later.

Having just taught about the clear superiority of why it is better to allow trust to build security rather than have security build trust, I got this very sharp and concrete reminder about that not always working out so well, to say the least.  And it’s true, that is not always the best way to go, and sometimes doing so can have deadly results.  But then it also dawned on me that Nazis don’t invade Poland every day.

Yes, danger and tragedy are part of life, and terrible things do happen, but they are actually not the norm – not for most of us and not most often – and allowing ourselves to assume that they are, is probably as deadening and naively forgetting that sometimes bad things happen, is potentially deadly.  It’s like Abraham Lincoln said, “If you look for the bad in people, you will surely find it”.  Do we really want to live that way?  I think not so much.

So while I had a moment of panic this morning  – a moment in which I saw, courtesy of CBS, the images of goose-stepping troops and Luftwaffe planes over Polish skies – and questioned my trust in putting trust first, I realized that while there may be times when we need to make deals and rules to help assure that things work out, it makes more sense to presume we will be OK and make deals and rules accordingly.  Why?  Because as crazy as the world often feels, and sometimes even is, Nazis really don’t invade Poland every day.  And if you happen to be living in a situation where they do, I will forget all of my premises and fight to change your world.  Fair?