My Mother, The Brisket, And The Rabbi: A Love Story 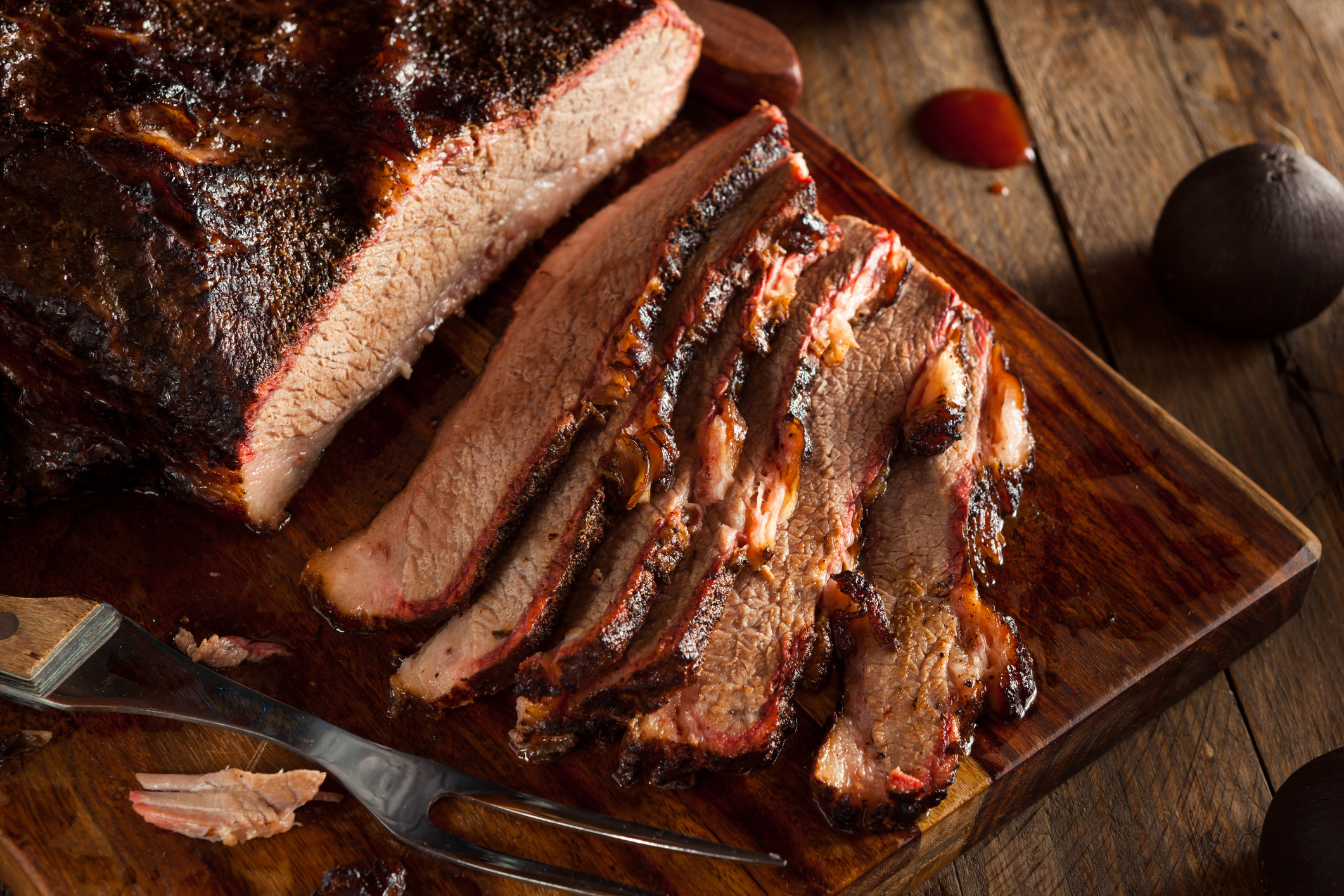 I am a pathological liar. I stand by my superior ability to fabricate the truth, to create a false narrative, to lie on command. And I would do it all again if I had to.

When my Mother was approaching the final stage of her life, she was often inconsolable. Dementia has a way of robbing those it latches onto with assorted unspeakable atrocities. The confusion, the fear, the sheer frustration amid the utter sadness, often overtakes not only the afflicted, but those who are ultimately left behind. Until an adult child enters the frightening and chaotic world of caring for a parent diagnosed with this insidious disease, one never truly knows the lengths they may go to in an effort to minimize a loved one’s suffering.

Watching someone slowly deteriorate, day by day, moment by moment, is like dismantling a puzzle; piece by piece, the picture, no longer recognizable, begins to fade, its meaning has eroded, until it is no more.

Piece by piece, my mother was leaving us.

Though we didn’t know it at time, when my sister Barbara and I moved our mother from West Palm Beach to New York City into nursing care near us, she would live for just nine months. Those months proved to be transitional for her, but also, transformative for us.

Confused, sad, angry, Esther Sheryl Prizant, “Sherry” was nothing like the sweet, funny, kind-hearted woman who was considered a second mother by many of our childhood friends. Because of my mother’s unremitting compassionate nature, our home, “the fun house” became a respite for many a wayward teen in need of comfort, some who even left home.

When I was in college, I began to notice a pattern: boyfriends would spend an inordinate amount of time with my mother, having coffee, playing cards, watching basketball, under the guise of waiting for my return from the nearby university. On one occasion, I arrived home to find a boyfriend hanging with my mother in the kitchen, while another waited on the porch for his time with my Mom. Though I would like to believe that I was the main attraction, I have come to accept that this kind of behavior goes with the terrain when one is blessed with a Mom like mine.

“To understand everything is to forgive everything.”  Buddha

Watching my father and mother interact was like being an unwitting character in “Who’s Afraid Virginia Wolf.” It was fairly brutal. Between my father’s drinking, as he tried to provide for his large brood after his clothing store was destroyed by fire, coupled with many people occupying our modest home, it was often unmanageable. Even so, my mother never succumbed to the bitterness that could have been the proverbial response to living in such a chaotic and unforgiving environment.

My mother, a dark-haired, green-eyed beauty of Hungarian descent, raised six children amidst financial duress and emotional turmoil. Yet, she always wore this bright smile no matter what the circumstances. While I am left with vivid memories of my mother, it’s her interminable spirit in the face of life’s unexpected challenges I often call upon when in need of guidance and support.

It was from my mother that I learned my most important lessons about compassion and grace. When an unkempt, poor neighborhood child wanted to play with me and my twin sister, Joan, I recoiled. But my mother wouldn’t have it. “We are no better or no worse than anyone,” she chided, while encouraging me to play with the child. She also insisted that I give the young girl a hug. And I did.

“The only thing better than singing is more singing.” Ella Fitzgerald

When my mother’s stress levels would rise during the Dementia daze, she would display a range of varied emotions; the anger, the sadness, coupled with the relentless confusion, was typically not quelled by the many psych drugs doctors prescribed in an attempt to reduce her anxiety.

After finding my mother overmedicated, passed out in her bed in the nursing home, or planted in front of the nurse’s station in a wheelchair, yelling, confused, fearful, while sporting fresh bruises and bedsores, we were forced to make a change.

And we become very creative in finding ways to help calm my mother, if not for her sake, for the sake of my neighbors who may not have approved of the loud disturbances emitting from my Big Apple crib, when we moved my mother into my Gramercy Park apartment, after her short stint at the Manhattan nursing home.

First and foremost, we sang, all my mother’s favorites. “Bei mir bist do schön, please let me explain, Bei mir bist do schön means you’re grand.“ We may not have been the Andrew Sisters, but we had our moments, creating some nice harmonies, and soothing memories.

We also quickly learned the importance of focusing on activities that my mother would succeed in, such as spelling, geography.

It was around this time my sister introduced a new way to reach our mother as she further descended into some other world, a seemingly dark, unfamiliar place. So, we coaxed her to stay in our world a bit longer by embellishing the truth.

“The truth is a beautiful and terrible thing and should therefore be treated with great caution.” Harry Potter and the Sorcerer’s Stone

Among my mother’s hopes and dreams, she wanted me to settle with a nice, Jewish man. Though I wasn’t able to fulfill her wish, my sister Barbara’s creative attempts to soothe my mother resulted in Sherry’s dream being fulfilled, even if only briefly, and only in fantasy.

Upon my return from grocery shopping one afternoon, I was met by an unfamiliar calm when I entered my apartment. It was uncharacteristically quiet, and surprising to see my mother engaged in conversation with my sister.

Barbara: “Do you think I should make brisket or stuffed cabbage?”

Barbara: (speaking to me) “I’m having lunch with the Rabbi on Sunday, and Mom thinks I should make brisket!”

Me: (chiming in while putting away the groceries) “I don’t think you should have brisket. You know, animals have feelings like we do and just want to live. Why not make vegetarian stuffed cabbage?”

Barbara: (whispering to me)”What’s the matter with you? There’s no Rabbi, there’s no brisket, Beevis! Just play along–Sheesh!”

Me: (Oh! I finally get it! Winking at my sister)

“Yes! I agree! Let’s have the brisket! The bloodier the better! Vegetarian stuffed cabbage is sooo boring…”

Barbara: (rolling her eyes) …And Jill is going to be visiting with the Cantor.

Me: (whispering excitedly to Barbara) “I don’t mean to complain, but wondering why you get the Rabbi and I get the Cantor? I mean, isn’t the Rabbi higher in rank than the Cantor? I don’t necessarily mind having the Cantor per se, but still…”

Barbara: (cutting me off, whisper fight ensues)”OMG! Where did you get your degree? Trump University? OK you can have the Rabbi!”

Me:”I didn’t say I wanted the Rabbi, and I take umbrage to your suggestion that…”

Barbara: (ignoring me) “Yes, Jill and the Cantor have a lot in common since they both studied singing.”

So, this is how we spent many hours during my mother’s Big Apple residency: singing, spelling bees, practicing state capitals, and menu planning for our pretend Jewish husbands-to-be.

My mother entered hospice care twice. The first time, we made a decision to hydrate and provide intravenous nutritional support after she stopped eating and drinking. It seemed cruel not to.

But when my mother became alert, she was livid, angry that I “brought her back.” With an unparalleled lucidity and razor-sharp clarity, she recounted her near-death experience in vivid detail.

“I was waiting in line with the others to get on the train, we were dressed properly, preparing to leave, but you wouldn’t permit it because you were not ready to let me go.”

I promised her then that I would allow her to do what she needed to do, and that I wouldn’t stop her from getting on the train when it was time, next time.

It wasn’t until months after my mother’s death that I had an epiphany.

Grief is an odd, unrelenting, strange trip, full of twists and surprises, with an uncanny ability to surface at the most unexpected and inopportune times. I suppose grief never really dies, rather we just adjust while learning to cohabitate with our new circumstances.

In hindsight, it’s not surprising that I got involved with my college boyfriend, now married, who reemerged after 25 years, surprisingly (or not) right around the time of my mother’s death. “If the world had more people like your mother,” he told me during our first meeting, “it would be such a wonderful place.”

Rekindling a past love offered a comforting familiarity and bittersweet reminder of a simpler time. Being absorbed in a past love-turned-current also provided a convenient opportunity to avoid the grief process.

But grief will not be ignored.

While in the check-out line at Whole Foods, nearly a year after my mother’s passing, I came to realize the magnitude of grief, after the cashier looked at me strangely, asking if I was OK. I assured her I was.

But I wasn’t OK. As I left the store, I was overcome with an overwhelming anxiety and unexplained urgency, as tears began streaming down my face. Instead of running from these uncomfortable feelings, I walked, through the green market, through the park.

And I walked some more, blending into a sea of unfamiliar faces crowding the bustling city streets, while feeling a sense of uneasiness, intertwined with moments of despair, when I was finally was able to put into words what I had feared most: That no one would ever love me the way that she did.

It would be some time before I would find relief from the cascading sea of sadness that enveloped me that day. But gradually, this sorrow was slowly replaced with an acceptance, and that all-knowing feeling of what lies beneath the fear: the gut-wrenching truth. In a surprisingly strange way, it felt like a weight had been lifted.

For I am one of the lucky ones.

I am aware that not everyone gets to experience the gift of true unconditional love while a visitor on this earthly place. As difficult as that time was, there was a sense of calm too, in the knowledge that we can we can survive what we fear most: We can survive our greatest fear.

Of the most unique and wondrous things about being a thinking, feeling, sentient being, is that every moment is an opportunity for renewal; a chance for change. In every moment we are given a choice: to act in fear or love.

I have learned my lessons well from my kind teacher, my mother. And each day, I choose to honor her by acting out of love, as she surely did.

So, I’m not going to dine on brisket or marry the Cantor. Though my mother did not approve of lying, I would do it again if I had to. I’m sure she would make an exception this time.