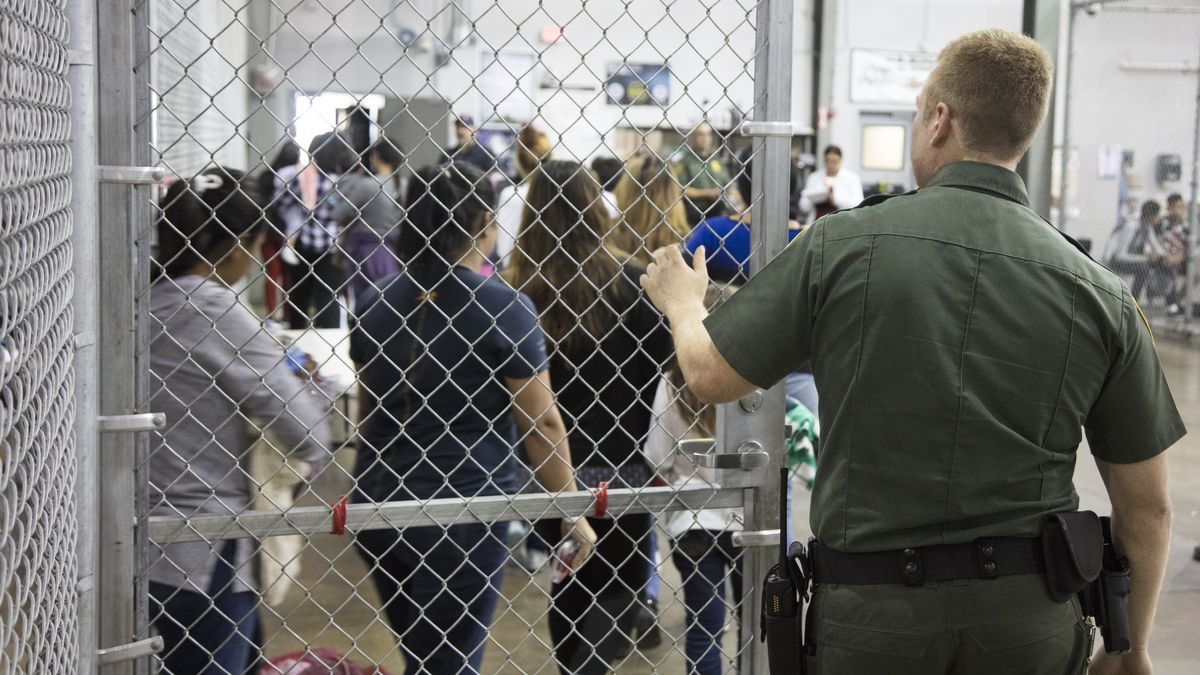 Facing the degradation and dangerous lack of compassion at the border, a theme of discourse has been “can a comparison with Hitler and Nazism be appropriate?”  This is not the first time this question has arisen of late.  As many Americans perceive a deterioration of democratic values and a rise of dehumanizing rhetoric,  there are more restatements of how Hitler first rose democratically, how the Nazis began with policies designed to isolate and stigmatize, and how most of Germany allowed and abetted the establishment of the infrastructure that would facilitate the Holocaust long before the Final Solution became apparent.

These statements, in my opinion, are somewhat misleading. Hitler’s popularity in the 1934 elections was garnered among those who bought into a violent vision for restoring German pride and his power was consolidated early through non-democratic means.  The Nazis were explicit, not deceptive, about their loathing of all Jews, and stripping their protections was never seen as an end in itself, rather than a prelude to some more sweeping treatment of all enemies of National Socialism. The extermination camps may have come later, but the practice of killing squads, not to mention deadly enforcement of obedience, was a feature from earlier days.

More to the point, however, is a different question than how and whether the comparison of modern day policies with Hitler’s is accurate. What is the purpose of this comparison in the first place? Is it necessary for a violation of human decency, even an atrocity, to be Hitleresque to be worthy of moral outrage and vigorous resistance?  What is gained in such an association and what could be lost? And what does it say about our discourse that we are pulled or need to push ourselves to this place?

It is a truism, almost a tautology, to say that if a present-day evil is like that of the Nazis there can be no response other than absolute condemnation. Despite the existence and resurgence of those who venerate Hitler, espouse Nazi ideology, and deny the truth about the Holocaust, no wing of any party openly embraces any part of the label, Nazi.  Instead, the counterclaim of being accused of Nazi tactics or doctrines is outrage, both on behalf of one so irresponsibly accused, and the pious concern on behalf of those who endured the horrors of Auschwitz so trivialized when the Holocaust is compared to mere, non-lethal, and and only alleged mistreatment.

But the question remains, even if the comparison to the Nazis rings truer than the defense, why are we driven to make this move and to what may it lead?  The challenging answer for me is that we are afraid to go all in opposing something less morally airtight than the evil of the Holocaust. Because if the Nazis are the end all and be all of that whose depravity cannot be legitimately denied, every other cause on its own, must, by definition, be of lesser value. And in this calculation, in part enforced by very real trauma and persistent guilt, we err terribly.

To take arms, metaphorically or otherwise, against even egregious injustice, takes a willingness to eschew a need for certainty for the sake of urgency. The responsibility to be mindful of the limits of moral outrage, and yet not paralyzed in the face of injustice, is as necessary as it is frightening. To show up for what is right is not without moral risk and that risk can only be recognized, not eliminated.  To oppose evil in real time is to answer a call that comes without a certificate of authenticity and thus requires a leap of faith as well as action. Even the Holocaust itself, such a failure of humanity to act, only acquires its status of exceptional clarity in the cold light of history.