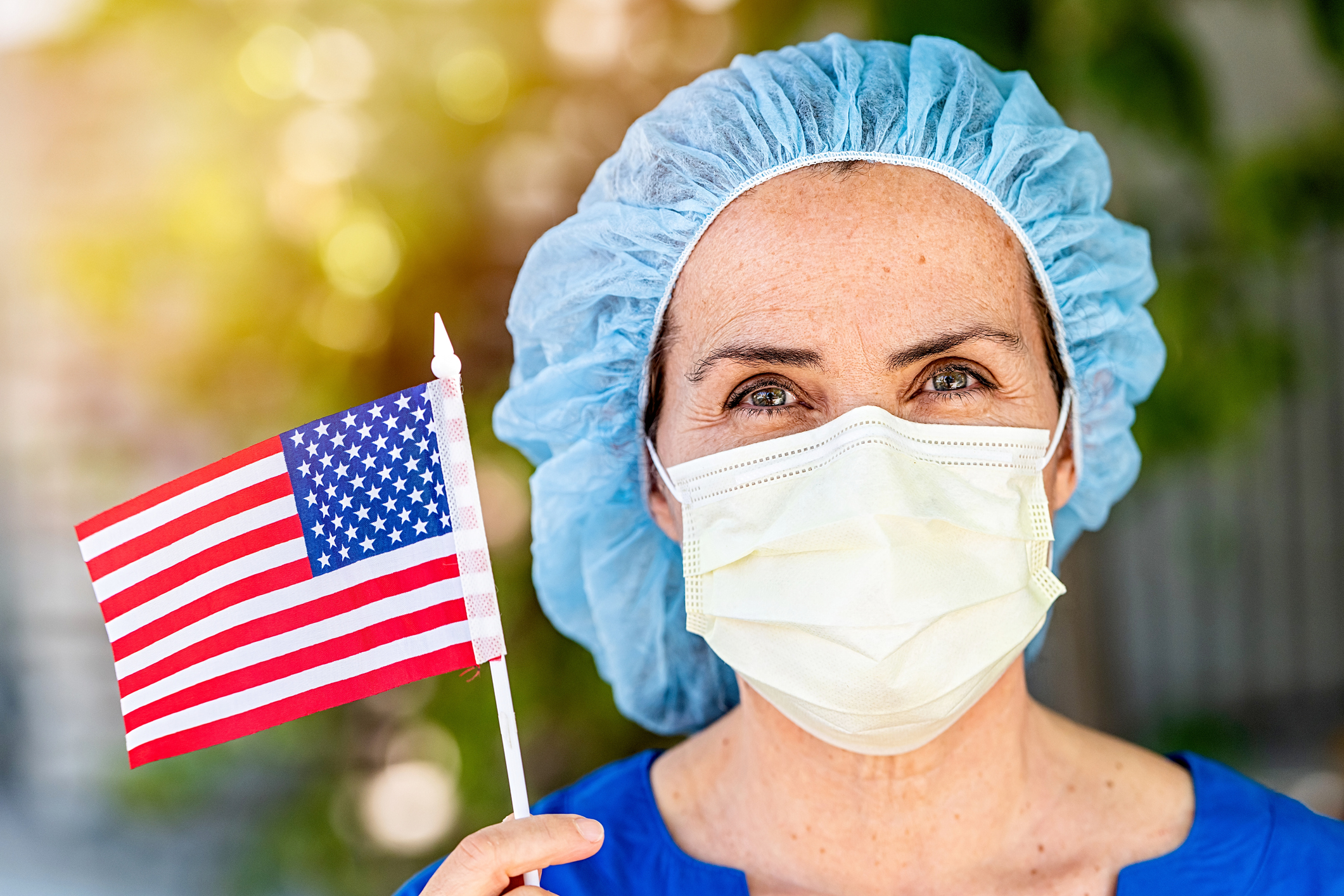 In honor of the 1.3 million women and men whose lives and loss we honor this Memorial Day, and in Clal’s ongoing commitment to sharing wisdom for a better world, a healthier commons and thriving Jewish life, we are proud to share the following reflection, Memorial Day in Pandemic, with you.

We share it as a response to the present, a way to honor the past, and with our eyes on the future, always.

Thinking out loud about the dead, especially in a time of so much death, is scary, even for those of us who aren’t generally fearful.  In fact, I am not a fearful person, and I am especially brave when writing, probably — to be frank — because however accountable I am for my words and their impact, there’s a fair amount of distance between me and most of my audience.  But as I sit here in the relative comfort of my own backyard, on a beautiful day, I am genuinely hesitant, if not fearful, of what I am about to write.

1.3 million members have given their lives in our nation’s wars, and that number continues to rise.  1.3 million dead in just short of 300 years.  Our nation has already lost nearly 10% of that total to COVID-19 in just the last few months.  Now here is the part I hesitate to share, not only because talking about death lessons in a time of so much death is an especially dicey topic, but because I wonder how much any of us is genuinely capable of really hearing any views which don’t largely mirror our own.  That said, I want to give it a shot.

As we remember the fallen this Memorial Day, I think we can also draw lessons from how they lived and how they died — lessons which can guide our current struggle against a horrible disease, and lessons about returning to life even as that struggle continues.  These lessons are there for us regardless of our opinions of any of the wars in which members of our military fell, and regardless of where we land with regard to the practices, proclamations, or policies of any particular politicians or experts.  I think that like the soldiers we honor on Memorial Day, this is about honoring their sacrifices, and the lessons we can draw from them.

Soldiers train.  In fact they “over-train.”  They train, under the best of circumstances, for things that are likely to happen and even for many things that aren’t.  They train to the point of mind-numbing and body-aching exhaustion.  They train in excess to the point of outrage at those who train them.  They train, and train and train, and then they train some more.  And then they go to war, where despite all that training, many of them die.  It is those women and men we remember on Memorial Day, and from whom I think we can learn much.

I don’t mean we can learn from the fallen about bravery, or honor, or love of country or devotion to mission, even though we can learn those things from many of them.  Nor am I talking about learning from the numbers of dead, about the futility of war, which is a legitimate debate.  I mean we can learn from our fallen, about taking both precautions and risks in the face of death, while hoping to stay alive, with a heavy emphasis on the ‘both’ and the ‘and.’

The lessons of over-training and the inevitability of loss, bear directly on our own fight against COVID-19, and I lift up the lessons in memory of those who paid ultimate price embodying those lessons.  I lift them up for consideration knowing that we will not all agree on exactly how to balance those lessons in practice but hoping that we can all do better in the balancing act so that “in this together” is more than a slogan, and actually how we live.

To our own version of the “over-trainers” in the fight against the disease today — those who resist most any arrangements that will put people at risk as they struggle to return to their pre-Corona lives — I remind you that all of the “training,” all of the precautions we take, will never be enough to keep as many people safe as you would like.  Not if we are as serious about actually re-starting our lives as those we remember today were, about going off to war.

Loss is an inevitable part of life, and losses mount even when one is fighting “the good fight” in the best possible way.  That is the reality of any war, whether the enemy is a foreign nation or an invading virus.  I don’t write those words lightly.  Not at all.  I write them as one who has buried both friends and students — all far too young to die.  But if we fight, there will be death.  It is that painfully simple.

And to those who so readily accept, and even celebrate, the risks and realities of loss, you who so proudly assert that all science-driven data which shows how many lives we can save by taking precautions which constitute the “over-training” of today, you who shout slogans about caution equaling socialism and carry weapons into the state capitol building with signs declaring “masks are for pussies” — I ask you if that is how you would speak over the graves of, God forbid, your own sons and daughters were they to die as a result of your approach?

Does the fact that loss is an inevitable fact of any fight harden your hearts against those whose family members paid the ultimate price for you and for me?  Would you honor their memories and comfort their families with declarations about your own personal freedom being the most important thing in the world?  Would you ignore that they gave up their freedom and everything else for you and me, and not offer to make much smaller sacrifices to protect others?

Armies are filled with soldiers and commanders across this ideological divide.  From those for whom caution and compassion are also important tools in the armory, to the gung-ho, devil-may-care types who see virtually all risk as almost pure opportunity.  And if we are all honest with one another, even though most of us will have a strong predilection for one approach or the other,  effective armies need both types, to win whatever fight they are fighting.

So as we observe this Memorial Day in the midst of a pandemic, I want to honor the fallen by reminding myself, and all of us, that it is not simply that we are in this together, but that we actually need each other.  We need both the strong impulse to train and plan and protect.  And we also need to take some risks and live with some losses.  But let us all remember that if we are ready to take risks, we have to risk our own well-being before we risk that of others.

We have to be willing, if we are relatively secure even if we can’t return to work or are lucky enough to work successfully from home, to build in some real solutions for those not in our position, even if we take some hits on absolute safety.  And we have to be willing, if we are committed to “getting back out there,” to do so in ways that help protect others, even if doing so inconveniences us or even offends our political beliefs.  And if you want a model for looking past your own personal rights,  just remember those who gave their lives so you could be where you are today, and ask what you are willing to give up for others, which is precisely what those we remember this Memorial Day did for us.