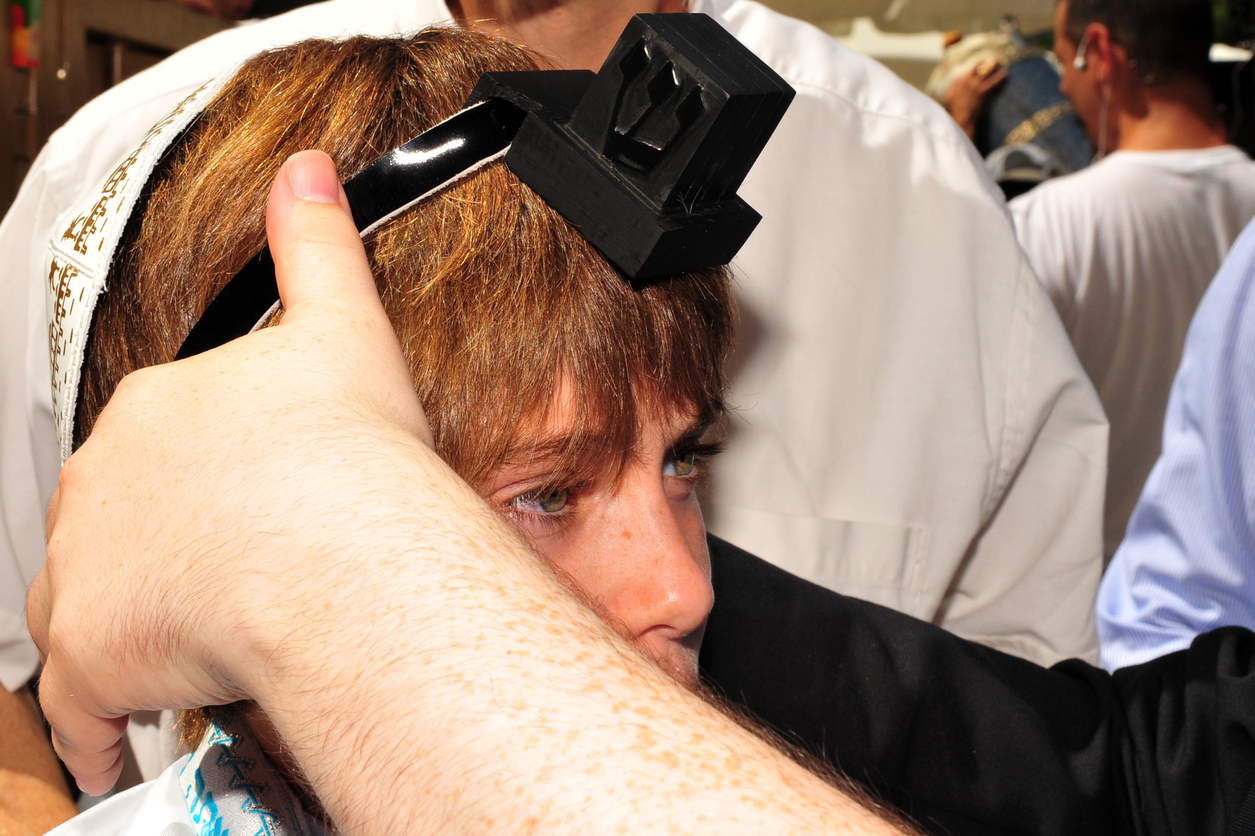 “They” said “Jon” couldn’t possibly manage a bar mitzvah. Jon is a teen with physical, cognitive and emotional special needs, whose parents heard “can’t” countless times from countless people in so-called authority. “They” are some well-intentioned members of a spiritual community, similar to many communities with needs exceeding the capacity of valiant but over-extended volunteers.

When Jon and his parents met me, their yearning and pain were gnawingly obvious. Religion had hurt them, excluded them, and made them feel inferior and “other.” I heard how the family fled religion after a gentleman approached Jon, whose special needs include challenges processing touch. Ignoring the mother’s advice about her son, the man wrapped tefillin around Jon’s arm as part of a coming-of-age ritual. When Jon felt strangled and freaked out, the man told Jon, “It is God’s will.”  Jon and his parents learned to believe that they “can’t” celebrate a bar mitzvah – and that this too would be God’s will.

My heart broke for Jon, his family and their spirituality – as strangled by rigid dogmatism as Jon felt strangled by tefillin. Jon’s coming-of-age moment had become a coming-of-rage that wounded a teen and his parents in the false name of religion.

I’m not a trained expert in how spiritual community can best serve differently-abled teens, but I know this: Jon and his parents yearned for more than a bar mitzvah. They yearned to feel valid, vibrant, whole and loved. They saw a bar mitzvah as a legitimizing marker on the path toward adulthood – a teen saying yes to the future and a community answering yes in return. Jon’s parents felt that a successful bar mitzvah would presage Jon’s future agency as an adult able to lead a meaningful life more full and less Other.

To say no to Jon’s bar mitzvah would say no to all that the family understood the bar mitzvah to mean. I remembered the teaching of my teachers’ teacher, Rabbi Zalman Schachter-Shalomi, zeide (grandfather) of the Jewish Renewal movement, that “It’s okay for a synagogue to be a business, but you’d better know what business you’re really in.”

After I said Yes, it hit me that I had no clue how to make yes real. Adaptations of a “typical” bar mitzvah would be necessary, but would these changes leave Jon or his parents feeling inferior or Other? I wondered about valiant volunteers already overtaxed: would they find the bandwidth to support this journey? Did I know enough? Was I skillful enough? Was I out of my depth?

It quickly became clear that this community’s journey with me, Jon and his family would be about core values – who we are, who we aspire to be, what religion and spirituality are really about, and how we all live in a community diverse in every way. In Reb Zalman’s immortal words, our journey would be about the “business” we’re really in.

The first of three lessons that Jon taught are that needs of the differently abled are about the whole community, not only any person’s so-called “special needs.” Anyone who is (or feels) on the so-called margins of any group places in sharp focus what passes for that group’s public norm – and as for any group, so for all of society. Just by being in community, Jon and his parents place a mirror before the community that reflects to them who they really are.

Jon’s second teaching is about the power and fear of not knowing. Too often, we say No only because we fear that we don’t know how to make yes real.  But in Moses’ words about the Israelite exodus from bondage, “We don’t know how we’ll serve [God] until we get there” (Exodus 21:26). Plans, preparation and expertise are important, but daring to go without knowing can open us to improvisation and transformation if our fear doesn’t shut us down. The common aphorism is spot on: necessity is the mother of invention. Not knowing can be a great reason to say, “Yes.”

Jon’s third teaching is about the power and peril of inner narrative. Sometimes “can’t” is a realistic and necessary answer – but not always. More often than we realize, a steady diet of “can’t” can penetrate deeply and hold hostage our sense of what’s possible. One of the most tragic forms of bondage is to instinctively believe we “can’t,” so that  “can’t” unconsciously becomes a self-fulfilling default.

Today Jon is throwing off some bindings of “can’t” tied onto him by others who couldn’t see past themselves. Force-fed on “can’t” for years, today Jon makes wry puns about Bible stories that get adults thinking and laughing. Jon even gets another “special needs” adult in the community to pay attention and care when nobody else succeeded in reaching him where he was. Jon is discovering what he can do, Jon’s parents are finding new hope for Jon’s future, spirituality is being redeemed in the name of religion, and a community is learning how damaging “can’t” can be when it’s wrong.

As Jon emerges into his true image, I’m reminded of the Jewish mystical teaching that each person – without exception – reflects the divine image. Jon is living proof.

Jon’s name is changed to honor the confidentiality of the family.