Jobs That Sail Away for Good 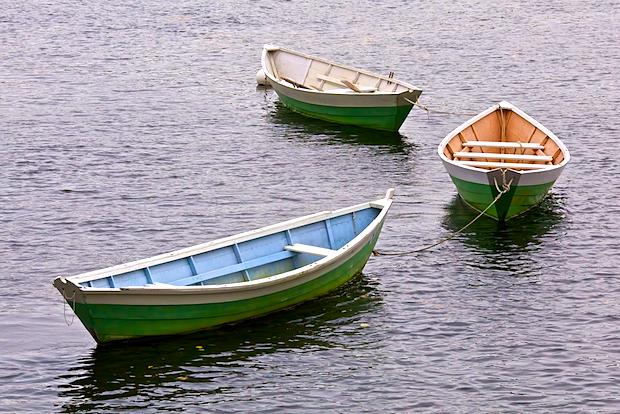 You know the rhyme: “The butcher, the baker, the candle-stick maker, they all sailed out to sea…” Turns out, they won’t be out there alone: They’ll soon be joined by the bookkeeper, the ticket-taker and the telemarketer, with hundreds of other professions following in their wake.

Our jobs are at risk, and so are we. Just check out this 2013 report from Oxford, and this “Will Your Job Be Done By a Machine?” tool on NPR’s website. They’re a reality check about the many jobs we may soon see computerized and/or automated (and much sooner than we might think). Researchers admit the results are “rough,” but go ahead, input your profession on the NPR link – then come back!

What did you learn? My results: just a 0.8% chance that my job will be eliminated by technology within 20 years. So we won’t see robot rabbis anytime soon, but what good is a member of the clergy whose congregants have all been replaced in their chosen careers by droids?

Traits like creativity, character and empathy are all so uniquely human that those who bring them to bear in their work will likely continue doing so for many years to come.

Years ago, in my days as a community organizer in Los Angeles, I had a heated debate with my good friend David, about whether or not we should boycott the supermarket Ralphs. At the time, the chain had recently replaced approximately 75% of its cashiers with automated self-checkout lines, practically overnight.

“It’s not right!” I argued. “Unemployment is higher than it’s been in decades, and we’re supporting a company that’s only making things worse!”

“So what?” responded my friend. “Maybe, if you work hard enough and organize a massive boycott, you might be able to temporarily stop one Ralphs location from automating their checkouts. But do you think you’re going to get the whole company to do it? And Whole Foods? And Trader Joe’s? It’s pointless…”

We agreed to disagree, and then enjoyed two fingers of Johnny Walker Black (bought at Ralphs) before parting ways.

Now, seven years later, I’ve come to realize that David was right. The question is no longer “How can we stop companies from automating our jobs?” but rather: How can we teach our kids the skills – and instill in them the traits – that will survive this tidal wave of automation, so that they’ll never end up out to sea?

In the aforementioned study, if you look at the 702 occupations and their respective rankings, a number of common skills and traits stand out as virtually irreplaceable. Traits like creativity, character and empathy are all so uniquely human that those who bring them to bear in their work will likely continue doing so for many years to come. The more human the skills, the less likely they’ll be replaced.

I’m reminded of NPR education blogger Anya Kamenetz’s recent post, “Non-Academic Skills Are the Keys to Success,”? in which she quotes Noah Webster: “The virtues of men are of more consequence to society than their abilities; and for this reason, the heart should be cultivated with more assiduity than the head.”

The robot revolution is here. There’s no point fighting it. The butcher, the baker and the candlestick maker have already gone out to sea. But in the careers we’ve chosen, if we start cultivating empathic hearts – in addition to intelligent heads – we might just stay ashore.