Is This The Least Biblical Government In The History Of The USA? 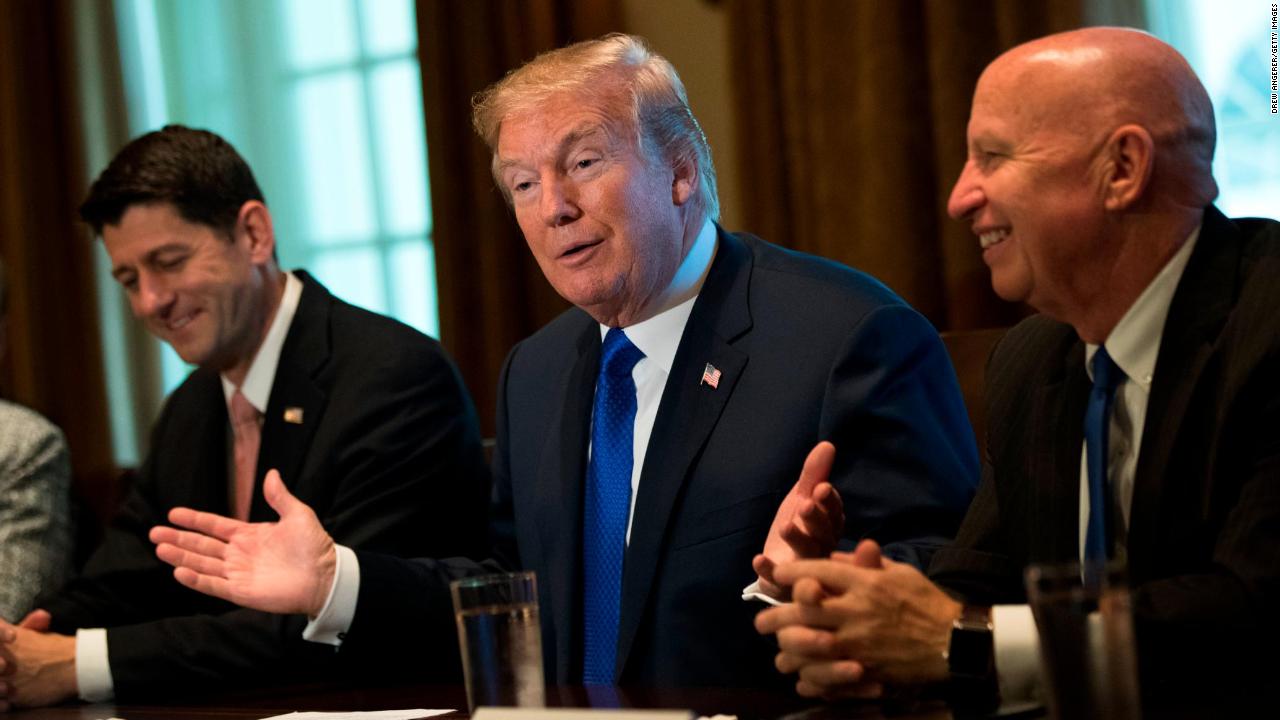 The GOP tax bill, which passed its first major hurdle in the middle of the night Dec 1, contains big tax breaks for the rich, while forcing reductions in health insurance and other social services. Bernie Sanders called it, “one of the great robberies in U.S history,” and media observers watched in shock while the bill was rammed through in the absence of public hearings or bipartisan cooperation. Up to the last minute, Republicans were scribbling in additions the Democrats had no chance to read before the passage of the vote. “As tax experts raced through the bill,” reported the New Yorker, “they discovered other giveaways to the one percent- indeed, to the .001 percent.”

The United States has always positioned itself as “one nation under God” and claimed a connection to its Biblical heritage ranging from liberal and moderate to conservative and devotional. Despite the separation of “Church and State” (or partially because of it?), the US is one of the most religious countries in the world, with much of that religion claiming to be Biblical in origin. With what seems the likely passing of this tax bill, however, one can’t but wonder if this is the least Biblical government in American history.

Of course, one would be hard pressed to take that stance absolutely, considering previous American government’s embrace of such anti-Biblical policies as the idolizing of the military, imperialist expansionism, racism, and even slavery (an institution the Bible saw as an evil and tried to reform and reduce). Nevertheless, the extent to which the current administration has diverged from Biblical teachings on governance is remarkable.

Torah law reworked existing ancient Middle Eastern law with the aim of ensuring that as much as possible of the citizenry securely possessed land and economic resources, or in other words, stayed out of crippling poverty. Biblical scholar Joshua Berman writes, in his book Created Equal: “What emerges is the Western tradition’s first prescription for an economic order that seeks to minimize extreme advantage and the distinctions of class based on wealth.”

Taxes in the Bible

Cognates of the Hebrew word for tithe, ma’aser, connote activities of taxation elsewhere in the ancient Near East, as Berman points out. The taxes of the Torah go to three sources: the Temple priesthood; the poor, and to a ritual which solidified community itself.

The tax was divided into three years. The first year went to the Temple. In the third year, the tithe was given directly to the economically disadvantaged groups (Deut 14:27-29; 26:12-15). The writings of other ancient Near Eastern cultures show a general concern with alleviating the misery of such individuals, yet the tax of the third year in Deuteronomy represents the first known program of legislated taxation for a social purpose, i.e. the first social welfare program we know about in history.

According to Deuteronomy, the recipient of the tithe in two out of every three years was none other than the Israelite producer himself.  The law is to consume the tithe at the site of the central sanctuary in Jerusalem (Deut 14:22-27). The tax here emerges as a means of providing the common people with a religious experience at the center of their collective lives. Berman writes, “In archaic states that practice a collective power strategy, ritual both sanctifies and culturally reinforces an egalitarian spirit through numinous experience.” In other words, the second year tax went to creating experiences that unified the citizenry around its values and provided them with a sense of community, solidarity, and pleasure.

“As the tax constituted a tenth of his produce, it was inevitable that the pilgrim farmer would have far more grain at his disposal than he could consume. Sharing the surplus with other community members, and particularly with those in need, would be an inevitable outcome,” explains Berman.

We see here that taxes, in the Bible, did not go towards the military or the government (neither types of tax are legislated in the Torah) but rather to the Temple priests (who are landless and have no income otherwise), the poor, and towards supporting the cultural rituals that undergird the community and its values.

This is not all that the Bible mandates for the sake of protecting the poor and the strength of the community.

When a peasant found himself in dire straits financially, he would naturally seek a loan. A distinctive feature of the Bible, when seen against the backdrop of ancient Near Eastern law codes, is the laws of loans and interest. Throughout the ancient Near East, interest was allowed and it was common for interest on money loans to be set at 20 percent and on grain loans at 33.3 percent!

In the ancient Middle East, bankruptcy could leave individuals in dire straits with no hope of regaining their independence. They could be in debt for sums that would never realistically allow them to recover and would cause them to become alienated from tribal or familial lands with no hope of ever regaining possession of them. They could resort to having to sell themselves or a dependent into debt-slavery, with no hope of ever being able to repurchase his freedom or theirs. We have records of people forced to give up their children to be slaves to pay off debts.

The Torah itself legislates debt release (Deut 15:1-7); land redemption (Lev 25:8-28), and the freeing of debt-slaves (Exod 21: 1-6; Lev 25:35-54; Deut 15:12-18). The Bible mandates these on a regular basis (every seven or 49 years) thus changing them from a political tool used to gain popularity for the King, as in other cultures, into impersonal, regular legislation. The implications of this are far-reaching.

For one last example out of more that we could discuss, like the law stating the corners of farmers’ fields should go unharvested so the poor could glean from them or the law that workers should be allowed to eat their employer’s produce on the job (!), we should mention the Sabbath. The Sabbath principle’s primary expression in the Torah is as a law of social welfare. This begins with the often-stated proclamation that rest is afforded the servant on the Sabbath day (Exod 20:10; 23:12; 31:14-15; Lev 23:3; Deut 5:14).

In the seventh year–the “Sabbatical” year (Lev 25:4)–the field lies fallow and will yield food “for you, for your male and female slaves, for your hired and bound laborers who live with you” (Lev 25:6). Debt release is every seventh year (Deut 15:1); slaves are released after seven years of service (Exod 21:2; Deut 15:12), or, according to Leviticus, after counting seven cycles of seven years in the Jubilee year (Lev 25:8-9) debt-servants go free (Lev 25:40) and land then reverts back to the original owners, avoiding the possibility of inherited landlessness (Lev 8-28).

Who is to uphold all of these laws?  “You shall appoint magistrates and officials in all of the settlements, in all of the tribes that the YHVH your God is giving you, and they shall govern the people with due justice,” says Deuteronomy 16:18-19. “You shall not judge unfairly: you shall show no partiality; you shall not take bribes, for bribes blind the eyes of the discerning and upset the plea of the just. Justice, justice shall you pursue.”

That’s right. Government is to uphold these laws.

Mit Vos Est Men Es? (What Is The Purpose of This?)

As Biblical scholar Richard Elliot Friedman has written in his book The Bible Now, “It [The Bible] makes a difference partly because of its qualities, partly because of the status it has come to have in Judaism and Christianity, partly because of the status it has come to have in world literature. You can feel any one of a thousand feelings about it, but one thing you should not do is ignore it. One may say, ‘But there have been times in history (and the present) when people used the Bible for harm: burning ‘witches,’ attacking ‘infidels,’ defending slavery.’ True, but that, precisely, proves that we cannot ignore it… As much as the Bible is an ancient artifact, it is also a present one. The Bible matters to people. More than twenty centuries after its production, the Bible is still brought to bear on practically every important social and political issue in the Western world (and much of the Eastern world).”

The Bible may not offer a perfect vision of society, but as Friedman goes on to say in the same book, when trying to understand the Bible we must look at it as an arrow pointing in a certain direction and then follow the arc. The Bible was a radical political document in its day, even if it left more work to do (like the abolition of slavery or the equality of the sexes). Those of us who stand with the Bible as our heritage need to look where the arrow is pointing, all the more now at a time when the “land of the free” has decided to put the “good book” down in favor of principles completely in opposition to it: lawlessness, injustice, acquiescence to bribery and the defense of the interests of the wealthy at the expense of the poor.