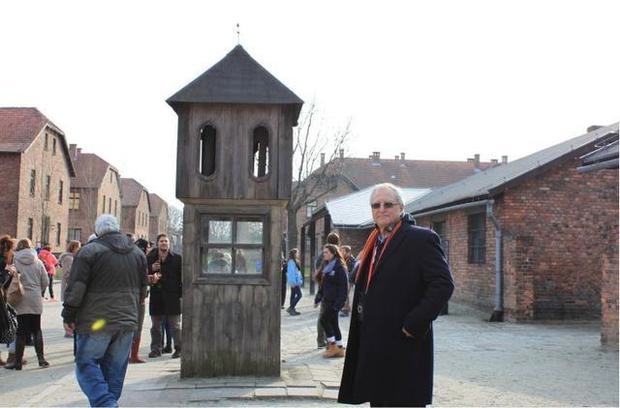 Whatever political views we have on the Israeli-Palestinian conflict, it is pretty clear that conventional diplomacy has resulted in all process and little peace. And whatever the desire for peace on either side, for a variety of ideological, political, cultural, historical, and theological reasons, the psychic reward and security that comes from maintaining and “managing” the conflict is for just about everyone greater than the imagined rewards for peace. Perhaps we are at a point where there is so much trauma and such deep mistrust that more than the combatants are creating the conflict, the conflict is actually creating the identities of all the different sides. Too many people would not know who they are if peace broke out.

Given we are on the cusp of one more failed peace process, with its predictable blame game, deeper polarization between and within each community, and inevitable tragic cycle of violence that will erupt, we need some new initiatives. Instead of more political negotiations whose method is to confirm precisely where people are and then attempt to find ambiguous enough principles, frameworks, and formulations so negotiators can agree without changing anything about themselves, we need some courageous initiatives that touch the psycho-social and psycho-spiritual roots of this conflict – that get into people’s identities.

Here is a recent one. Mohammed Dajani, a Palestinian professor at al-Quds University in East Jerusalem, who proudly calls himself a Palestinian nationalist, recently took 27 of his students to Auschwitz, on what may have been the first organized visit of Palestinian students to a Nazi concentration camp. The goal of the trip explained Professor Dajani, “was to study to what extent empathy for the suffering of the other impacts reconciliation and peace. How would Palestinian students visiting the Nazi concentration death camps feel about the suffering of the other as human beings?”

Dajani understands that imagining the other is a moral quality essential for changing oneself, and there is no imagining contemporary Jews (yet alone their experience of the Israeli-Palestinian conflict) without understanding the influence of the terror, atrocities, and extreme powerlessness Jews experienced in the Holocaust. Of course, Professor Dajani was branded as a traitor by many of his own people as there is nothing more threatening to the psychological and political status quo than crawling into what makes the “other” tick. Last week, a group of Israeli students visited the Dheisheh refugee camp, located south of Bethlehem, to learn about the Palestinian experience of suffering during the founding of Israel in 1948 – known to Palestinians as the Nakba (“the catastrophe”).

Imagine if, on both sides, we spent as much financial, social, intellectual, moral and human capital on initiatives like these as we do on our “peace processes” and then reported on them with the same detail we report on Kerry’s every Middle East trip and Abbas’s, Netanyahu’s and all the other politicians and diplomats every political move. Imagine if we disrupted conventional diplomacy and nurtured non-experts peacemaking innovations? Would we have greater understanding between people than we do from one more d?j? vu inducing peace process?