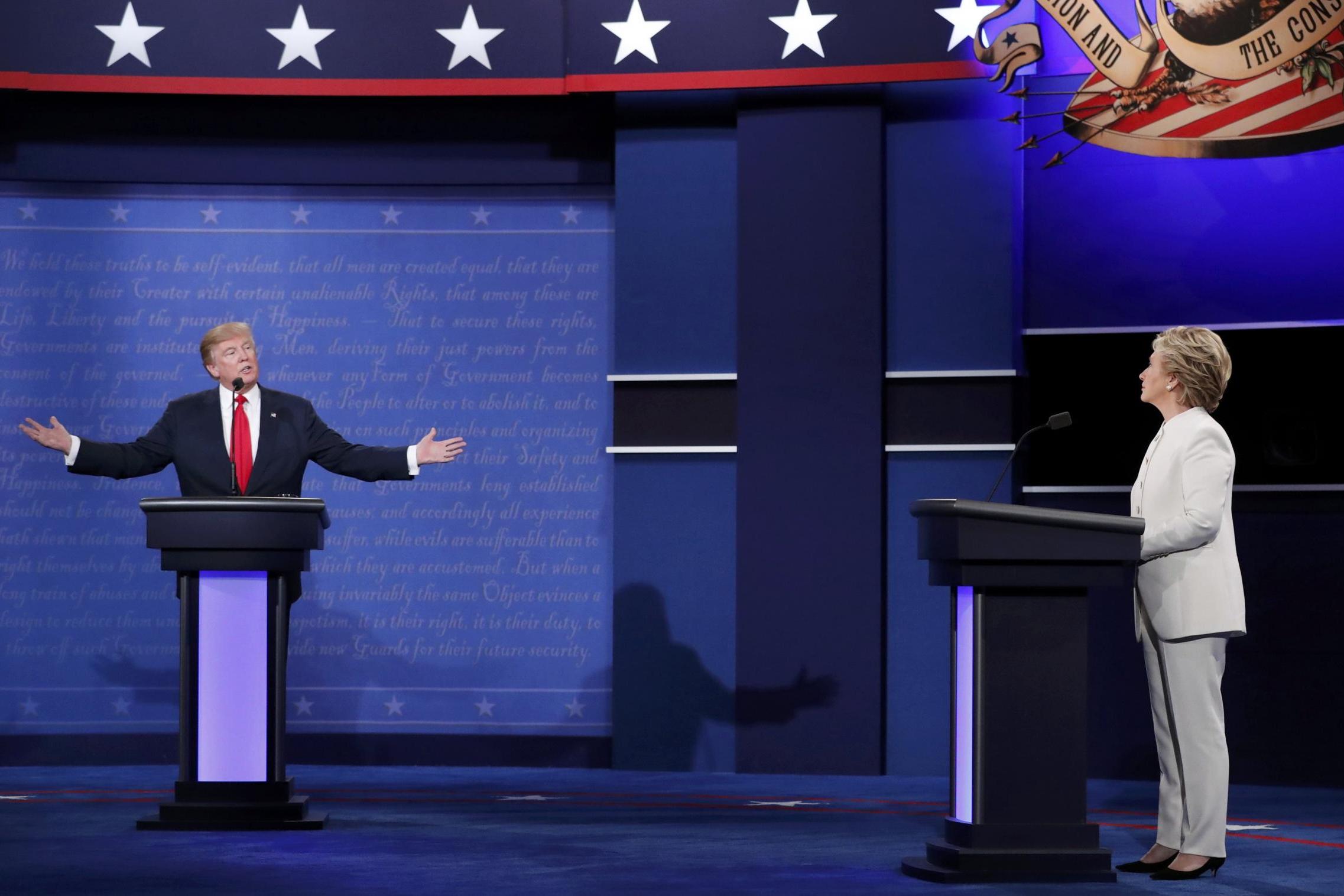 When I wrote about the second Presidential debate, it was all about how the real winner was Karl Becker, the guy who asked the final question – the one inviting each candidate to name something they respect about their opponent.  I am writing today about the 3rd and final Presidential debate, held last night.  And once again the focus is less on the candidates and more on regular people like you and me.

Last time it was about one man.  Today it’s about more than 300 million of us, and by virtue of US influence and power, it’s really about the world.  We could all end up the winners, or the losers, of last night’s debate.

“I will look at it at the time,” Trump said when asked during the final presidential debate whether he would concede if he loses on November 8, following his totally unsubstantiated claims that the election is “rigged” against him.  He added: “I will keep you in suspense.”

Despite how offensive many of us find both the comment, and the thinking which animates it, it is almost certainly not as dangerous as many in the media would have us believe.  In fact, the idea that a major candidate for the presidency of the United States would question the results of the election is actually not as surprising or unprecedented as we may think.  Can anyone say Gore vs. Bush 2000?  And even that was not unprecedented.  For all you history buffs and appreciators of context, look back to the 1876 contest between Hayes and Tilden, which like Bush vs Gore demanded legal action to resolve.

We have been here before, survived, and will do so again, so Trump’s words will not make losers of us all.  Neither will his propensity for speaking like the demagogic leader of a tin-horn republic who respects nothing other than his own personal advancement.  That has been his M.O. every step of the way.  No, what will make losers of us all, whoever wins this race – surprise Donald! – is approaching our lives in a particular way that Trump approaches this election, and that has nothing to do with party politics, particular policies, or whomever you support in the election.

Donald Trump simply cannot take “no” for an answer.  Whether it was his claim that his show, “The Apprentice,” failed to garner an Emmy because the awards were rigged, his current claim regarding an election which seems to be slipping away from him, his bragged about sexual predation of women, or so many other examples, Donald Trump just doesn’t get that sometimes the answer is no, and that is actually ok.  It’s probably something with which we could all do better, and if we fail to, we really do become a nation of losers.

I am all for commitment to a cause, the idea that sometimes we dare not contemplate defeat because doing so invites it, and all of the other idealistic approaches which keeping us pushing past the seemingly possible toward the truly amazing.  But I also know that without the ability to take no for an answer, at least more often than Donald Trump is, the only thing separating any of us from lives of miserable frustration and dangerous rage would be the money to buy ourselves out from under them, and as we see now, even that doesn’t seem to work so well in terms of personal happiness.

Winners, it turns out, need to have the capacity to lose, and to do so rationally, reasonably, and at least somewhat graciously. Support whomever you want on November 8th, but if you can’t also do that, we will all wake up in a world of pain, not too long after, and I don’t just mean about politics.

Imagine relationships, partnerships, communities, and more, in which nobody could ever take no for an answer.  Inevitable conflicts would turn into total ruptures, or worse, all out wars – verbal or even physical.  A fight with a spouse?  Cause for divorce.  Disagreement with a child?  Throw them out of the house.  Controversy at work?  Quit, sue, or be sued.  If that isn’t a world of of losers, what is?

We can choose to see that there is genuine necessity in accepting certain losses, true wisdom in discovering new places where that might be true, and the possibility of future victories when we do so with dignity.  A nation filled with citizens who know and live that, along with whatever other values and views they hold, can be a nation of winners.  And at the very least try it with someone you love and see if you don’t become a winner along the way.