I Was Also Tempted To Blame All Sides For Charlottesville. Here’s Why. 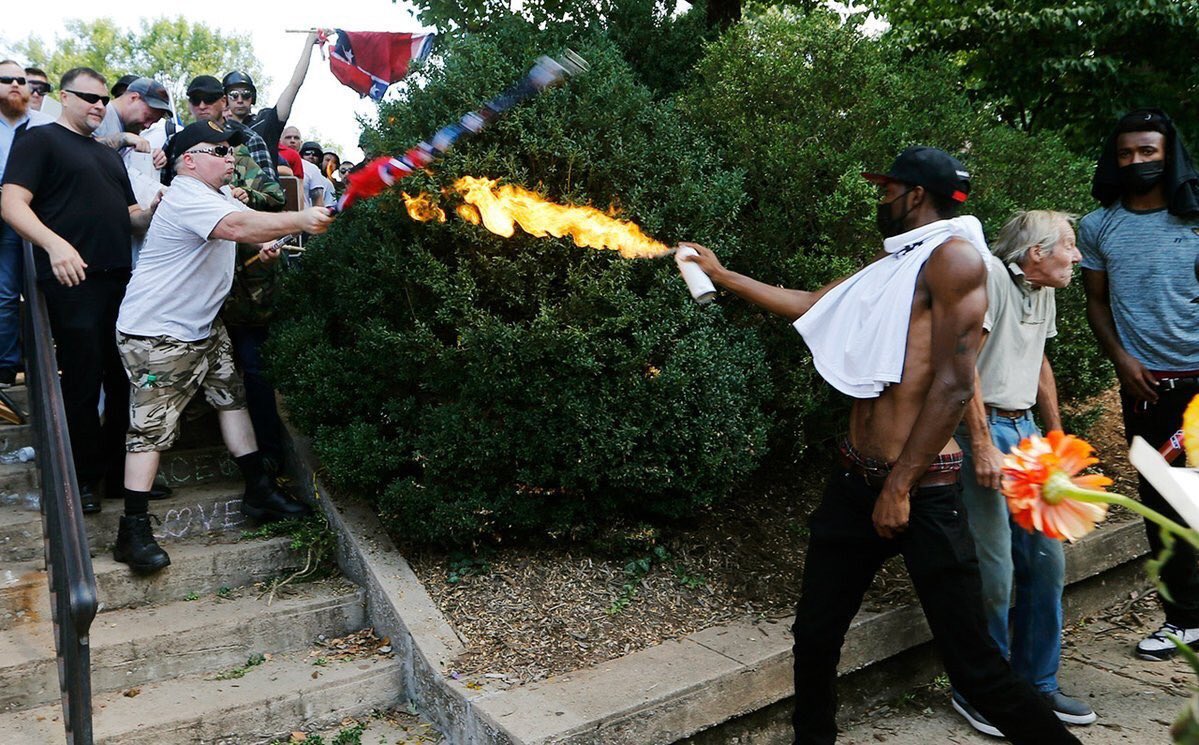 When I sat down to start writing today, I realized two things.  Well, one I realized, and the other emerged in a rather passionate exchange with TWD Director, Elad Nehorai, who is never shy with his opinions regarding my opinions!

What I realized on my own, was that all writing about Charlottsville, the riots there, and the terrorist murder of Heather Heyer, is really writing about us, our feelings and our most deeply held convictions.  However calm and evidence-based the analysis is, whether we admit it or not, events as horrible and ugly as this are litmus tests or mirrors, which tell us more about ourselves than they do about the people and events about whom any of us is reflecting.

None of us has a full understanding of what this all means, or how best to respond, even if we think we do.  How could we?  That would be like saying we had a handle on how to respond to 9/11, on the morning of 9/12 or 9/13.  And yeah, I get that the scope of those attacks was bigger, but I also know that for those who knew and loved Ms. Heyer, that is a meaningless claim, so I am thinking that none of us should pretend to have an immediate and clear understanding of what it means when people are murdered by terrorists, whether it is 3,000 at a time, or one at a time.

With that in mind, I thought to reflect on how this moment demands a clear statement that while both “sides” are not equally guilty for what happened in Charlottesville – only people in one camp did, or have defended, murder – both sides have a hate problem and we all need to look at that, if we want to make things better.  That’s where Elad jumped in.

“Really?  That’s what you want to say right now?”  “Even if that’s true,” he continued, “that ‘both sides’ stuff has become its own tired genre, at least as much as is the writing which points a finger of blame at one side or the other.” And I think he’s right.  There is certainly cause for introspection across the political spectrum, but saying so, especially to people who are hurting so deeply, is not an effective means of communication, even if it is true.  And me?  I will take practical effectiveness over philosophical correctness any day of the week, and twice on days when lives are at stake, as they clearly are today.

So, with both of those awareness’es in mind, I asked myself why I felt such a powerful need to look at both sides in a way which didn’t split the difference between them, but also went beyond just venting my legitimate rage at the murderer, those who sympathize with him, and the values which animate him.  Why, in the days following an act of terror, was I even paying attention to what bothers me about some of those Antifa activists who went out to confront Swastika-waving, “Blood and Soil”-chanting crowds, screaming for the end of what they see as their oppression?

Why?  Because, despite knowing that we really do have a broader problem of hatred in our culture – one that touches people at both ends of the political spectrum — I identify with the angriest and most violence-prone Antifa activists.  I identify with them, and I also condemn them, and both reactions are rooted in the same fact: I was them.

I was the teenager who not only protested Nazis – never sure what is added by attaching the “neo”, other than pointing out that we are talking about people other than Germans over the age of 90 — when they came to my suburban home community, but did so both violently and proudly.  These were people seeking not only my extermination, but the extermination of anything that most of us understand to be good and decent, which is why at the age of 16, 17, 18, I was proud to fight them and to get arrested for having done so.

I remember sitting at the table of our synagogue with the rabbi the Saturday immediately prior to the infamous march which was moved from Skokie, IL to the adjacent suburb of Evanston.  The rabbi, sitting directly across from me at the table, asked me if I was planning to be at the rally, knowing, I am pretty sure what my answer was going to be.  I told him that I was, and he took a long pause before looking straight into my eyes and asking, “Are you going to beat them up?”  I told him that I was, and that in all honesty, I didn’t care if we killed them.  He told me that he thought I was wrong, and that he understood.  That was almost 40 years ago, and I don’t know if I really appreciated his words as deeply as I do today.

That wise rabbi truly understood the impulse to go out and beat them up.  He knew that to look at Nazis, was to look at one of the world’s most powerful forces for hate and murder.  If one could stop that, and rose up to do so, that was totally understandable.  But if he truly understood, why did he think I was wrong to go out and do it?  Probably because he understood what I think I have come to understand.  Namely, that having the moral justification to do something, doesn’t guarantee that it is the wisest or most effective way of getting a good job done.

I genuinely believe that there can be moral justification for at least raising the prospect of violence in the face of Nazis marching in the streets, but I also know that, until they pose an immediate threat, it is unlikely to be the most effective means of response.  To be clear, when they do pose an immediate physical threat to life, and “the proper authorities” are unwilling or unable to stop them, I remain clear, if not entirely comfortable, about “regular people” using violence to stop them.

Without wanting to sound glib or cavalier, if someone could have stopped the accused driver-terrorist who murdered Heather, I think that they should have done so by any available means.  And yes, I know exactly what I am saying, and having been in that position somewhat later in my life, can back those words with personal experience.  But it is precisely because I have been in that position, and reject the notion that violence is never the way, that I also know it is always the worst possible alternative, even when used against the worst possible people.

So I sit here today, not wanting both sides to take some measure of responsibility for the problem of hate in our culture, as much as I sit here trying to figure out how to honor the fact that some things do need to be fought for, at least some of the time, and also to honor the fact that having done so, even when our fight is justifiable, we will bear scars that disfigure us forever.  We need to be a whole lot more cautious about the “moral crack” of righteous indignation, which makes those “good fights” just a little too easy to join, for our own sakes, if not for anyone else’s.