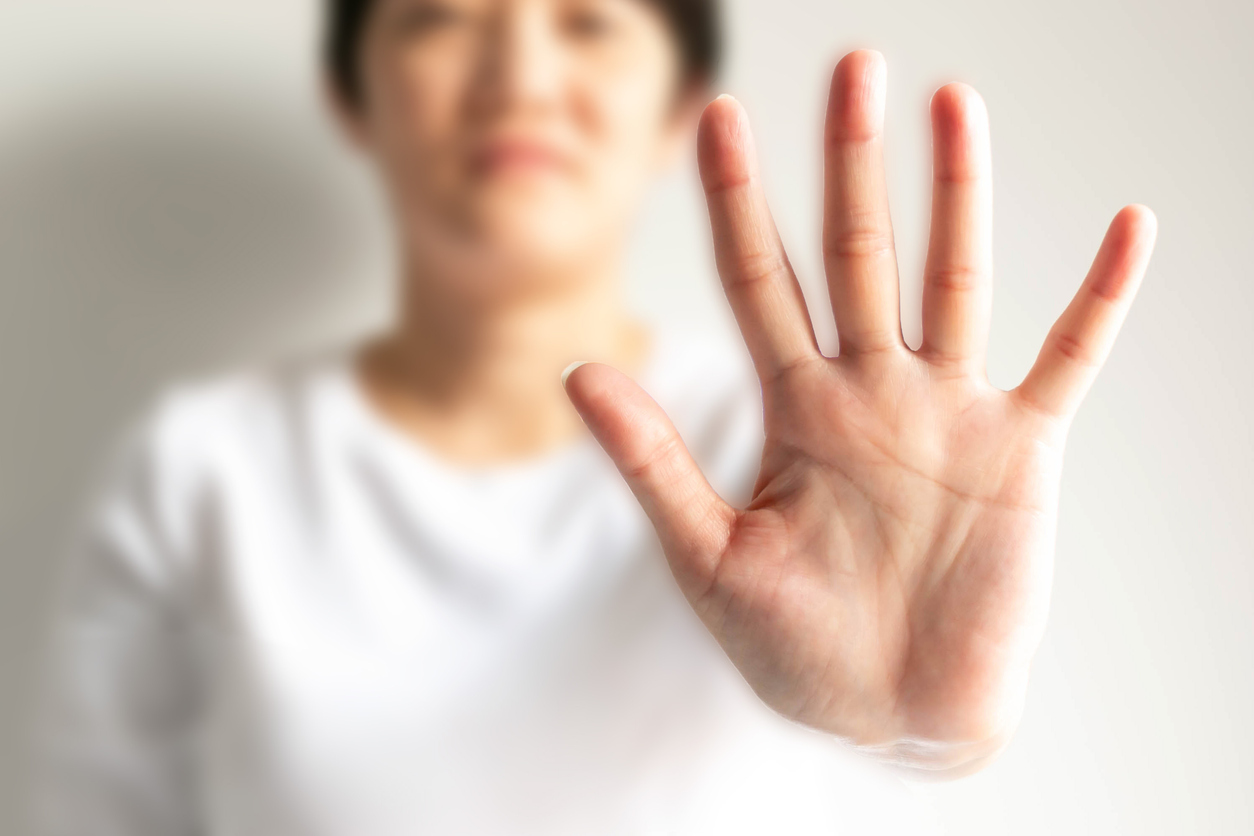 What are the limits of free speech? When does hateful speech cross the line into “hate speech”? When is it ok to break the rules of civil conduct?

These are all questions I’ve been asking myself since last Tuesday when I disrupted a man spewing hateful, antisemitic rhetoric at my local school board meeting.

The man began his speech with a quote that he falsely claimed originated from former Israeli Prime Minister, Menachem Begin.

“Our race is the master race. We are the divine Gods on this planet. We’re different from your inferior races as they are from insects. In fact, compared to our race, other races are beasts and animals, cattle at best. Other races are considered human excrement.”

His words jarred me into attention. My heart beat faster as I leaned in to make sure I was hearing correctly.

“Our destiny is to rule over the inferior races. Our earthly kingdom we lead with a rod of iron. The masses will lick our feet and serve us as slaves.” he continued.

People looked at each other and shrugged, unsure of who or what he was talking about. But, as the daughter of an Israeli, I knew exactly what he was doing. The second part of his speech confirmed my suspicions.

“It’s time to stand up to Zionism and communism that’s in our communities!” he called out.

His words triggered a visceral reaction in my body. I knew I could not sit still any longer. Breaking the rules of conduct at school board meetings, I leaped to my feet and yelled, “Stop! You can’t allow this kind of speech!”

The repercussions of my actions were immediate. The leaders of the school board demanded that I stop interrupting. “She needs to be removed.” “Please be respectful to this gentleman.” “He’s allowed to say whatever he wants.”

They even consulted the District’s lawyer, who reiterated their demands that I give the man his three minutes of speech, uninterrupted.

Feeling defeated and outnumbered, I sat down beside my friends as the man continued his hateful speech. He concluded with “We know there’s a major problem of organized crime within the Jewish community. We need to prosecute them.”

When he finished speaking, I watched in horror as people in the room clapped. Other Jews clapped. Did they understand what they were clapping for? Was it about antisemitism or just this man’s right to free speech? It’s hard to know for sure. What I do know is that I’ve seen many of these same people booing loudly when doctors and other pro-science people have spoken… so their commitment to free speech seems dependent on the content.

A full week has passed since the school board meeting.  A week in which I have second-guessed my actions a hundred times. A week in which our local Jewish community has reeled with fear and anger. A week in which the board has made no official statement condemning the hateful speech.

While the rules on free speech are not clear cut at school board meetings, it does seem as though technically, the board president may have been right to allow the man to finish his comments, no matter how hateful they were. But this does not excuse her from culpability. As board president, she could have attempted to keep the man focused on relevant issues or even followed up his speech with a thorough condemnation. Instead, she chose to attempt to have me removed for standing against antisemitism.

This was not the first time antisemitism has presented itself in our school board. Public comments comparing mask mandates and other COVID mitigation to the Holocaust occur at almost every meeting. One speaker even used her time to howl about being in the showers (a reference to the showers in concentration camps) and begged the board not to turn them on. In fact, a school board member was just elected who used quotes from Hitler on social media.

So, what do we do about unchecked antisemitism in our district and even amongst our leaders? I’m not sure. While disrupting the hateful speech did seem to help wake up the local Jewish community as to how badly the situation has deteriorated, it will not rid our community of antisemitism.

The truth is that antisemitism is part of a much larger web of hate that’s infected our entire country. Across America, there have been reports of hate spewed at school board meetings, sometimes even directed at the board members themselves. The situation has gotten so dire, that last month the National School Boards Association wrote to Biden asking for federal assistance to keep school board members safe. In fact, at this same meeting I attended, an earlier speaker said about trans kids, “Oh, transgender! He has the right to go into the women’s bathroom and rape her.”

Hate is connected. Intolerance for one group quickly spreads to all groups. As the famous German resistance leader, Martin Niemöller once said,

It is time to speak out… against ALL hate. Show up to your school board meetings, support vulnerable communities, and, perhaps, most importantly, vote for leaders that will ensure a safe and inclusive environment for everyone.