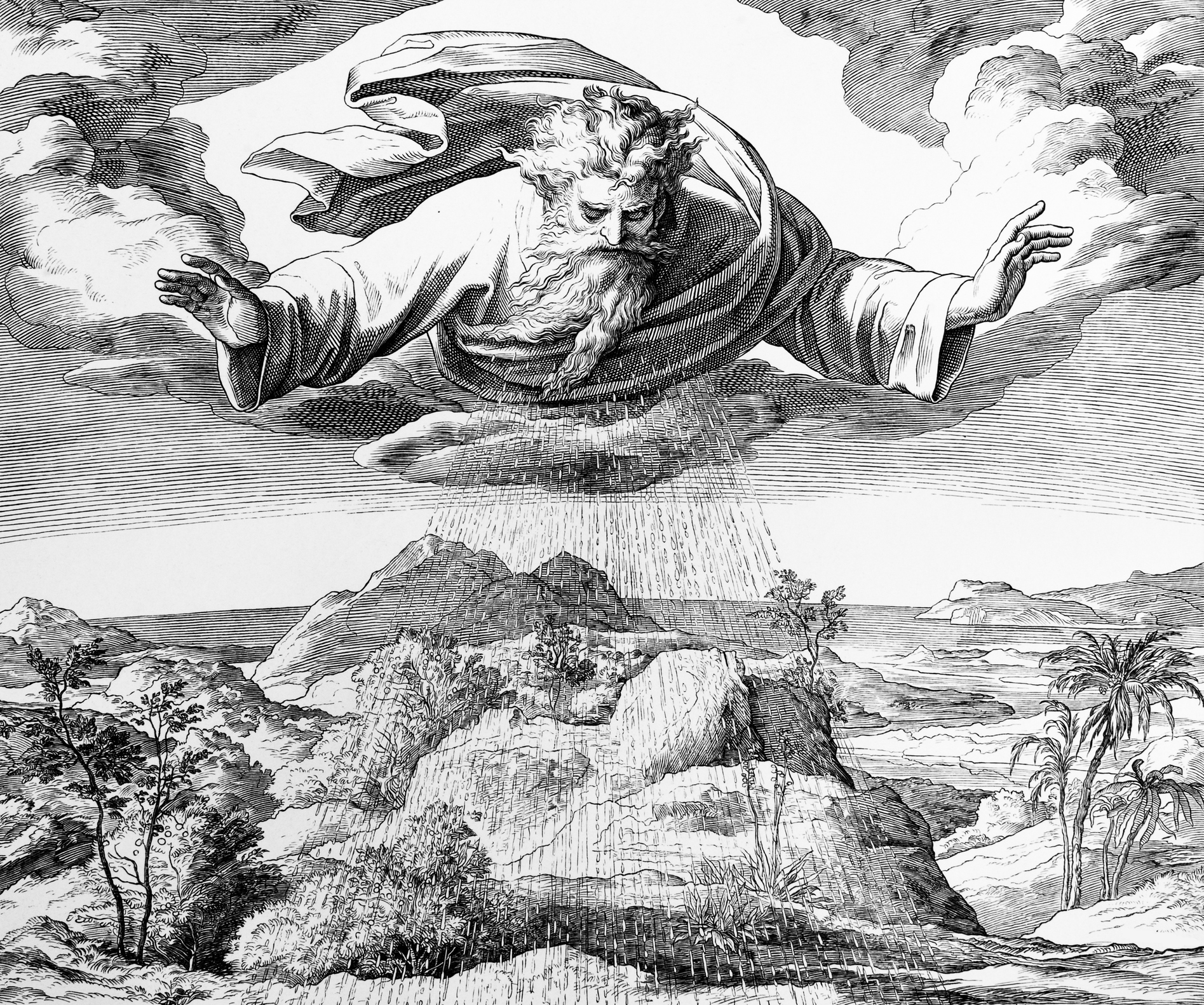 According to a recent survey by the Pew Research Center, “younger adults (those under the age of 50) are less inclined than older Americans to believe in a biblical God and more likely to say they don’t believe in any higher power or spiritual force.” When I read that, I thought, no wonder. Perhaps these younger adults had an experience similar to mine.The God of my youth was an old bearded white dude in the sky.

Literally. In the second grade, I had a children’s book of bible stories, and in one of the photos, there is an elderly Caucasian gentleman in the sky looking down at everyone. (1)

What confounded me as a child, growing up Jehovah’s Witness in the 80s, was how angry God was, at least in the version of the bible that we read. Each week, the elders would stand on stage, behind a wooden podium, telling stories of a god that we were meant to fear. He was sitting up there, judging people. Showing His wrath if they made a wrong move. Showing mercy only after people were down on their knees begging. Giving them paradoxical tests that no normal person could pass. I mean, what the hell kind of God sets you up to fail like that?

He was a jealous God. I always thought that was weird. If God is all powerful, why would he need to be jealous? Jealousy is such a petty human emotion. Jealousy says, “I’m sad you have something I want that I don’t have.” It’s rooted in scarcity. Why would God succumb to scarcity stories?  Wouldn’t God feel like He had everything? And if He created everything and you liked something he created, wouldn’t He be like BOOM!, I made that, rather than getting jealous?

Also, why Him? Why would God be a man? Perhaps a better first line for this essay would’ve borrowed from bell hooks: The God of my youth was steeped in white supremacist capitalist patriarchy. Why wouldn’t the supreme being who was omnipotent and omnipresent also be omnigendered? Or show up as a woman for those who needed Her in that form, and a man for those who would resonate more with masculine form?

Reading those bible stories also made me worry that God was kind of small, personality-wise. Clearly God could do anything and could create all of the miracles I spent my childhood reading about, but He was also quick to punish. Powerful, yet still power hungry. Jealous. Using people as playthings. Transactional, as in He would only give you what you wanted or needed after you prayed enough, gave up your first born, sacrificed a lamb, etcetera.

By the time I was whatever age one is when they are in the fourth grade, I remember thinking God was kind of a jerk. And he suspiciously seemed to have the same inner compass as my mother: she was right and everyone around her was wrong and either needed to be saved or punished.

I figured, who needs it? I made a promise to myself: I will say what I need to say to get by in this crazy house run by someone who will only show me love if I pretend to believe what she believes. But in my secret heart of hearts, I do not believe this is God. I believe in God. But I don’t think this old white dude is it.

This created a dilemma in me. My brain was being pickled in the mean guy version of God. My mother hauled us to the Kingdom Hall on Tuesdays for bible study, Thursdays for a full service, Saturdays for door-to-door service, and Sundays for another full service.

Yet, I did believe in the Divine. I didn’t know what exactly was out there, but I knew there was an energy. A mystery. A companion. As a child I felt it. And that love and sweetness and calm and grace that sometimes came over me for no reason–that didn’t feel anything like what I was being sold about God. I would feel a spontaneous flooding of warmth and joy in my heart, for absolutely no reason. I would feel like someone who cared about me was holding my hand.

What I believed was not what I was taught. It came from my own direct experience. I wonder if more people would have some form of connection to the Divine if we stopped trying to tell them what he/she/it is and started inviting them into an experience. I have no answers. Only questions.

What if we taught people that they don’t need an intermediary? That God is as close as the breath and as near as taking a pause to get silent?

Nicole Taylor has been dedicated to supporting individuals in their personal transformation and growth for more than 10 years. Using a blend of meditation, yoga, mind/body awareness, and Ayurvedic techniques, Nicole facilitates transformative workshops on self-care. She is the author of the book A Joyful Pause: 52 Ways to Love Life.