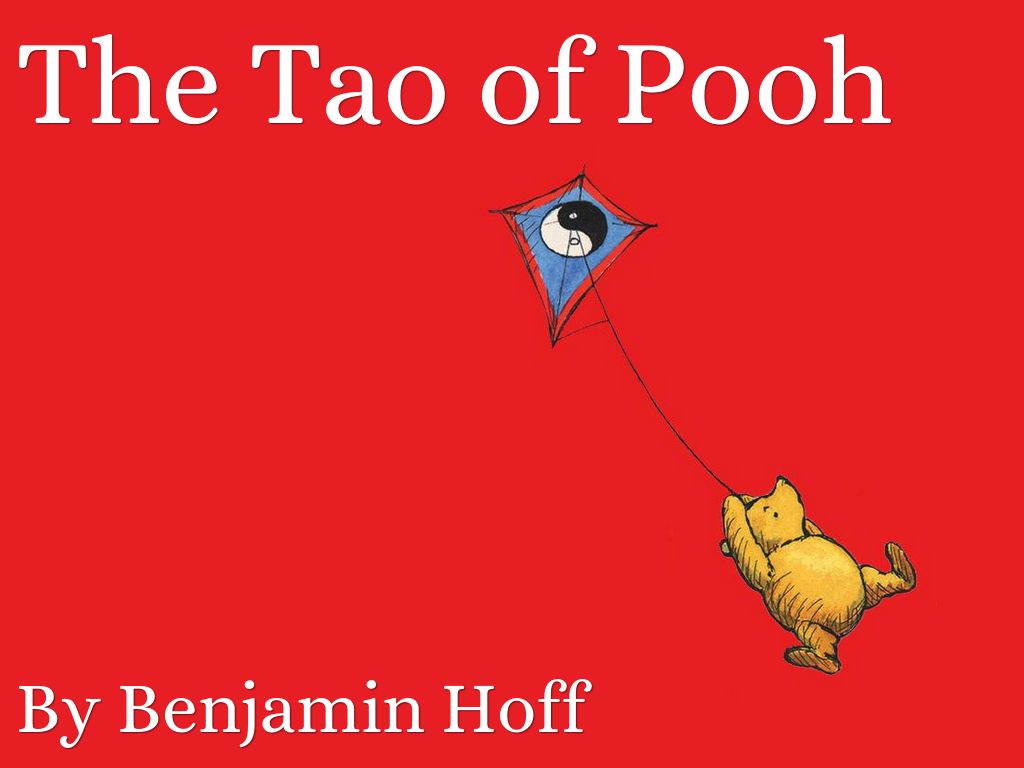 Intro to Taoism and How it’s Counterintuitive to Human Nature

Every here and there we find ourselves bumping into foreign concepts that could be either one of two things – extremely simple, or, entirely beyond our realm of understanding. This is how I feel about Taoism — a Chinese philosophy that advocates for a life of utter simplicity and noninterference. This mantra believes that a happy life can be achieved by following the course of natural events without interfering or overthinking.

In other words, this ancient Chinese practice advocates for the notion that everything happens for a reason. We we were meant to go with the flow and accept that whatever’s meant to be will be; the end.

But here’s my problem:

I cannot just live this way.

Please hold, let me cancel all my plans for the next week, stop applying for jobs, and take a trip to the garden behind my house. Maybe if I wander around aimlessly, nature will simply guide me to a successful, bountiful life. I’ll just wait…

Pardon the sarcasm, but you see where I’m going with this.

How can anyone journey through their life without running any interference? What does this look like? In fact, a lifestyle like this one seems to go directly against human nature for every reason you may be thinking.

Your average Western thought leader will not accept a mantra such as this one. Who could believe that choosing a life of noninterference is the ultimate way to success? Human beings are power hungry and constantly looking to be better, faster, stronger. We hunt for positions of power as we dangerously climb the corporate ladder. If we don’t push ourselves, how are we to become rich and famous? Our egos will starve and shrivel into little balls of dust. Does choosing to follow Taoism choosing to simply be stagnant?

But this was the moment I began to realize – it must be more complicated than that.

The Tao of Pooh

The Tao of Pooh by Benjamin Hoff uses the nuanced characters of Winnie the Pooh as stand-ins for various different personality types. If you’re familiar with the beloved childhood stories of Winnie the Pooh, you should already have a picture in your head of what this may look like. Let’s take a quick look at the cast.

And then there’s our old friend, Winnie the Pooh – a simple bear, easy to please, low maintenance, slow to anger, the epitome of go-with-the-flow. Pooh Bear makes his way peacefully through life. He takes things as they come and gets worked up over nothing. He doesn’t worry, he doesn’t stress; in fact, he doesn’t do much at all. He has no long term goals or dreams – no daunting challenges, no anxiety or pain. One may say that Winnie the Pooh is the ultimate Taoist – a simple cog in the greater machine of life, following the wind, wherever it may take him.

No complaints, no questions, comments, or concerns.

Then, there’s this thing called The Uncarved Block

Hoff elaborates by describing the condition of the “Uncarved Block,” which refers to the natural state of a person, prior to any shaping or outside interference. Living as an Uncarved Block involves adopting a simple perspective of things and enjoying them just the way they are. One must discover the essence of a given something – thus, peeling back the layers of skin, ego, and the unnecessary. But what exactly does this look like?

Young children are inclined to live as the Uncarved Block. They see things only for what they are. They enjoy everything and nothing, for they know little of arrogance or complexity. Life is simply a fun place to be – and that’s that.

This is why little children are often happy and easy to please. They don’t expect much and, despite what Western parents forcibly provide, they don’t need much either. Pooh embodies the concept of the Uncarved Block. He finds pleasure in a simple jar of honey and an afternoon with his friends – because quite frankly, he doesn’t need anything else.

But human beings are usually not this way. We are generally not so easy to entertain. We need constant updates and attention. We need the newest technology and the fastest internet connections. We need movies and happy hours and nice clothing. We’re tirelessly ambitious, from job interviews, to networking, and higher degrees from fancy institutions, we must advance in life, quickly — before we fall behind the rest. We allot ourselves breaks when we are worthy, we run to work, we push others out of the way. We simply can’t appreciate a jar of honey the way we used to. No, no — we are much too complicated for that. Too deep, too intellectual, too needy.

People Are Programmed to Overthink Everything

Hoff goes on to criticize the Great Thinker – the academic who considers himself of great importance. He notes how humans are constantly trying to surpass their limitations. Pooh hums a lovely tune by the name of Cottleston Pie which is actually a poem by Alan Alexander Milne. The lyrics go a little something like this:

The meaning is every bit as simple as the words (this is a case where we’re not meant to do any over thinking).

The significance of the first verse is as follows – if you’re unable to do something, you should not force yourself to be able to do it. Hoff explains that people often try to stick “square pegs into circular poles.”

According to the Taoist, this is entirely unnatural. We’re constantly prodding for more information, more insight. We twist and bend ourselves to do things we were never meant to do and, in the process, disregard our own natural abilities. There’s nothing wrong with a fish being unable to whistle, just like there’s nothing wrong with a person who is unable to fly – and with this, I agree, but to some extent, I find this perception to be greatly limiting.

In order to get anywhere in life we must push ourselves as hard as we can, or so we’ve been taught. We must pursue the impossible – we must make sacrifices. Mustn’t we? In fact, life is all about stepping out of our comfort zones. We must ask questions, for if we don’t, how are we expected to grow?

The Tao of Pooh seems to undermine this theory by encouraging man to embrace what he has instead of going against the natural order of things and seeking out what he is lacking.

I believe there is another way to explain this concept of transgressing our natural abilities — an explanation that does not confine us to only the abilities we have. The book further suggests that, as opposed to forcing ourselves to fit our square pegs into circular holes, we embrace our skills and our flaws, thus, optimizing on every part of who we are.

There is a Jewish idea of making our so-called “bad traits” work for us, as opposed to against us. The Tao of Pooh seems to suggest a similar solution. For example, if a man has a proclivity for violence and killing, he should be transformed into a great warrior and taught how to fight for his people. He should seek an outlet in order to actualize his negative traits in a way that allows all of him to be considered “good.”

Instead of disposing of an entire part of yourself, consider searching for the correct place for your less desirable traits to reside. Perhaps up until now you’ve been using these traits in the wrong way — all this time thinking less of yourself and wondering why it’s been difficult to live up to your potential. Maybe we’ve simply been staring at the wrong side of the coin for too long.

And Now, The Pooh Way…

Of course, in order to actualize these ideas properly, one must follow the method that epitomizes this entire writing, “the most characteristic element of Taosim-in-action,” to quote Hoff. The principle of Wu Wei which literally means “without doing, causing, or making,” has been labeled by Hoff as “The Pooh Way.” This principle takes us back to Pooh and his effortless and natural way of going about life. This mantra strongly believes that we were never meant to struggle against the water. We were meant to follow it wherever it takes us without thrashing against the current.

“The efficiency of Wu Wei is like that of water flowing over and around the rocks in its path – not the mechanical, straight-line approach that usually ends up short-circuiting natural laws, but ones that evolves from an inner sensitivity to the natural rhythm of things,” (Hoff, 68).

These words imply that humans are inclined to go against this natural rhythm, as creatures with “overloaded brains,” who interfere too often and try too hard.

In an adorable and fictional interaction with Winnie the Pooh, Hoff recounts the following:

Of course, this seems natural and easy for Pooh Bear – a simple-minded creature with no commitments or real responsibilities. How can we, The Overloaded Brain, learn from a character we can hardly relate to? Imagine someone in a high-stress career or a medical student existing with such a mantra. How can one possibly just let things be – take them as they come, and avoid over-thinking and over-intellectualizing at all costs? However, this little books pleads with its reader to understand that the Pooh Way is applicable to anyone and everyone.

No Stress, no struggle. We quit the habit of overthinking. We simply exist. How appealing is this? How simple and kind-hearted. With a tinge of cynicism, I can’t help but find this attractive. Man is too mighty, too haughty, too intelligent. We believe we can solve every problem, we are superior to all other species.

We try too hard! We drive ourselves mad with expectations and rules and stress, and in the process, we have separated ourselves from the natural world. When we try too hard to do something, it simply doesn’t come out right. I’m sure many of us can attest to this…

So I ask myself – can it really be this easy? As simple as every feel-good magnet or gift shop mug tries to convince us it is?

These idioms ring in my ears as I consider these principles. Does anyone truly live this way? If not, it must be a little more complicated than our friend Benjamin Hoff would like us to believe. Do any of us truly know how to put our worries to the side and just live? Is anyone as easy going as they say they are?

Part of me believes this is simply impractical if not impossible. How can anyone fulfill their potential without trying, or worrying, or pushing their limits? Is it possible that actualizing our full potential just means accepting everything that we are and are not? No compromises, no complications, no existential crises?

I can’t help but ache for the simplicity of this lifestyle, however my own lifestyle rejects this mantra grotesquely.

We are constantly reinventing ourselves, changing careers, taking on more responsibilities.

Is there a way to carry a larger load without becoming any heavier?

Is it possible to follow the Way of Pooh, the way of the Taoist, and just be?

Why I’ve Given Up On Ambition