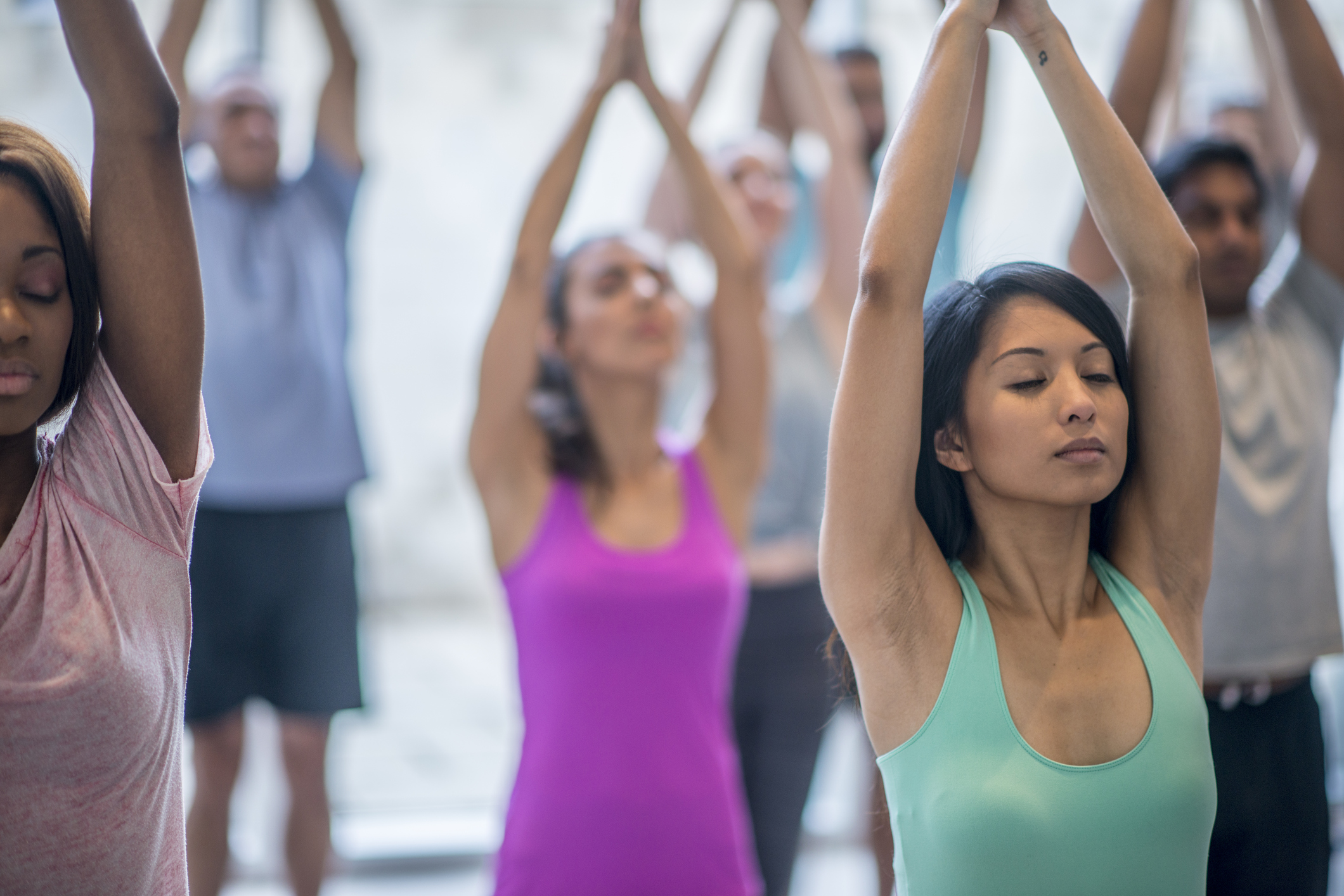 I have severe and chronic FOMO. I want to be everywhere, with everyone, all the time. I take “the grass is always greener” literally, eternally crossing over to the other side, just to see how green the grass is there. In my latest attempt to have it all, I moved to New York. There, I discovered the perfect app for me… I thought.

Classpass, as you may know, is an app that lets you take fitness classes at studios all over the city. It isn’t cheap, but I was lured in through an offer of 6 classes for $19 (virtually free by New York standards), and then became a member by default. I’ve been spinning, rowing, and doing barre, yoga, EVF, BFX, and other initials which basically mean “sweat.”

Classpass was specially designed for people like me, people who walk into the shoe store and leave two hours later, a trail of tried-on shoes behind them. Do I want black or white? New Balance or Saucony? Running sneakers or walking sneakers or lifestyle sneakers? Or not sneakers at all?

After getting the opinions of everyone who answers my desperate texts, I finally buy a pair of white sneakers. I return them the next day and buy the black pair instead. At home, I take them out of the box and place them neatly by the closet, but I’m too scared to wear them outside. What if I discover a pair I like more?

Classpass is for people like me who get into the master’s program at the school of their choice, but instead of simply going, make a list of ten thousand reasons why they shouldn’t go, and what they should do instead. After two months of hair-pulling teeth-grinding limbo, I decide to enroll, informing my very-supportive-yet-very-much-staying-in-Israel boyfriend of my decision. Then I regret it, and then I regret regretting it.

I call said boyfriend the day I arrive, letting him know I’m coming back. A few days after school starts, I am not only happy with my decision, I have completely forgotten it was even a question, since I’m wrapped up in a new, all-encompassing dilemma: which courses should I take? Which in the Law School? And which outside of it? At the Journalism School? At the School of International Public Affairs? The Philosophy Department? And what about a course at NYU? And what about volunteering? Fighting for a cause? Getting a PhD? Writing a blog?

But this focus/contentment/ability to choose (of which I don’t have enough to even choose the right word), is not a trait only 80-something-year-olds have. I had purchased the 6-class package with a friend my age, and went to a Vinyasa yoga class with her a few days later. After completing our shavasana and final om’s, we stepped out of the room and smiled at each other, both aglow with zen and self-righteousness and sweat. We’d both loved it. But while I was imagining how I’d use the rest of my Classpass package, she was considering buying a membership at that yoga studio.

“But why be stuck here,” I asked, dumbfounded, “if you can go anywhere?”

As she explained her reasons, I felt like a kindergartener again. And she was my mother explaining, once again, why I couldn’t wear stripes and polka dots and flowers. “Choose one,” my mother would say.

My friend likes having one place. “I want people to recognize me, to notice when I don’t come for a long time. And anyway,” she said, returning my puzzled look, “I liked this place. Why not stay?”

Because, whined my inner-six-year-old, what about Ashtanga Yoga? What about Bikram? And Pilates and Barry’s Bootcamp and Zumba? What about all of the things we don’t even know about? Just waiting to be discovered?

But then, something changed. After using up my introductory package, and another few weeks of merry Classpassing, I opened the app one day to sign up for a spinning class. I wanted the Sunday at 6 PM class with Megan at Flywheel, which I’d done the week before, and loved. Megan pushed me to ride harder, to believe, to achieve – and all those other slogans that sound so good when your heart is working faster than your brain.

As I’d gotten off the bike I promised myself that – if I could ever walk again – I would go to her class every Sunday. But as I tried to click on the class, it wouldn’t click. The “reserve” button was marked in grey, indicating that I couldn’t join. Could the class have filled up already? I frantically refreshed, but it was still grey. In fact, all the Flywheel classes were grey.

And then it hit me – I’d reached my studio limit. Classpass sets a maximum number of times you can visit a studio each month, and I’d reached that number with Flywheel, my one true love. Not only did the studio have free bananas, water bottles and lifesavers (and some great classes) – it was on the corner of my street! Without realizing it, I’d gotten into a serious relationship with Flywheel. And I wanted monogamy.

Classpass, sensing a sudden change, was hurriedly “showing 1,107 of the 1,107 studios you can try,” but suddenly it didn’t matter that I could go anywhere. I wanted to go there.

As I grow up, I am (very slowly) coming around to the “less is more” philosophy. After twenty-seven years on the planet, I can finally admit to there being some sense in one God, one romantic relationship and one design (either flowers, or polka-dots, or stripes). Classpass was an island in which I could still have it all. But maybe I don’t want it all. Maybe I just want the 6 PM spinning with Megan.

Danya is an LL.M. (Masters in Law) student at Columbia University. She recently moved from Jerusalem, where she earned her first degree, worked at the Ministry of Justice, and dreamed about living in New York.