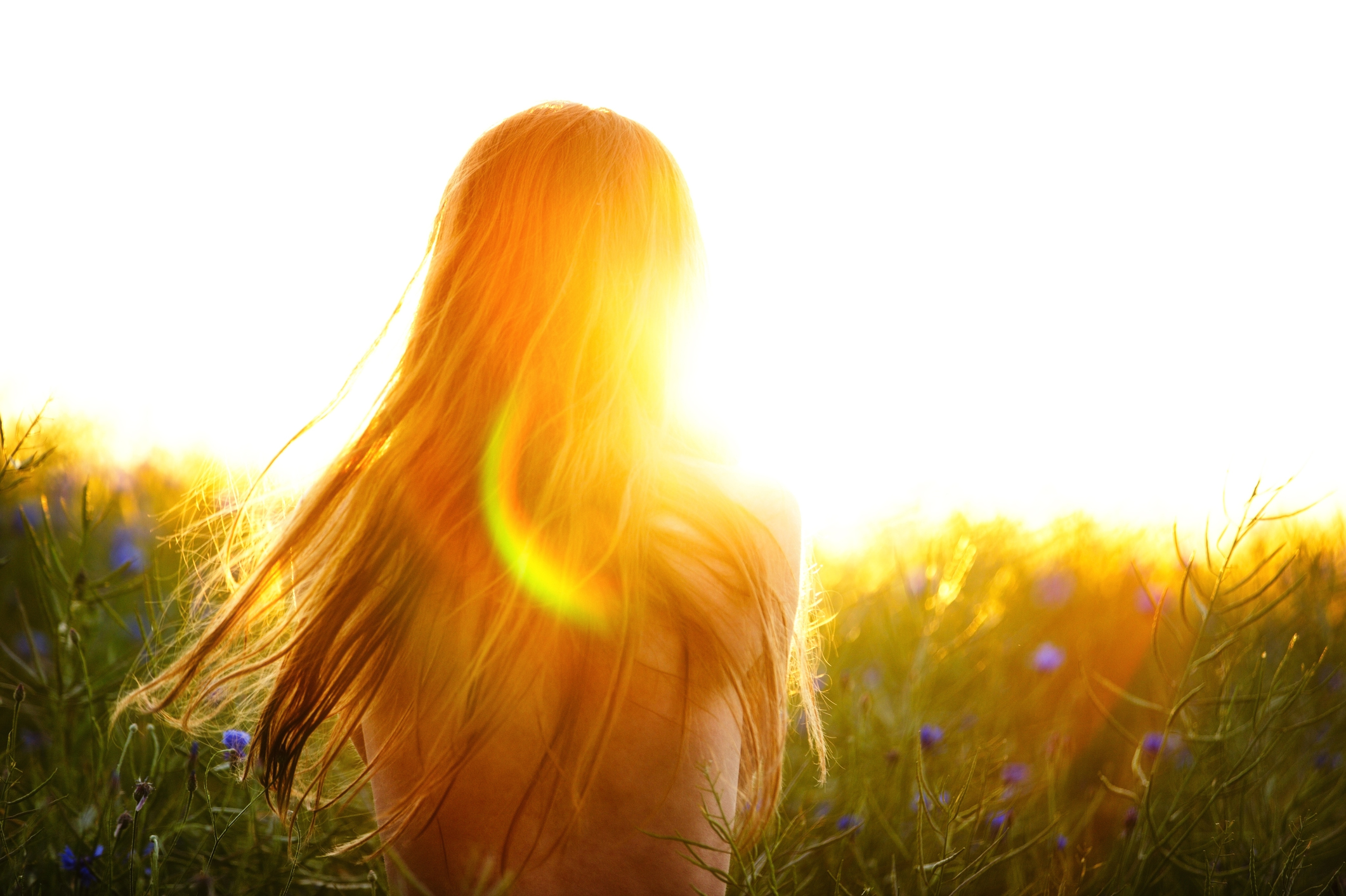 It was a hot August Sunday around noon, and everyone around me was naked. After two hours of driving, I’d finally arrived at my favorite Northern California hot spring. I spread my towel out on the deck by the pool, pulled off my shirt and dropped my pants.

My mom, who I had convinced to come with me for the first time ever, stared at me with wide eyes.

“You’re just going to take your pants off?” she asked.

At the age of 28, getting naked in front of strangers was nothing new for me. I’d first gone to Harbin Hot Springs (which burned down a year and a half ago) in my early 20s with my then-boyfriend. We both loved nature and the the idea of soaking outside in warm, mineral-rich waters. We knew Harbin was a “clothing optional” hot spring and we brought bathing suits just in case we chickened out, or found it too weird and wanted to wear them.

But when we arrived at the springs, almost everyone was walking around au natural. In fact, the few people who were wearing their bathing suits were the ones who looked weird. We quickly followed suit.

At that time in my 20’s, I felt pretty OK about my body with clothes on, but only a handful of intimate partners had seen me naked.

Like so many people, I worried that there were things “wrong” with my body — that things weren’t shaped exactly the way they were supposed to be, that they jiggled or didn’t hang right, were too big or too small. There’s this weird idea out there in popular culture that only models get to show off their naked or near-naked selves — that only perfect bodies deserve to be seen.

People are much harder on themselves when it comes to body image than they are on others, according to David Frederick, assistant professor of psychology at Chapman University in Orange.

“Women tend to systematically overestimate the amount of thinness that’s preferred by men, and men tend to systematically overestimate the degree of muscularity preferred by women. There’s a bit of misestimation of what the other sex actually wants and how important it is to them,” he told the LA Times last year. According to Frederick,  critical thoughts about one’s body can affect a person’s overall happiness and put them at risk for developing depression and dysfunctional habits.

The underlying notion with all these ideas is that we aren’t good enough as we are — right here, right now. Of course, our consumer culture is all too ready to help us chase perfection with diet products, tucks, liposuction, and the like. I don’t really have a problem with those things. But I do have a problem with the underlying assumption: that we need to do these things to reach a point where we’re worthy of love and guileless, unapologetic participation in life.

Once I got naked on that first day at Harbin, I started to realize that whatever I’d been hiding was no big deal, that my body was just fine in the right now — better than fine, in fact, because it carries me around every day.

No one at the hot spring, or any other I’ve been to since, ever said anything unkind about my body, and I never witnessed unkindness to anyone else, either, which made it easier to get over my fear. On the flip side, I saw dozens of life and body-affirming interactions between people of all abilities, shapes and sizes.

I also started to realize that bodies without clothes are incredibly similar — they’re all built for the purpose of carrying us through the world and allowing us to functionally move and engage with our environment. And yet, almost every body has something distinct about it: a certain mole, a rib that pokes out, a walk that hints at something that hurts or a leg that’s a tiny bit shorter than the other.

Stripped of clothing, the most “beautiful” bodies didn’t look so different from the less conventionally attractive ones. And even the most unusually shaped bodies started to look different — they didn’t look ugly at all. They looked interesting. I remember walking past one woman who had a very large body, the kind that I never see in magazines and rarely on television (which is a shame), sitting on a bench looking out over the verdant valley. I was struck by how totally beautiful she was. Sitting cross legged, she had an almost pyramid-like shape. She was so solid, statuesque and serene. As someone who struggled with eating disorders when I was young, seeing her body (and her willingness to be naked there, when popular culture is so critical of larger bodies) was incredibly healing for me. It helped me realize how many ideas about beauty are related to temporary cultural ideas, not the way I actually feel.

Without clothes, all hallmarks of socioeconomic status were gone, too. It didn’t matter whether someone had arrived wearing a perfectly tailored, designer dress or wrinkled chinos from the Gap sale section. Without clothing, it was like no one could put on airs. Everyone appeared as they really were.

As the day with my mom went on, I noticed that she was getting more comfortable. We treat the human body as such a hidden, private thing, it’s jarring to have those norms disappear in a place where everyone is naked without a second thought. It’s normal to wonder whether nakedness means something — will people assume you want to have sex just because you’re naked? Of course not, but we treat nakedness with so much trepidation that it can be normal to wonder what the norms are when the rules change.

My mom kept her bathing suit on and we laid in the sun, ate, bathed in the pools, and talked. It was one of my favorite days we’ve spent together. At one point, hoping to help her feel even more comfortable there, I asked her why she didn’t want to take her bathing suit off.

“I feel like everyone’s going to look at me,” she said. And at that point, I realized what I’d really learned from being naked in front of other people so many times.

It’s so normal to think about what other people are thinking of us. And who hasn’t had a dream where they arrive at work or at school and realize with horror that they forgot to get dressed that day? Even at bedtime, the most private part of the day, only 8% of Americans sleep naked, according to a 2013 survey of 3,700 people, even though experts say there are numerous health benefits to doing so.

It can feel scary, and because of that, I’m a big believer in picking your naked experiences wisely. Going to beautiful places with conduct guidelines is a good start.

But, once you choose a good venue and get over the fear, nakedness can teach you to stop being worried about what other people think and start focusing on your own experience. Nakedness is radical. It’s an honest expression of who you are in the physical form. Facing the world, and other people, in that form, with bravery and without apology, is like yelling into the universe that you are good enough, that you deserve to be here, that you deserve to take up space. Once you do that, it’s easier to jump in the water or talk to someone you don’t know without worrying that you’ll look stupid. And once you do that, it’s easier to do everything with less fear, with less thoughts that you need to change yourself to be ready for any of the amazing things you want out of life.

And, if I’m being honest, I should tell you one more thing. While you should get naked for your spiritual and personal growth, there’s also nothing quite like the feeling of sun on your nether-parts.