How Negative Thinking Can Boost Problem-Solving 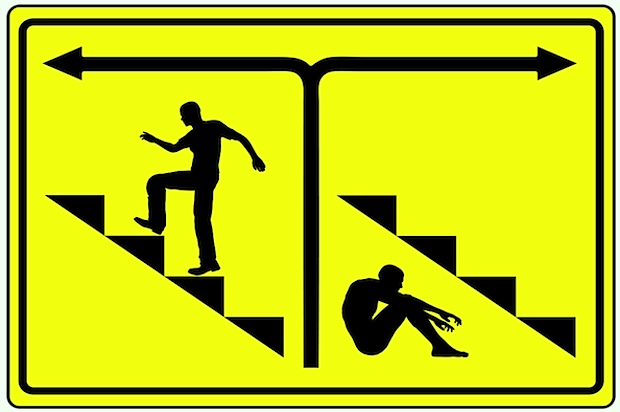 The New York Times website recently featured a very short puzzle to help you assess how good you are at solving puzzles. It’s simple: Type in three numbers, and see if those numbers obey a certain rule. Some sequences will obey the rule, and some won’t. What’s the rule?

Interestingly, if you try the game, you’ll almost always get the response, “Yes!” (Yes, your numbers follow the rule.) But when you try to guess what the rule is, you’ll probably be wrong.

Why? Because we almost always start with, “Here’s my idea, let’s see if I’m right.” But when we come at questions that way, we?tend to ignore the ways we might be wrong, falling into what’s called “the confirmation bias.” As the Times’ David Leonardt notes:

“Not only are people more likely to believe information that fits their pre-existing beliefs, but they’re also more likely to go looking for such information…We’re much more likely to think about positive situations than negative ones, about why something might go right than wrong and about questions to which the answer is yes, not no.”

It’s much more fun and easy to imagine the good and positive things that can happen. There’s a whole industry advancing “positive thinking” and “visualizing success.” However, if we focus exclusively on why we’re so right and so good and so smart, then when things do go wrong, we may not know how to respond.

So if our positive thinking leads us down the wrong path, what’s the right path?

Prize-winning journalist Oliver Burkeman suggests one in his book The Antidote: Happiness for People Who Can’t Stand Positive Thinking.?He calls it “negative visualization.” Imagine everything that could possibly go wrong. Place yourself in the worst possible situation you can imagine. Stare it in the face.

Doesn’t sound so enjoyable, does it? It’s definitely a lot less fun than imagining ourselves rolling in riches, on an easy path to success. But this approach is much more helpful, for two main reasons.

First, things can (and do) go wrong in life; if we’re prepared for the worst, then we can respond more effectively. But more importantly, just as life is rarely as wonderful as we tend to expect, it’s also rarely as terrible as we tend to fear. Burkeman explains:

“When [things] do go wrong, they’ll almost certainly go less wrong than you were fearing. Losing your job won’t condemn you to starvation and death; losing a boyfriend or girlfriend won’t condemn you to a life of unrelenting misery… Confronting the worst-case scenario saps it of much of its anxiety-inducing power.”

So go ahead, look for what might go wrong. Consider why your idea might not make sense. Talk to people who disagree with you. Try to poke holes in your argument. Intentionally search out all the problems, catastrophes, and all the ways you might hear “no.”

It probably won’t be fun. It certainly won’t be easy. But that “no” might be the most important word you hear – because it can lead you to a more lasting, a more successful, and a more realistic “yes.”