How Moshe Feldenkrais Reminds Me that Life is an Adventure 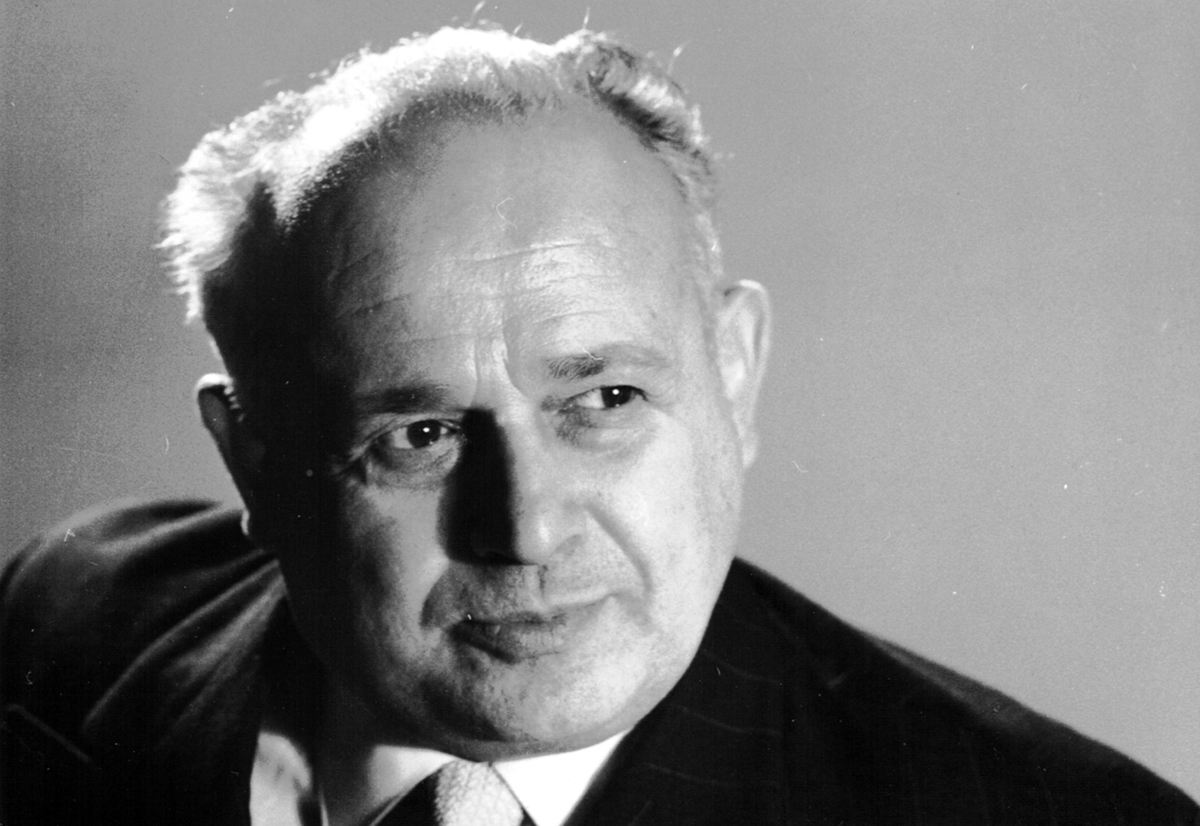 I lived 46 years before learning about one of the most fascinating and inspiring figures of the 20th century. Moshe Pinchas Feldenkrais, born in 1904 in what is now Ukraine, descended from Rabbi Pinchas of Koretz, one of the pre-eminent followers of the Ba’al Shem Tov, the founder of the Hassidic movement. After growing up in a religious household in a climate hostile to Jews, Feldenkrais left home alone at 14. Over six months, he traversed war-torn Europe on foot.

A charismatic figure even then, he attracted a growing group of youth and, later, adults who walked with him. From Italy, they boarded a ship to Palestine, arriving in 1919. The young Feldenkrais first worked as a day laborer and later as a cartographer for the British Mandate. At the time, despite frequent knife attacks by Arabs, the British prohibited Jews from carrying weapons. Feldenkrais learned Jujitsu and taught his cohorts how to protect themselves. Defying the British, he printed a book in Hebrew illustrating how to disarm an assailant and distributed it to the Haganah, the Jewish self-defense force.

An athlete, he played soccer and, in one rough game, severely injured his left leg. His knee bent at a right angle, causing some onlookers to faint and, later, flummoxing surgeons. Following a six-month convalescence, and realizing his soccer days had ended, he defied peer pressure to build a conventional and financially stable life and instead moved to Paris in 1930 to study engineering. Following his graduation from École des Travaux Publics des Paris, he worked as an assistant in the laboratory of Nobel laureate Frédéric Joliot-Curie.

When Jigaro Kano, the founder of Judo, visited Paris in 1933, Moshe Feldenkrais showed him his book and home-grown techniques. Impressed, Kano invited Feldenkrais to, not only formally study that martial art, but also help introduce it to Europe. The Nazis’ arrival to Paris in 1940 forced Feldenkrais to flee, carrying a briefcase of French atomic secrets and “heavy water” to the British. The harrowing escape re-inflamed his knee injury. (The exquisitely researched biography, Moshe Feldenkrais: A Life in Movement by Mark Reese, provides rich details).

By then, Feldenkrais had become well aware of the mind-body connection and took note of the impact of emotional duress on his knee. Because surgery then had only a 50 percent chance of success, he decided to see if he could heal himself. Through a lengthy process of careful, if not minute, self-observation and painstaking experimentation, he discovered that he could rewire his movement. He learned to move gracefully without pain, despite the lack of a meniscus and connective tissue around his knee (watch his good-natured demonstration here).

His experiments on himself over the decades yielded a large body of work known as Awareness Through Movement lessons, delivered in group classes, and in one-on-one sessions called Functional Integration. The group lessons, originally delivered in Hebrew and later translated into other languages, direct students through unusual and “pointless” positions, at times recreating the organic learning of infants. The novel lessons are conducted in an atmosphere of exploration, rather than goal-orientation or repetition for its own sake. Because each person discovers their own way to move, rather than mimicking the teacher, their brain can identify the path of greatest ease. That path is one that adults, in striving, struggling or trying to earn approval by moving or carrying ourselves a certain way, might have forgotten.

Dr. Feldenkrais made it clear to his students that his method is not medical (there are no diagnoses) but educational. And, some of the outcomes of his novel approach appear therapeutic, if not miraculous, such as when a chronic, seemingly treatment-resistant condition is resolved in a short amount of time. I didn’t know much about it until I stumbled into a Feldenkrais Awareness Through Movement class after injuring my leg on a trek. Visits to an orthopedist and physical therapists had not delivered the recovery I hoped. That first class gave me a taste of profound wellbeing that, even before my injury, had eluded me.

It wasn’t until I immersed myself in the method, including reading Dr. Feldenkrais’ books, that I began to understand that the way my entire self moved, from how I breathed to how I used my toes when walking, had contributed to my injury. The pain had been the result of what Dr. Feldenkrais called the poor “organization” of my system. That the discomfort arose in my leg didn’t mean it originated only there or should only be addressed there. In a culture that tends to focus on what hurts rather than the conditions or context in which the hurt arose, we might fixate on the aggrieved area and ignore the context, allowing the difficulties, whether physical pain or frustrating life situations, to reassert themselves.

Dr. Feldenkrais’ wisdom, if not genius, was to use the path of movement, accessible to practically everyone, as a way to cultivate life-enhancing, if not life-changing awareness. Yet what moves and inspires me as much as his unique and counter-intuitive method is the example of his life. He used everything, from his Hassidic background, his studies of engineering and martial arts, his ability to navigate in different countries and languages, and his interests in psychology and hypnosis as influences on what turned out to be his life’s work. He didn’t disavow his roots or activities he once pursued but later abandoned, in favor of what had become more alive and meaningful for him.

In a world that rewards specialization, logical career progressions, and easily understood life narratives, his example is refreshing and a relief. My life has taken me to several countries and has involved stints in careers as diverse as translating, banking, consulting and art making. Often I feel like an oddball for having deviated from a more conventional script. Dr. Feldenkrais reminds me that the bigger picture of my life may yet be revealed, and the pieces I’ve lived might arrange themselves in a way that I couldn’t have predicted. About his movement lessons, he once wrote that, “We do not say at the start what the final stage will be.”  That can be true in life, too, if we are open to it.