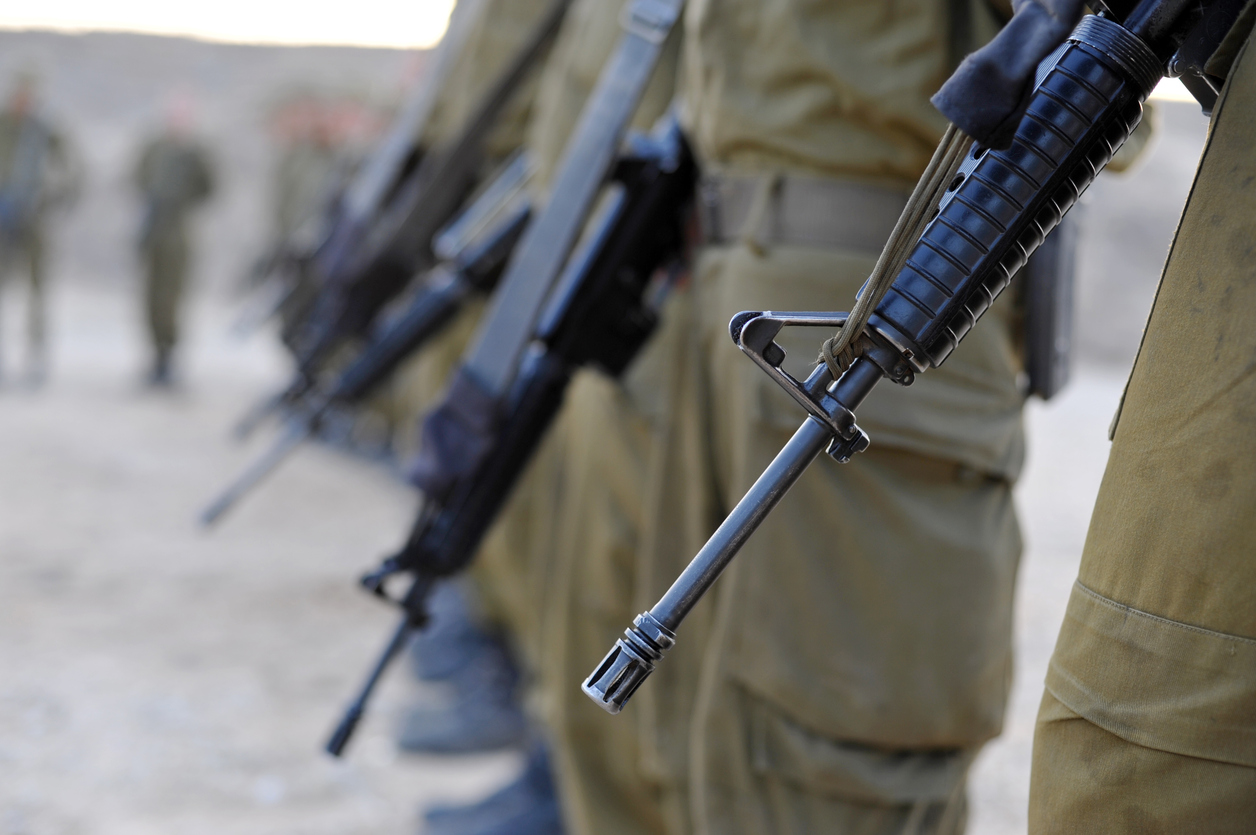 Rewind with me one year prior, and I would tell you that I was only a pawn to the system. My voice was irrelevant and my sweat and blood was collected in a pool of useless moisture. My motivation was slowly disintegrating, along with my dignity, and I started forgetting why I drafted to the IDF in the first place.

As dramatic as that sounds, that thought crossed all our minds at some point in the training. Now fast forwarding to that cold bitter winter, until the moment I got called into my commander’s office, with an offer I wouldn’t turn down. This  was the first time in months I felt that I was seen. Maybe he saw my potential as I imagined it being; completely thawed with an expiration date…

So maybe it was the bus crawling up the Mountain,surpassing the clouds, inching through white fog. Or maybe it was the newly channeled hope repainting my story. Either way, internally I knew there was reason to be anxious, because this bus was single handedly escorting me to a new reality.

To clarify, the offer was a trade. I was being switched with a soldier who completed all his basic training, medics course and his advanced training with combat engineering corp battalion 605. In the simplest form, I was the first female to be joining an all male combat engineering battalion in their medical squad. And, in an even simpler form, I was the girl who switched out one of the guys… and, for the rest of my service, I was about to be proving to all the 500 soldiers that I belonged to stay with them, and earn the place I had taken.

For the next month, my new unit was stationed on the border of Syria, and every division took a different post on the mountain. In my division, we were about 100 soldiers. The medical squad that I joined was made up of a doctor, paramedic, and 8 medics. Therefore, adding a girl to their team ( I found out afterwards) was not the positive outcome of a unanimous vote.

On my arrival day, if I hadn’t been so anxious, I might have noticed that among all the glares of new gawking faces, there was one sad, more curiouse set of eyes; watching me take his place, as he said goodbye to all his friends.

I can only attempt to describe what it was like trying to win not only the approval of my platoon, but their respect and trust. I wasn’t about to let them think that a female showed up, and their reputation and dynamic needed to be tainted. And, owning that thought in my mind, I realize is just as bad as any of them thinking it. Only that thought died soon after it was conceived in any of our minds.

These men brought out the strength inside me, and gave me every chance to be their equal. Every mission, every training session, and every opportunity, they gave me the chances to prove to them that I can keep up. So maybe winning over my platoon of the kindest, smartest, most respectful group of 10 combat medics proved naturally fluid. But I can’t say the same for the rest of the 490 soldiers, who’s questionable stares and lack of confidence was not only disturbing, but constantly set me off.

At first I had no permission to join the missions “officially” since no one knew what to do with the only girl in the field. On my first real operation, my platoon snuck me in the van under coats and bags. Only once we all arrived did the commanding officer realize I came along and he quickly realized I would need to be taken seriously. From then on, it was clear I wouldn’t be left behind. Every Pre- Op, I would walk into the room of already seated soldiers, eyes all would align to meet my gaze as I took my seat with them. Let them wonder why I’m sitting there. It will be pretty obvious soon enough.

Other than being in the medical squad, I became the freely extendable female in missions, and slowly my usefulness became visibly more pronounced. I knew what I was growing capable of, yet every day I had to silently battle with the subtle nuances that kept me treading… while everyone else was cruising by. Meaning, from the moment I stepped off the bus, I immediately took in the fact that I was outnumbered.

Agreeably, I was smaller, physically weaker, and a blond American (which is  followed by unfavorable stereotypes in that of itself). If I hadn’t enough to worry about, the language barrier automatically scrapes off a couple of IQ points for their records and somehow I was “randomly” chosen to publicly speak at events, which now I realize was definitely for everyone’s amusement.

Although each month in passing I was growing more and more confident of my place on the squad, the treading had not completely ceased. Each trip out into the shetach (field) was a full out complication for a lone girl. Sleeping arrangements in an open field had always been an afterthought until there’s a girl in the mix. Even on the blistering cold nights my platoon would spread outside on the floor and leave me to pass out in the vehicle; keeping me warm and their respectable distances. I knew I hadn’t any choice but to let them give up their warmth for me, when the rest of our Company slept like me, in their vehicles, far from the biting winds and wet downpours.

It was those little nuances that set me apart. I became unreasonably resistant in accepting help of any kind. If our platoon was moving stations I was alongside the men lifting and setting up. Most often, the moment my finger was lifted, there were those who yelled at me to stop helping, taking the heavy load out of my hands.  That fully enraged me. All my efforts would be strickenly lost, if even subconsciously I was labeled as weak. So I kept treading.

Weakness meant more to me than the pure lack of physical capabilities. In my mind the ones who complained were weak. “Did you forget where you are?” a common rhetorical question that was echoed in the training camps during my first year. When the load was heavy, when the shifts got long, when the sleep became scarce, when the food was molding before my eyes… I knew where I was. I fought to be there, and I wasn’t about to wish it away. Although at times, I can admit the lines got blurry. Israeli mentality is survival mode. No complaints = no actions will be taken. The young naive American “lone soldier”, learned quickly that complaining meant not to be taken advantage of. As I said., .treading.

In their eyes I was an anomaly. I didn’t fit the standard stereotype that men tend to automatically brand woman with. Unbeknownst to them all, it wasn’t all that natural to me. Getting ready in less then 30 seconds was in virtue of sleeping half awake in my boots tied to my feet. Being the first soldier out the door was a part of my seed planting… reassuring them that they will never need to wait for me, as the classic stereotype proclaims. My little acts had repercussions that slithered beneath my skin becoming a part of my whole, slowly shedding my sensitivities.

My ears were no longer granted the benefits of filters that men usually tend to use around woman. I encouraged the openness I was entrusted with, and it fit the role I had taken on. To me, it was their gift that I was one of them and laughably this meant everything to me.

Looking back, It’s clear I had met the goal I arrived with. Nicknamed the “Gura” of the platoon, (“cub” in hebrew) I instantly gained my new Israeli family. I had the privilege to be accepted and serve alongside them, waking up with all the meaning in my life I had been searching for.  Maybe the rest of the 490 soldiers still often wondered what my purpose was… and that in itself motivated me until the very last day of my service. Walking into that battalion alone, armed for my fight, on trial basis…  I walked out with new brothers at my side and officially created a spot for a girl medic to forever replace my legacy in the Battalion 605 Combat Engineering Corp.

Sarah Kiss (Suri) is a 22 year old originally from New York and currently residing in Hertzelia, Israel. She is recently released from her service in the IDF as a combat medic, and starting her BA in clinical psychology this fall. Her love for writing was a surprising side-effect from her main passions of reading books, drawing/creating and exploring in nature.