How ‘Birdman’ Proves Money Isn’t Everything 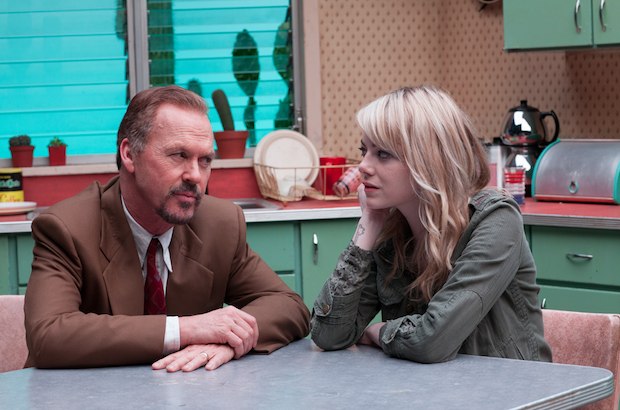 You may already know that Alejandro Gonz?lez I??rritu’s film Birdman – named Best Picture at this year’s Academy Awards – is the second-lowest-grossing movie to ever win that award. Meanwhile, as Oscars host Neil Patrick Harris mentioned, of the roughly $650 million in box office from all films nominated this year in that category, $320 million of that was earned by American Sniper.

What can we learn about our relationship with Hollywood, its attitude toward moviegoers, and even about our own lives from all this? Quite a lot, actually. I suppose the easy charge to level is that the Academy of Motions Picture Arts and Sciences doesn’t care about us, the people who actually pay hard-earned dollars to see the movies marketed to our tastes; that they are elitists for whom the preferences of the larger public don’t matter. And while there’s probably a pebble of truth in that rock often thrown in America’s ongoing culture wars, it’s an argument that doesn’t really hold water.

Consider how you can celebrate something that, beyond making a living, helps you lead the life you want.

Hollywood, the movie industry, is just that — an industry. They’re there to make money, and if they don’t, they wont be there at all. So any suggestions that they don’t pay careful attention to us, to what we want to buy, and to making money, makes no sense. But industry insiders giving top honors to films like Birdman remind us that Hollywood isn’t only there to make money.

We could all take a lesson. Rather than giving prizes to films and artists who contribute most to the industry’s bottom line, or voting for storylines that spoke to Hollywood insiders the most, the Academy seems to want to do more. Beyond just the cool factor or the profit margin, those who nominate and select the Oscar winners often do so to celebrate the message of a film.

Certainly, a quick look at the five lowest-grossing films to win Best Picture suggests that, sometimes, Hollywood celebrates not only a popular story well told, but a difficult story – one we need to hear – well told. Crash, 12 Years a Slave, The Artist, Birdman and The Hurt Locker. War, systemic racism, loneliness and identity crises in a changing world; these are not the struggles we’re always eager to spend our entertainment dollars on, but they’re topics with which we need to wrestle as a society, and often as individuals.

Whether creating movies, building cars or even publishing The Wisdom Daily, we all need to make a living. Always remember, though, that making a living is not the same as making a life.? It’s a necessary part of making life, for sure, but it’s not the whole deal, by a long shot. That is at least part of the message we can take away, when a low-grossing film like Birdman triumphs at the Academy Awards.

One final thought: If Hollywood can do this, so can we. Consider how you can honor or celebrate something that, beyond making a living, helps you lead the life you want. As the acclaim earned by Birdman inspires us to recognize: The “bottom line” is not all there is to life.