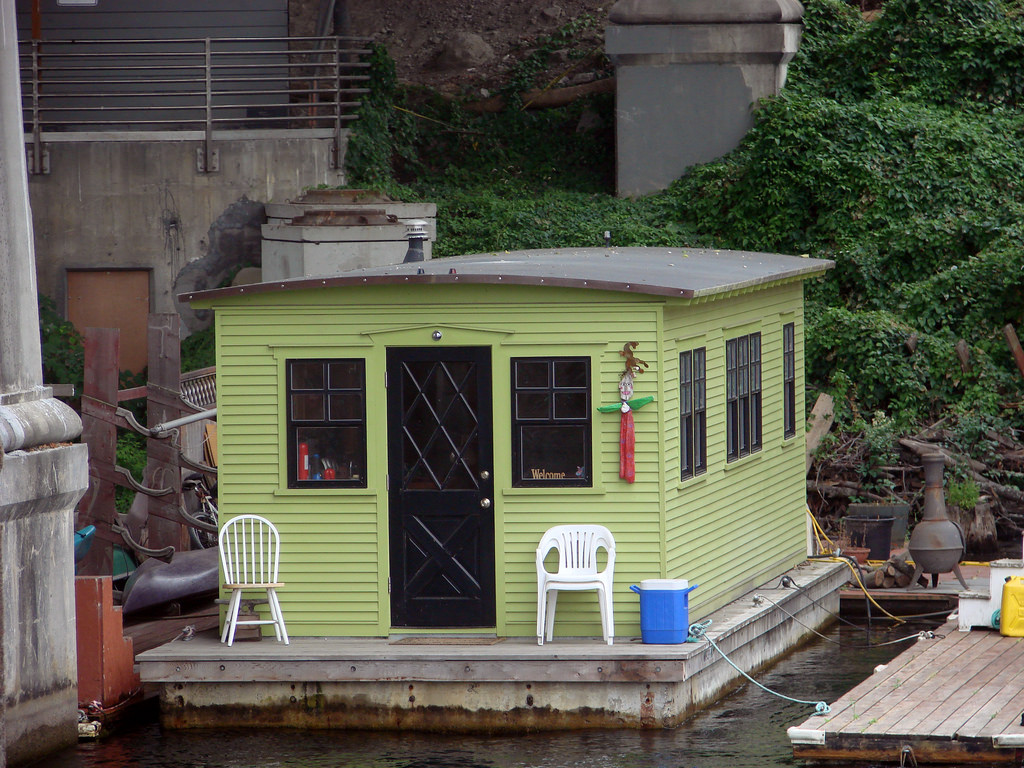 I have been told I think too much. If I am not careful, my thoughts can loop around and around in a spinning and at times entrancing blur, like an invisible version of Wonder Woman’s lasso, except in my case it obscures rather than reveals the truth. At times, after a long period of paralysis by analysis, I’ve made bold life moves, following Ray Bradbury’s advice to “Jump off the cliff and build your wings on the way down.” Yet, in hindsight, perhaps it would have better had I backed away from the edge and either waited until the winds were blowing in a more favorable direction or, per the advice of Mary Engelbreit, “Bloom where we are planted.”

In a world that encourages us to follow our dreams, it’s helpful if not crucial to discern what is truly a heartfelt, essential dream and what is a fantasy. When I first heard about tiny houses many years ago, I didn’t pay much attention. I had too much stuff to consider living in one of them. But having pared down my possessions substantially, a tiny dwelling no longer seemed as far-fetched as it once did. There is something thrilling about the idea of stripping away what we don’t really need and living with what is essential. To exist within a smaller carbon footprint would be more environmentally responsible, too. To have a manageable space to care and pay for offers the potential of more freedom. These thoughts had swirled around in my brain and filled me with possibility, but I hadn’t taken action.

When I saw that someone local was selling their tiny house and trailer, I arranged to view it. On a hot Sunday afternoon, I drove 40 minutes on the highway to see it, wondering the entire ride if I was wasting my time. The dwelling measured 210 square feet. I expected to spend no more than 5-15 minutes there. When I arrived, the seller’s father answered my newbie questions about how to hook up the house to electricity and water. Then he pointed to a set of makeshift stairs and we stepped inside.

The craftsmanship took my breath away. The kitchen, along one of the short sides of the rectangle, had been finished with top notch materials. A miniature fridge fits snugly under the granite countertop. Cherry cabinets offered plenty of space for cookware and food. Built in bookcases had enough shelves for my current, pared down library. The queen size bed slid out from under a raised desk and closet area. Three sides of the house had large banks of windows, making me feel as if I were practically outdoors. I was about to fall in love with it until I checked out the windowless bathroom, tucked behind a curtain. A teensy toilet, with no mirror or sink, squeezed next to a shower stall. I felt claustrophobic just peeking inside. The thought of brushing my teeth and washing my face in the kitchen area didn’t appeal to me. Perhaps it would be quirky to do that for a week, but not more.

Still, I didn’t want to let that detail derail my investigation. I sat down on the built in couch, which doubled as a storage bench, to get a flavor of living there. The father showed me the moveable table top, which fit into one of three socket-like holes in the hardwood floor. It could be placed in different locations: to be used for food prep and eating, as a coffee table, or a desk. The ingenuity charmed me. He unrolled the meticulously drawn plans for the dwelling so I could take a look. He told me about the company who designed it, too, in case I wanted to see their current model.

When I finally left, almost an hour had passed, a gigantic amount of time to spend in a tiny house. In those 60 minutes, I could have circumnavigated the dwelling more than 200 times, assuming I would not have become dizzy. As I drove away, my mind cogitated. Even though I have far fewer things than I once did, I still have many items that feel essential. I swim, cycle, walk in the woods and practice Aikido, all of which require specialized attire or shoes that, along with my regular clothing, wouldn’t fit in the closet. This particular house didn’t have a washer-dryer, so it would need to be stationed near a laundromat. Another question arose: where would I store my bicycle? But those were trivial issues compared to the big one: where to put the house itself?

Desire can be a powerful motivator and opener of doors. A long time ago I wanted to work in Mexico City so badly that, on a few occasions, I snuck out of my employer’s Manhattan office to head to Newark airport, fly to our southern neighbor, and go to interviews I’d arranged. To my relief, none of my colleagues or bosses ever said a word. To my shock, my crazy plan worked. Shortly after giving my life the heave-ho and starting my new position, I realized I had made a mistake. Yet, having invested so much effort, time and chutzpah into that adventure, and having signed a work contract which I couldn’t imagine breaking, I had been unable to change course. Still, I thought of that chapter of my life when I told the owner’s father that if I wanted something badly enough, I’d find a way to make it happen. Sometimes a tiny home has to appear first, then a plan will follow.

In the case of the owner, his dream to park his mini home in a hip urban area had crashed into the reality of zoning laws. Without land of one’s own or a generous friend with a large property, a tiny home might remain a fantasy for many, myself included. Nevertheless, I am glad I went to see it. I’m still thinking about it, but not for the reasons that drew me in the first place. What continues to spark delight is that so much intelligence and care went into designing and constructing the house, down to the location of every outlet if not every nail. The almost Zen-like translation of intention into reality is what grabbed me. To live with such focus and clarity might be one of my deepest longings, something I periodically glimpse through my cluttered thoughts. That is something I can cultivate anywhere, but I needed to see a tiny house to bring that message home.