How A Distressed Fawn Revealed My Daughter’s Fear Of Abandonment 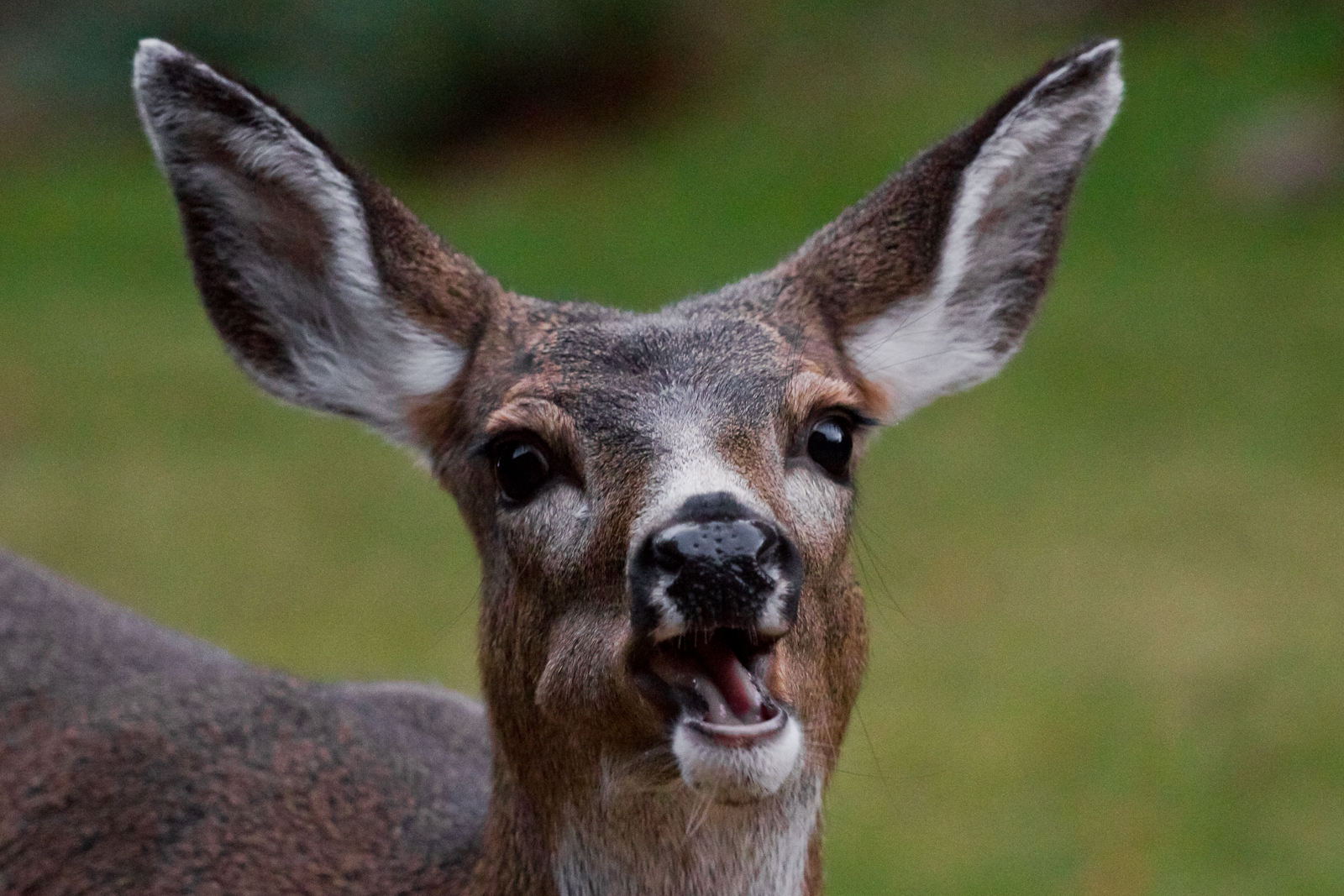 I consider myself a pretty caring human being.  And, at the same time, I try to balance practicality with my commitment to compassion. This past week, both sides of that spectrum were challenged.

A neighbor showed me that there was a fawn lying in my backyard. It is not a rare occurrence to see deer where my family and I live, but never have I seen a baby deer simply resting by itself. It seemed like it had just been born within hours.

I am as “city” as they come. I was born and raised in Manhattan and I hadn’t a clue what to do. I called Animal Control and they said I had no choice but to leave it there (not that I wanted to touch it and do anything with it for that matter).  They told me that the mother probably got scared off and that she would be back to collect her baby. They said that we humans are not to interfere with nature or the mother deer would become confused and not know how to find her offspring.

I felt badly for the poor creature, but, honestly, I had a busy and intense day at work so I was happy to forget about it and get on with my schedule. I sent a picture of the fawn to my wife with a message about instructions from Animal Control and went about my life.

I forgot about it.  That is, until I got home to the sound of a crying fawn. His cry was that of a newborn who was hungry and cold and needed attention.  My own children are old enough that I forgot how the agonizing whines of a baby could pierce the soul. And, I walked into the house to find my nine year old daughter a mess.

“Daddy, what are we going to do for the baby deer?  We can’t just leave it out there.”  I was exhausted from a day in which I was dealing with real people with real problems.  I frankly wasn’t interested in the fawn and was more annoyed than upset that folks from Animal Control were wrong in their assessment of the situation. Now, I had a misplaced fawn in my back yard and a really upset nine year-old daughter on my hands.

We called Animal Control again and this time, since it was after 8:00 PM, there was a message which instructed that, unless it was a real animal emergency (i.e.: a dangerous bear, coyote or raccoon), that we should call back in the morning. Deer are a menace, a neighbor explained, but not an emergency.

My daughter, Talia, wanted to go to all lengths. She wanted us to take the fawn in for the night, feed it, tend to its needs like a baby. “Mommy and Daddy, how can we just sit here and do nothing?” she cried.

We hugged and consoled her and told her that there was nothing we could do. We tried to explain to her how nature had taken its course in a manner which forced deer to search for food in human confines. That didn’t work.  We explained that we could not interfere with the natural process; that the only chance was to leave the fawn so the mother could come and fetch her child. That didn’t work. We explained that we couldn’t feed the fawn because it was too young to eat human food and that it would hurt more than help.  That didn’t work. There was nothing to say and so Talia’s compassionate heart cried out to the cadence of the simultaneous cries of the fawn.

She told us that we were cruel and we didn’t care about the breathing life of all beings. It was brutal.  My wife and I not only started to feel more badly about the abandoned baby deer, but also wondered what was burning so harshly in the heart of our child.  Finally, Talia whimpered, “How could a mother just get up and leave her baby alone?  Mothers don’t do that. They are supposed to take care of their children.”

And now, we understood. Not only is our daughter an exceedingly caring young being (and she is…her compassion knows no bounds), but she was also playing out, through the life of this fawn, her own deepest fears. Talia is separating at her own pace when it comes to summer camp, sleepovers and the like.  We wondered about what was going on inside and, then, through the metaphor of this poor deer, she blurted it out.

No child wants to be left behind by their parents. What would happen if she were, God forbid, to be left alone? The thought was unbearable. It is for me also. On some levels it is for any of us. And, of course, in the real world, we are all left.  We all have to separate.  We all have to grow up. We just pray it happens on our own terms, in our own time.  And, we hope that it comes with love, compassion and the palatable amounts of associated pain.

We all went to sleep that night to the sharp sounds of the crying fawn.  By morning, the crying stopped.  My wife went down as soon as there was light. The crying stopped, but animal control was wrong.  The mother hadn’t returned and the baby deer died.

Talia was not far behind my wife in checking on the deer. We thought she would be hysterical.  But she had already had her catharsis. She was resigned and she even seemed to have a sense of perspective on the difference between her life and that of the fawn.

The day was replete with learning. Talia reminded us that the every breath counts….and we should never ignore God’s creatures, even if we can’t do anything. The intention of compassion itself changes our own sense of character. And, we saw her more closely and deeply…and hopefully helps us help her with the natural separations which inevitably come our way in this journey of life.