Wisdom in the Face of Terror – For Naftali, Gilad and Eyal 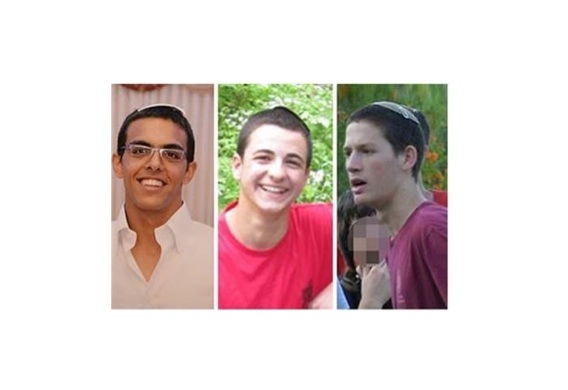 What daily wisdom is there in the face of the brutal murder of three Israeli teenagers – the absolute nightmare of every parent? The ever- deepening, never ending disease of terrorism, hatred, and evil and the stark fear of what will happen next makes me want to scream out. I am a proud member of the Jewish tribe. When forced to pick a side, Jewish is my side. And so as I watch the funeral of Naftali Frankel, who was 16, Gilad Shaar, who was 16, and Eyal Yifrach who was 19, I am not thinking. I am broken-hearted and angry. I am sad, afraid, and dispirited by the nightmare that is consuming the Jewish people and the Middle East.

And everyone in some way is right.

And the children die. There must be another way but we can’t find it yet. Perhaps the light of the memorial candles will illuminate a path.

Tonight I will hold my children even tighter.
Tomorrow I will wake wounded and afraid but ready to continue to turn curses into blessings.
Tomorrow I will pray to the God I long ago stopped waiting for that we have the courage and prudence, wisdom and compassion to prevent more bloodshed in the weeks to come and to heal the broken places we live in.

May the families of Gilad, Eyal, and Naftali be comforted.
May their memories become blessings.