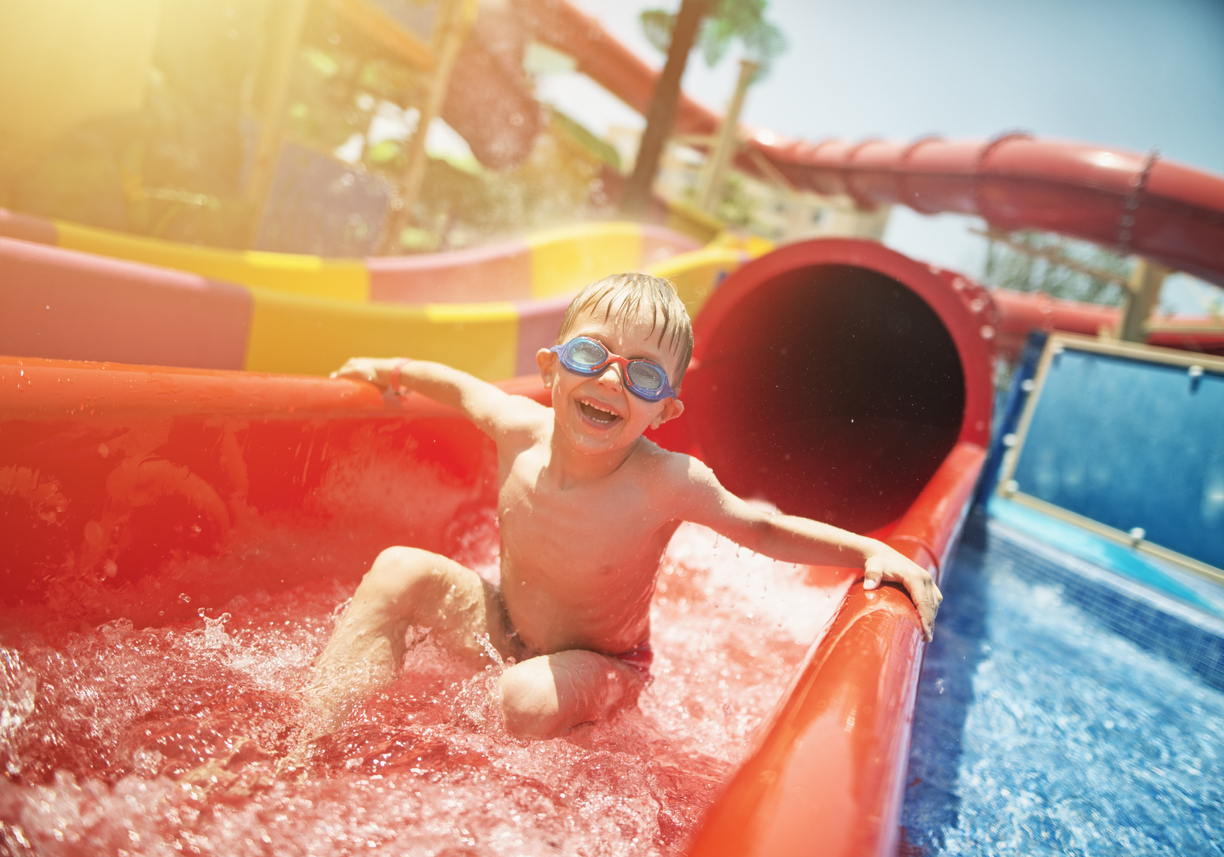 Over the last few weeks, we’ve been having a repeated conversation with our almost seven-year-old surrounding the waterslide at our town pool. He’s naturally a bit anxious and nervous (which he certainly gets from his parents), and while my wife and daughter love going down the slide, he has yet to do it. He wants to, in theory, but every time he gets to the top, he walks back down.

Fear can be a powerful motivator, but most of the time, it’s a paralyzing force. It’s not just an emotion, it’s also a physical sensation that tells us, “Danger! Danger! Don’t move!” And when that fear takes over, it can be hard to overcome it. And as we discovered with our son, coaxing, cajoling, encouraging, bartering, and bribing are unlikely to work.

But perhaps, reminding ourselves of the times we didn’t give into our fear can give us the courage to move forward in new situations. In this week’s Torah portion, Devarim, Moses recounts the Israelites’ journeys and battles. In Deuteronomy 3:2-3, Moses looks back on their wars in the wilderness – and their trepidation facing Og, king of Bashan – and reminds the Israelites:

But God said to me: Do not fear him, for I am delivering him and all his troops and his country into your power, and you will do to him as you did to Sihon, king of the Amorites, who lived in Heshbon. So our God also delivered into our power King Og of Bashan, with all his troops, and we dealt them such a blow that no survivor was left.

While the Israelites had always been a bit skittish before any of the battles as described in Numbers, Og was a qualitatively different king – while the Israelites saw foes like the normal-sized inhabitants of Canaan as “giants” before entering the land, Og’s size even merits a verse in this week’s portion: “His bedstead, an iron bedstead, is now in Rabbah of the Ammonites; it is nine cubits long and four cubits wide [about 13 by 5 feet], by the standard cubit!” (3:11) And Og was more than just scary-looking; later traditions describe Og as having survived from the time of Noah’s flood because of his height, and so the Israelites might actually needed to have been afraid of Og.

But, the Israelites had defeated other nations and had ultimately defeated Og. Moses’s recounting builds up their confidence to enter into the land of Canaan. Confidence comes from competence, and if something seems too big to face right now, we can draw on our own experience to develop the needed courage. That’s a maxim of community organizing – large-scale issues like climate change, reproductive justice, racism, public health, inflation, and gun policy seem totally insurmountable, and when they’re framed that way, they are. But if we can find an achievable goal and win, it will give us the energy to keep fighting. The small victories over the last few days – on climate, assault weapons, reproductive justice – while not panaceas, allow us to renew our strength to continue the work and celebrate what has already been accomplished.

We don’t know if our son will ultimately go down the slide, but the one thing that seems to motivate him is to remind him of all the other times he was scared about something and did it. Self-talk may help, but actions will have a much bigger impact. And as Moses reminds us in his book-long eulogy, best of all is a recounting of our wins, a recording of our bravery, and a reminder of all we have already achieved – so that we can continue to accomplish more.