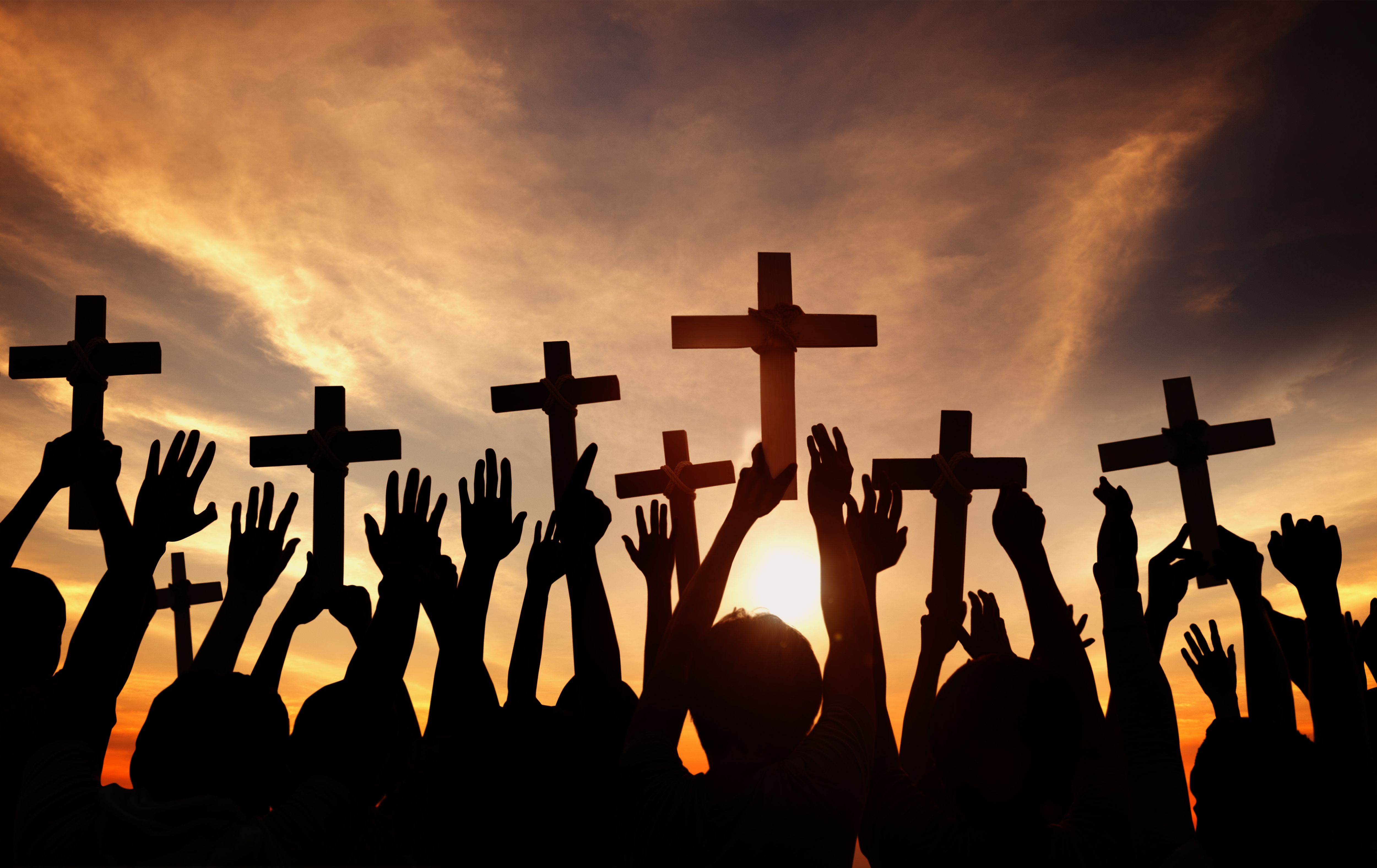 Many white Evangelical Christians feel as though they face more discrimination than Muslims in America, according to just released survey data from the Public Religion Research Institute.  If you are like most people in our nation, you are likely to read those words and have one of two immediate and diametrically opposed responses.  Response 1 being, “WTF?!?!?!”  Response 2 being, “Damn straight!”

Or, you could be like me and say, “I get it.  I don’t like it. It’s not a healthy understanding of reality, but I get it.”  That response is likely to annoy both of the groups which compose the majority of Americans, as it temporizes the visceral “WTF” feeling, and also invites some self-reflection and caution from the “damn straight” crowd.  But here’s the thing…that may be the only way (short of one group obliterating the other) to move past those two polarizing responses that makes everybody miserable and angry, and, in some cases, even puts them in genuine physical danger.  This way of responding moves us past the dangerously self-serving, and ultimately self-defeating approach of response 2, and past the narrow-mindedness of the self-defined open-minded folk who have response 1.

Of course, the difficulty of moving past these two immediate responses also speaks to the fact that that is exactly what plenty of folks in each of those camps long for – the disappearance of those on the other side, or at least of the views they hold generally about life, God, America, etc.  How many “WTF’ers,” for example, believe that our culture really would be better off without “pesky Evangelical Christians and their backward views regarding abortion, gayness, and public display of religious piety,” not to mention their view that almost 100 million of them face more discrimination than do America’s roughly 5-6 million Muslims? Conversely, how many Evangelical Christians believe that “pro-choice, gay-loving, big government, intruding progressives” are among the many things which stand between our current situation as a nation, and being the “great and Christian nation we were meant to be?”

I want to get past wishing that the other be more like me, if for no other reason than that is precisely the psychology and theology which many people who are not Evangelical Christians find most challenging.  And it doesn’t matter that the “other” in this case, believes something which seems to be demonstrably false.  After all, if we are not into wishing people away, and their views are unlikely to change in the near term, (which is surely the case here), then simply screaming “WTF!” at those holding the views which evoke that response is not likely to improve things.  It’s like telling a frantic person to “calm down.”  Even if you are correct that calm would be a better approach (as it typically is), does telling them so ever work?

It is precisely because I am troubled by the fact that so many White Evangelicals believe that they face more discrimination than Muslims, and that I refuse to meet one form of triumphalism with another, that I start by trying to see the partial truth animating that Evangelical narrative before I even think of challenging it.  After all, if you want to be heard, it often helps to start by listening.

So here is what I hear in this survey data, not to mention from many white, Evangelical Christian friends and colleagues:  They feel discriminated against every time they, as citizens, are forced into a system which funds abortions, which bars them from refusing services that contribute to celebrating gay marriage, which gives equal time to the celebration of religious minority culture as it does to the Christian majority culture, which outright bans overt celebration of faith in public institutions, etc.  They recall a time when one could rely on the fact that those things didn’t happen, when their truth was largely presumed to be THE truth, and when their way was the presumed way, if not the only way.

That is changing. That change can be painful – especially when it coincides with stepped-up concern and protection for minorities, often at the expense of those presumptions. When changes like that happen, they are seen as discrimination.  And, by some definition, discrimination is exactly what it is.  But that is not all that it is, and that doesn’t mean that there is no counter-argument to the claim that white Evangelicals face more discrimination than Muslims do.  It just means that it requires a different kind of argument than saying that the Evangelical argument is “demonstrably false,” as many are doing.

After all, the only thing as unsuccessful as telling people to calm down, is trying to overcome someone else’s narratives with your facts.  That’s not because your facts are not really real, or that they have as many facts on their side as you do on yours.  It’s because people’s narratives are always bigger than “mere” facts.  It’s because our sense of who we are – whoever that may be – is always bigger than any logical argument, no matter how logical that argument is.  If you doubt me, read Hillbilly Elegy or Strangers in Their Own Land, for starters.  If you think that any set of facts will address the emotional and experiential realities of the people who populate those pages, I have a bridge to sell you.

None of this means that I am untroubled by the PRRI data.  It is precisely because I am troubled by these statistics, that I think we should get out of trying to prove what is false and what is true, and instead, start by asking if questions of “more” and “less” are even the right ways to think about discrimination.  We might instead consider asking people if they think there is a difference between what they experience as “legalized discrimination” against Christian culture and vigilante violence against actual people.  While both are clearly experienced by some as equally discriminatory, could such people distinguish between discrimination resulting from honest American democratic process (however much they don’t like the results) and the immediate problems presented by vigilantism?

We might ask people to reflect on how dangerous or deadly various forms of discrimination are, rather than who gets discriminated against more.  For example, there may well be more cases of courts requiring that crosses be removed from public institutions than there are mosques being burned or Muslims being attacked simply because they are identified as Muslims, but most Evangelicals I know would not hesitate to identify the latter as more immediately dangerous than the former.

But, it’s not only about asking different questions, and seeing the responses through eyes which are both factually demanding and understanding of others’ experience of those facts.  It’s also about checking in with what works for any group to get more of what it wants.  And in this case, the “we are bigger victims” mentality seems not to be working so well for Evangelical Christians.

According to recent data from Pew Research Center, Evangelical Christians are the only religious group not feeling increased love from Americans over the past 3 years.  “Even” Muslims, the least loved group in the entire index, went up by 7 points on Pew’s public perception thermometer.

Some will jump to say that this proves the contention regarding discrimination against Evangelical Christians, and that is probably true, to some extent.  It can’t however, be the whole story.  If it were, then how to explain that people are quite comfortable admitting their lack of good feeling toward Muslims and atheists, who were the second from the bottom, but also see them in a more favorable light than they did 3 years ago?  They must be doing something to move up, even though they remain not so well-liked.  In other words, according to this study, even the un-liked can move up.  So, it stands to reason that Evangelicals, who are much more liked than those at the bottom, could also move up, if they were functioning differently.

Perhaps the time has come for White Evangelical Christians to play the victim card a bit less fiercely, if for no other reason than it hinders them, let alone the rest of us.  This really is a case of a rising tide of positive feeling toward people of all faiths, and if yours is the only boat not getting a lift (even when compared to those who are less liked than you are), it may be time for some introspection.

Of course, the victim card is so damn seductive. Everyone seems to want to play it: majority groups and minority groups, those on the left and those on the right, those with real systemic power and those with little of it.  And perhaps that is the final take away here – the seductions of playing the victim, and how it so often fails to secure what all of us most want, regardless of who we may be or what group with which we identify: To be better heard, more understood, and more deeply appreciated than we think we are.