The End of the Gratitude Discount 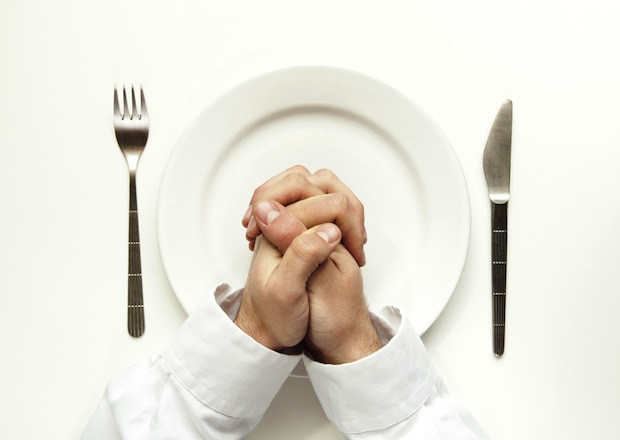 Do you pray before meals? Do you take a moment before eating to be grateful for the food you are about to enjoy? A restaurant in North Carolina is in trouble for offering customers a 15% discount if they pray before their meal. Obviously, this is perfect culture war material with some people praising the promotion of prayer and others criticizing the deal. Here is the story.

For the past four years, Mary’s Gourmet Restaurant in Winston-Salem, North Carolina, had been surprising customers with a 15% discount if they prayed or meditated before meals. The owner of the restaurant, Mary Haglund, was very clear, “it could be anything…this could be prayer or just a moment to breathe and push the busyness of the world away. Who you talk to or meditate on, etc. is your business. I never asked anyone who they were praying to – that would be silly – I just recognized it as an act of gratitude.” For four years this wasn’t a problem until July 30th, when a Christian radio station’s report on this went viral.

It turns out that the “gratitude discount” might be a violation of the Civil Rights Act, which was passed in the 1960s and requires businesses to offer goods and services without regard to religion, race, and national origin. Haglund received a letter from the Freedom from Religion Foundation requesting – implicitly threatening a lawsuit – the restaurant withdraw the discount.? “Applauding the civil rights bill and having no malintent”, (and having no means to fight a lawsuit) Haglund discontinued the discount.? Here is her letter and her fascinating post on her Facebook page.

Is this just another way to divide people? Is this atheists out of control? Why can a business incentivize additional purchases with a discounts of buy one get a second for half price but can’t incentivize an expression of gratitude? Has the fear of religious coercion become so overwhelming that the very fact religion takes gratitude seriously means a discount for offering any expression of gratitude is an exclusionary practice? Whom exactly does this discriminate against given that no one is asked to whom they are offering gratitude? Who is the preferred group here from which people are being excluded – human beings offering gratitude? Is this really the intent of the Civil Rights Act?

The products, services, delivery systems and venues of traditional religion have broken down and inevitably new ways of accomplishing the best of what religion was designed to do will emerge. One of those best things was “breaking bread” as an occasion for people to meet strangers and to express gratitude. Perhaps restaurants could become a new secular-spiritual space.

And anyway, aren’t people just getting exhausted at being offended at everything? What do you think?