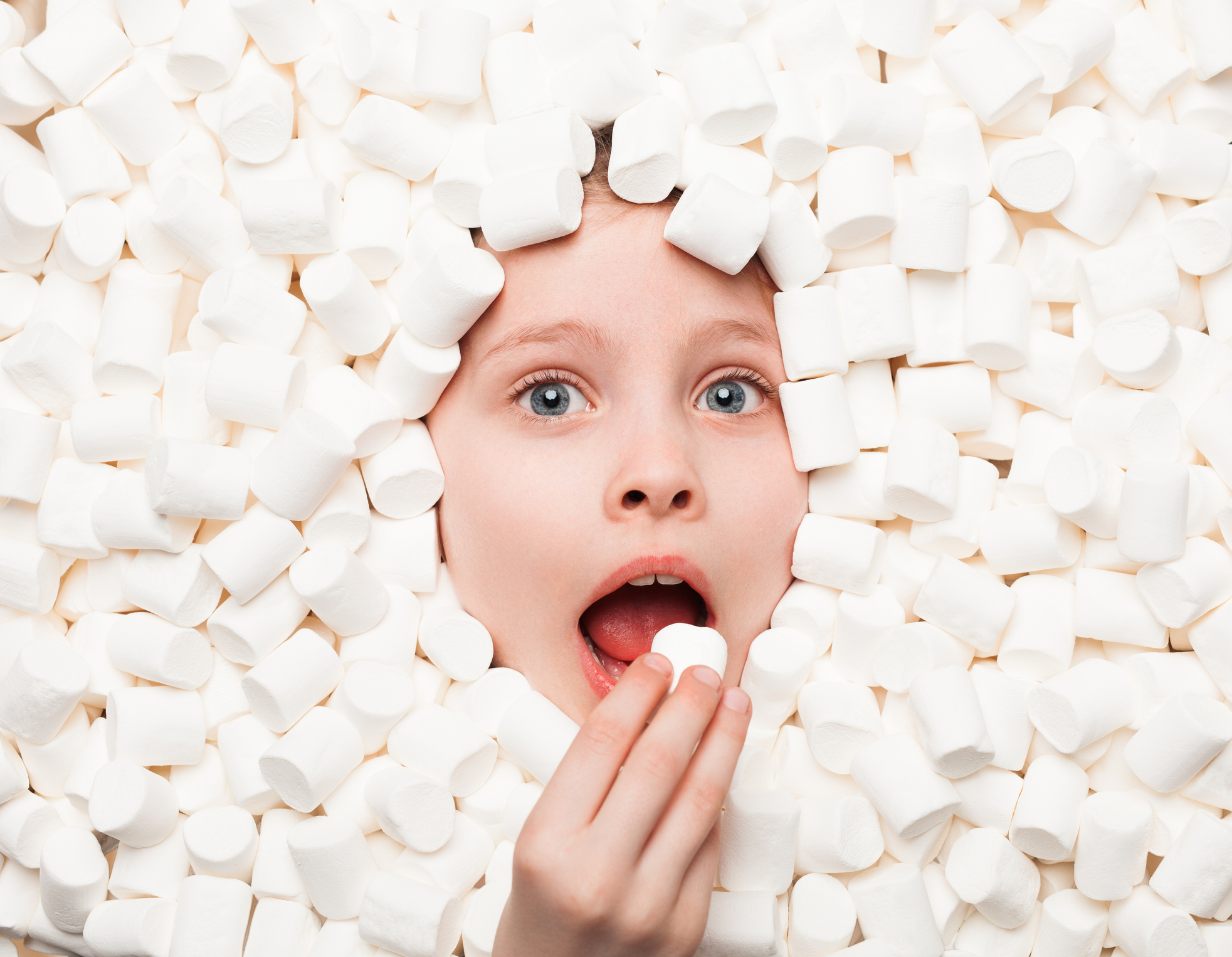 In the 1970s, a classic experiment was done with marshmallows and small children. Kids were presented with one marshmallow in front of them but were told that if they could resist temptation and wait while the experimenter left the room for fifteen minutes, the child would receive two marshmallows upon the experimenter’s return. As the students were tracked afterward, the researchers discovered that, in general, the less-impulsive kids had more success in school (in terms of test scores), stronger relationships, and a lower rate of substance abuse. For decades, this experiment was used to valorize willpower and self-control as the keys to success.

But when experimenters re-ran the studies in 2018, they found confounding variables and problems with the experimental design. Like anything in science, it’s hard to tease out causation and correlation, and it’s particularly problematic in psychology since, for decades, most participants came from more college-affiliated, affluent populations. And that was indeed an issue in the original study – most of the kids had been from a preschool associated with Stanford University. So when new studies tested a larger, more representative group of children and controlled for parental income, they discovered that differing socio-economic statuses had a huge impact on whether kids could wait for that second marshmallow or not. It wasn’t that the children from lower socioeconomic statuses couldn’t control their impulses; rather, it seemed like their decision-making calculus would be different.

As Jessica McCrory Calarco explained in an article for the Atlantic:

The failed replication of the marshmallow test does more than just debunk the earlier notion; it suggests other possible explanations for why poorer kids would be less motivated to wait for that second marshmallow. For them, daily life holds fewer guarantees: There might be food in the pantry today, but there might not be tomorrow, so there is a risk that comes with waiting. And even if their parents promise to buy more of a certain food, sometimes that promise gets broken out of financial necessity.

Sometimes, we need to jump on the opportunity in front of us, especially when we’re not sure if it will come up again. For those who are lucky enough always to know when our next meal is or to know that we can pay rent, it usually makes sense to forgo immediate gratification to wait for a bigger reward. But for those who are living paycheck-to-paycheck, it’s much more advantageous to act in the moment.

These newer findings about self-control can also help us empathize with Esau in this week’s Torah portion, Toledot. After introducing us to the twins of Esau and Jacob, the Torah shares the story of Esau coming back from hunting empty-handed, beseeching his brother for some “red stuff to gulp down.” Jacob asks Esau to sell him his birthright in return, and without a second thought, Esau agrees. (25:30-32)

Esau’s decision is generally looked at negatively in Jewish tradition, especially in terms of impulse control. He “gulps down” the stew and, in return, spurns his inheritance and, by extension, his opportunity to continue the line of Abraham and Isaac. But those whose daily lives hold fewer guarantees can better understand his decision. After all, when it comes to hunting, you never know if you will succeed, and so when Esau is presented with ready-made sustenance, especially after a failed hunt, he jumps on it. So while on the surface, he seems to have failed the marshmallow experiment, a deeper understanding of the context allows us to at least understand why he made the choices he made.

Jewish tradition does tend to value long-term thinking and the ability to control one’s urges, and that could be a reason why Esau is viewed so poorly. As Pirke Avot says, “Who is strong? The person who controls their impulses.” But that can be hard to do, and we are always faced with some sort of enticement and trade-off between the present and the future. So if we do want to be able to pause and consider our actions before acting rashly, and yet are so influenced by external forces, are there tools we do have that we can use?

Interestingly, one strategy is one we’ll be using this week, namely, gratitude. According to Professor David DeSteno of Northeastern University, gratitude is a key emotion with a multitude of benefits. It helps us be more honest, more compassionate, and more generous. And, perhaps not surprisingly:

Self-control is also something gratitude enhances. Research by my colleagues and me found that people feeling grateful made less impulsive financial choices — they were more willing to be patient for future investment gains than to take smaller amounts of money in hand.

That’s one reason why DeSteno argues that gratitude needs to be a daily practice, not a yearly tradition. Our natural inclination is often to act like Esau – to grab what’s right in front of us. And sometimes that’s needed, especially for those who are struggling financially. But if we are lucky enough to have enough material resources, we need to think about the future, and we need to think about others’ needs.

So on this Thanksgiving, don’t just think about the gratitude we may have – though certainly, that’s part of the day! Instead, realize that gratitude can make us both more generous towards others and better for our own future selves. As we sit around and celebrate the blessings we have, we can think about how we can create a society where no one will need to worry about their next meal, where patience is rewarded because people can trust that the future will be better than the present, and where an abundance of blessing can flower.