Descended From Trauma, Enriched By Hope 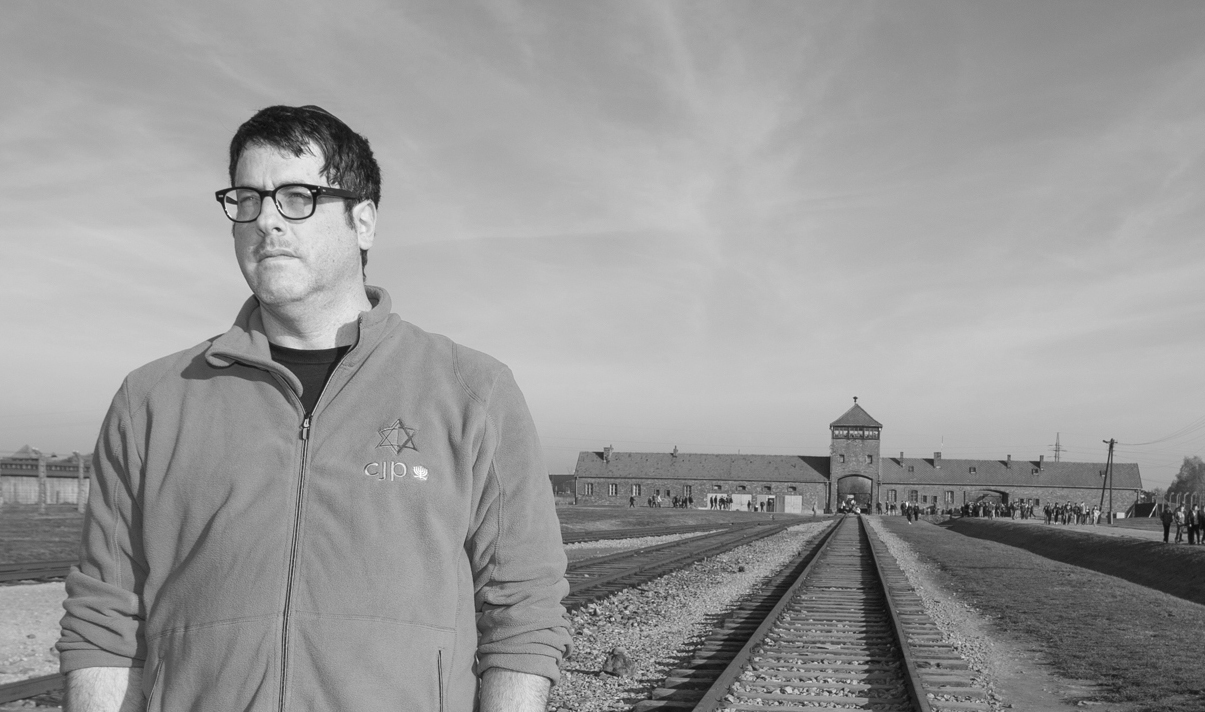 The first person to toast my sister and her fiancé at their rehearsal dinner was a descendent of Mrs. Hamilton. She recalled her grandmother, a “righteous gentile” who had sponsored our grandfather and his family to immigrate to America in 1938. She described how delighted our grandparents would be to see our families gathered together for this celebratory moment. I wasn’t the only one moved to tears by the way she brought their memories into this rite of passage in our family.

During weddings, the worlds of the living and the dead momentarily merge. We invoke ancestors no longer with us in this life-affirming moment by name, forge wedding bands from the rings our grandparents and great-grandparents wore, and sanctify our unions with the same blessings each generation has recited under the wedding canopy. Perhaps it’s no coincidence that I had a strong urge to revisit the annals of my family’s history.

A month before the wedding, I pulled out a copy of my grandfather’s memoir, All Our Hope Are You, knowing, somehow this reading would become an essential component of my preparation to officiate my sister and her fiancé’s ceremony. I wanted to become conscious of the memories that both subtly shaped the context within which our families came together, and are nestled deep in our cells.

I was a teenager when I first heard my grandfather’s story on a family retreat on which he read his book to us. I was overwhelmed at the time, didn’t know what questions to ask. How horrible, I thought, he was in Buchenwald, his family left Germany after him and experienced more profound trauma than he, arrived in America with broken spirits. This trauma, the field of epigenetics suggested years later, is passed down at a cellular level to the children and grandchildren of survivors.

As I reread this story last month, I realized I’ve inherited more than trauma. I began to see my grandfather’s experience also has encoded subtle narratives of strength into my genes. I see more clearly now my grandfather’s trust of a complete stranger based on one meeting with her. The determination with which that American woman, despite barely knowing my grandfather or his family, navigated the bureaucratic doors rapidly closing to Jewish immigrants in order to make sure he and his family received affidavits of support for their visas for the United States.

And how over the course of the painstaking few months it took to get the paperwork processed, and approved by the appropriate governmental channels, my great-grandfather’s business was liquidated, windows were shattered, and my grandfather and his father were arrested and taken to Buchenwald – yet, my grandfather never lost hope. Perhaps his faith in the goodhearted generosity of a total stranger and her faith in him are part of what kept him alive.

Years later, after he arrived in America, my grandfather entered military service interrogating German POWs, and somehow did so without seeking revenge. In rereading the accolades he received from American and German government officials, people wrote about how he embodied compassion in his commitment to healing the relationship between these countries. Though he never forgot, some part of him was apparently able to forgive the individuals who carried out unimaginable atrocities, robbed him of every element of the life he was familiar with, and murdered dozens of members of his family.

As I listened to Mrs. Hamilton’s granddaughter speaking about our shared histories the other week, and the importance of remaining connected, I remembered that my cells carry the pain of my past, but also the balm that eases that pain: the raw stuff of hope, trust, forgiveness and love. I heard again the story of two strangers who took profound risks for one another because they wanted to trust each other – of two families who made a commitment together to realize a hopeful future in the midst of unspeakable loss.

The next day, I performed my sister and her fiancé’s wedding, reciting the same blessings with which my parents and grandparents had sanctified their marriages. With tears in my eyes, I invoked the spirits of these ancestors who nurtured them and showed them what it is to love. Though it was only a minute of the ceremony, I carried to that moment our grandfather’s story as it lives in my sister and me, and will perhaps live in our descendants.

As I said my grandfather’s name, I was aware of the ways his traumatic experiences in Nazi Germany rippled out across the generations. And, for the first time, I sensed how his trust and compassion through it all offered us a way of redeeming that piece of history. At the end of the ceremony, I explained how the broken glass at the end of the ceremony represents the brokenness of our world in the very midst of our joy, holding the realization that it is within this very brokenness that we find seeds of resilience, trust, love, and hope just waiting to burst through the cracks in our shattered world.