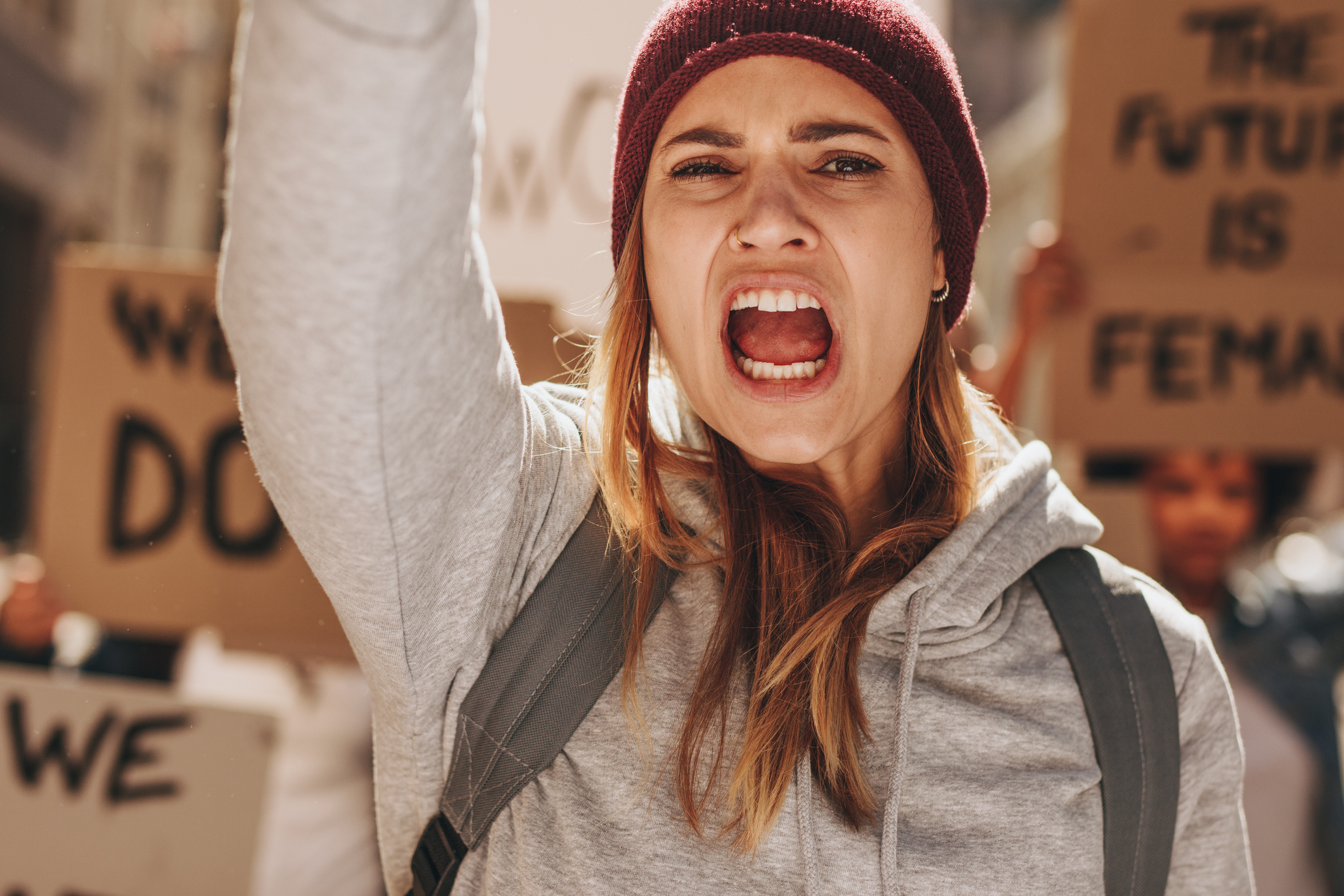 Sometimes, all you can do is scream.

It feels right now like protest is so futile; there are just too many horrible things happening.  It seems like all my democratic rights are being violated.  It has been proven that we don’t have access to free and unfettered elections;  our president can commit treason and collude with an enemy state with impunity.

Currently, in our democracy, the 1.7 million residents of Idaho have the same number of Senators as the 39.5 million residents of California, according to statistics quoted by John Cassidy in a recent New Yorker piece.  Cassidy also writes, “According to the Federal Election Commission, between 2012 and 2016, Democratic candidates for the Senate received some hundred and twenty-two million votes; Republican candidates received about a hundred and five million.”

It feels as though democracy is being stolen by a small group. Of course, the lopsidedness of our electoral system is only one of the many things happening in the US that I want to scream about – parents being forcibly separated from small children, pollutants engorging the environment at the behest of the Environmental Protection Agency, a first lady who wears a jacket letting the world know she does not care…. it’s a long list.

So I think about other situations where someone attempted to use language to make a legal argument and failed because her opponent refused to heed her words.  I am thinking of a case when a violated woman realized that her words had no effect.  So she started to scream.

Our plot begins when Tamar, the beautiful daughter of King David has become the object of her half- brother Amnon’s obsession. As the crown prince at the time, also a son of King David, Amnon was entitled.  Though the Bible has no word for obsession, it conveys the emotion precisely by saying that “he was so distressed he fell sick for the sake of Tamar his sister”(II Samuel 13: 2) and it was “too marvelous in the eyes of Amnon to do with her anything.”(II Sam 13:2)

Amnon’s friend (perhaps as part of a plot to eliminate Amnon as crown prince and secure the kingship for the eventual heir) Solomon advises Amnon that, if he pretends to be sick, he can ask that his sister be sent to him to nourish him.  The contrivance works; the sister is sent.  She takes flour, kneads it, prepares “heartcakes”(II Sam 13:8) and pours them out to a pan.  Amnon refuses to eat and sends everyone out.  He requests that Tamar come to his hotel room (the Bible says chamber, but the drift is clear).  He grabs her forcibly and says,”Come lie with me, my sister.”

Now Tamar speaks up, no longer just the obedient princess doing what she is told.  Tamar makes an eloquent legal argument for why he should not rape her, but instead should ask their father for permission to be with her legitimately.  She speaks concisely and expressively, marshalling a legal case for why it would be better for both of them if he does this in an aboveboard way, rather than raping her.  She tells him raping her will make him “like the lowest men of Israel”(the word “naval” which I translate “low” is not just low, but base or foolish, a clear insult)(II Sam 13:13) and that forcing her would be “shameful.”

Amnon does not care and does not listen, “he was stronger than her and he raped her and he lay violently with her.”(II Sam 13: 14)

Even after this traumatic experience, Tamar remains in possession of her voice.

She asks him not to send her away, telling him it would be a greater wrong to send her away than he has already done by raping her.  For a second time, Amnon refuses to listen to her. (II Sam 13: 16)

And now, without any recourse, he sends her away, calling her “this” without even the pronoun “woman,” displaying his complete disrespect for the woman he had been obsessed with.  Tamar  is sent away from Amnon and his servant locks the door behind her (II Sam 13:18).

Tamar does not speak after this treatment.

She puts ashes on her head and tears her many-colored garment (the same words are used for this robe as for the one Joseph wore in Genesis 37) and puts her hand on her head.  She walks along, screaming.

This passage is one of the few times the verb “she screamed” appears in the Bible.  Other women who get to scream are the witch of En-Dor (I Sam 28:12) and a metaphorical woman crying out with the pangs of childbirth (Isaiah 26:17).

Tamar, like her father, King David, knows when and how to act.  When she thinks words might have an effect, she uses them, both before and after her rapist assaults her. She is not dispossessed of her voice and her eloquence by the trauma of the brutal act her brother has perpetrated, as is the case with many victims of abuse who are silenced by their experiences.

Her scream is carefully staged, her grief in how her half-brother has treated her is showcased to have a maximum effect.  Tamar’s  screams are as carefully constructed as her words once were.  After Tamar realizes that words won’t effect change, she dramatically costumes herself into a living enactment of a woman wronged.  She tears her garments as a mourner does, places ashes on her head and screams.  Any onlooker will realize that something is not right in the palace when a princess looks and sounds this way.

But, Tamar does not get justice right away.

Two years later, her brother Absalom tells his servants to murder Amnon when he is drunk (II Sam 13:28-29)… which they do. Absalom had three sons and a daughter, Tamar, who was of course beautiful herself. (II Sam 14:27)

The image that remains with me from this story of Tamar is her walking through the palace screaming. I think the time has come in this country to look and sound like Tamar.  Reasonable protest in the eighteen months since the 45th president has taken office has not had enough of an effect. I hope more of us will begin to scream as well.  Our democracy has been, and is being violated.  Now is the time to think about the most effective means of gaining justice.  A scream may just be effective at changing course in our country right now.