It Takes a Badass To Have An Open Heart 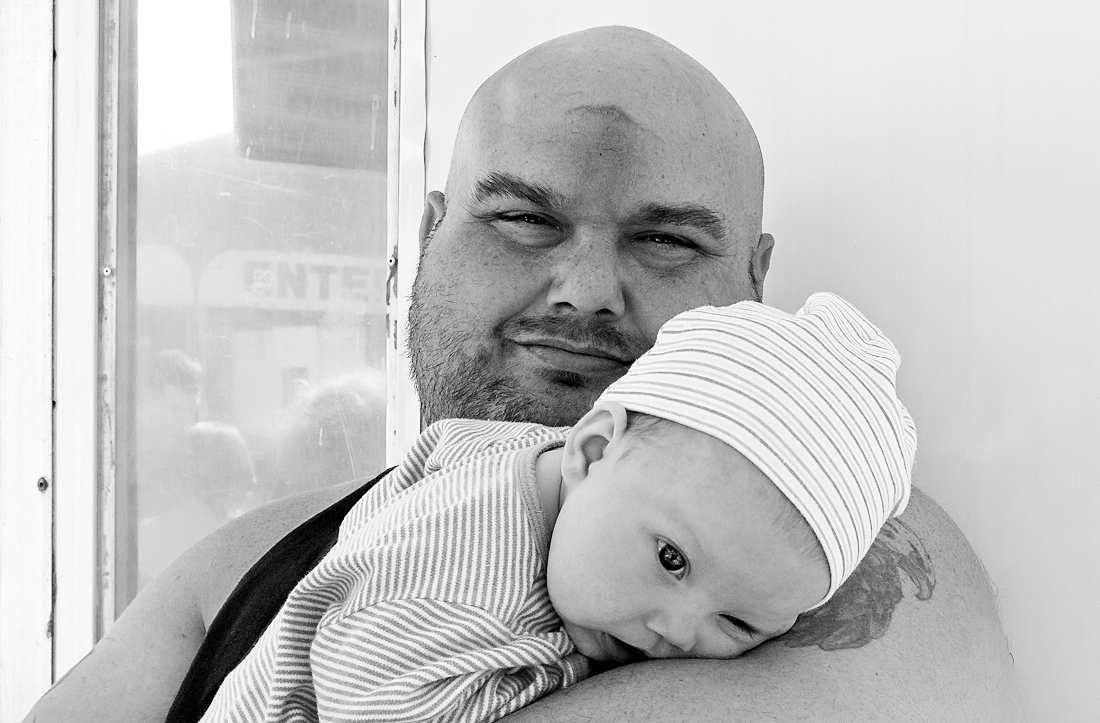 I have a friend, a real tough guy. He’s a boxer, he’s covered with tattoos, and twice a year, he does a thing called the Spartan Race. I don’t know much about the race except that it’s supposed to make a triathlon look like a stroll in the park. Oh yeah, and did I mention he also rides an antique motorcycle and plays the hell out of both the upright and the electric bass?

So when he and I speak about marriage and relationships, as we often do, it’s somewhat ironic that it’s he, not the neuroscientists, psychologists, theologians, and other experts that I’ve consulted in the past, that has given me the advice which is the most useful. What he told me once, when I mentioned that my wife and I were at odds, is that I need to do one thing and one thing alone –approach her with a warm and open heart.

Now of course, that seemingly hackneyed statement could be construed as pure cornball if it were proffered by say, the guy who writes the inscriptions on Hallmark cards. But coming from my friend, it took on a whole new intensity. It’s true what they say; context makes all the difference.

Lately I’ve been thinking more and more about my friend’s advice, and it strikes me how simple it is, how elemental it is. It suggests that whenever a man approaches his spouse with anything but a warm and open heart, he is creating complexity, that is, he is creating confusion around something that should be so basic; the very human need to bond, one soul to the other. That’s what we all long for after all.

We want to be loved, to feel valued and to feel the nurturance and joy that comes from that love. But damn if we don’t make things muddled. ‘If I give too much,’ we say, ‘than I won’t feel like I’m being treated fairly.’ ‘If I become too vulnerable,’ we think, ‘then I’m susceptible to being hurt.’ ‘If I ask for what I need and get rejected,’ we surmise, ‘well then maybe I was never loved in the first place.’

And so, to protect ourselves, we close our hearts and we cool them off; doing precisely what my friend told me not to do. Why is the fear of blame, of judgment, and betrayal so apparent? Furthermore, why are those negative feelings our default behaviors?

We have imbibed a false notion of what masculinity is. We have been acculturated to believe that manliness is primarily about physical strength. Ok, some of us feel that that’s too primitive a notion, and so we in our evolved state; look not just to brute strength for a definition of manliness, –that would be beneath us– but to strong ideas, bold plans, decisive actions. And while all that decisiveness is taking place, we find ourselves squinting into the sun à la John Wayne, staring into a destiny that we believe we can control.

That’s what we do; we take charge, because we can’t stand the feeling of not being in control, it frankly, terrifies us. But what about the times when taking charge isn’t the right solution at all, what about the times when doing the very opposite is called for? What if we need to simply stop and listen; simply be present? Perhaps it’s the vulnerability we believe we will feel if we do what we consider to be the least manly option of all; that is, letting things be, letting other voices be heard –even if the things those voices are saying contradict our perceptions of ourselves –that scares us so much.

In Jewish mysticism you’ll find two forces that are similar in some ways to the more familiar constructs of Yin and Yang. The terms are Chesed and Gevurah. Chesed in its most plain sense connotes yielding, love, and bestowal. Gevurah, Chesed’s opposite (or so it would seem), connotes strength, protection, and a warrior nature. To many it will seem strange to learn that the term Chesed is used to describe the essence of manhood and Gevurah the essence of womanhood.

Even within the physiology of each sex we see the idea play out. Man, with his capacity to bestow seed, has within his nature the essential power of Chesed, the power of giving and accommodating. Woman, whose womb is the place of protection from outside forces, is said to possess the power of Gevurah, with its native tendency towards judgment and limitation.

Redefining manliness, as the ability to give love ever more freely doesn’t render a man effete, it makes him powerful. Showing up with a warm and open heart demands strength, it demands that a man become more badass, and less baby. And with that demand comes the responsibility of bestowing that same strength to the ones he loves most.

And so to my friend, with his motorcycle, his tatts, and his Spartan Races, I say, thank you my man, I’m grateful for your wisdom. Now comes the really hard part… applying his lessons.