Avram Mlotek is a Base co-founder and the Rabbi of Base MNHTN. He also serves as Director of Spiritual Life for the Base program at large. In May 2015, Avram was listed as one of America's “Most Inspiring Rabbis” by The Jewish Daily Forward. In 2012, The New York Jewish Week selected him as a “leading innovator in Jewish life today,” as part of their “36 Under 36” section. Prior to joining Base, Avram served as a rabbi in training at The Carlebach Shul, The Hebrew Institute of Riverdale, The Educational Alliance and Hunter College Hillel. Avram's writing has appeared in The New York Times, The Los Angeles Times, New York Daily News, The Forward, Tablet, Haaretz, The Jerusalem Post, The Jewish Week, JTA, The Huffington Post, and Kveller, among other blogs. His Yiddish cultural work has brought him to China, Ethiopia, Romania, Israel, Sweden, and Australia, where he has co-led High Holiday services in Melbourne with his wife Yael. Avram grew up in Riverdale and Teaneck, speaking Yiddish at home, surrounded by music. Yiddish folk arts festivals, musical theater, Camp Ramah, Young Israel, and pickled herring were all part of his childhood milieu. Avram studied at Sarah Lawrence College, Bergen Community College, Yeshiva University's Belz Cantorial School, Yeshivat Hadar and City College's Educational Theatre department. He graduated cum laude from Brandeis University with a BA in Near Eastern and Judaic Studies. Mlotek completed three units of clinical pastoral education at the Jewish Theological Seminary and received rabbinic ordination from Yeshivat Chovevei Torah. He is currently pursuing a Masters in Social Work from Fordham University. Avram is the proud Tati of Revaya, Hillel Yosl, and Shabtai Elimelekh. 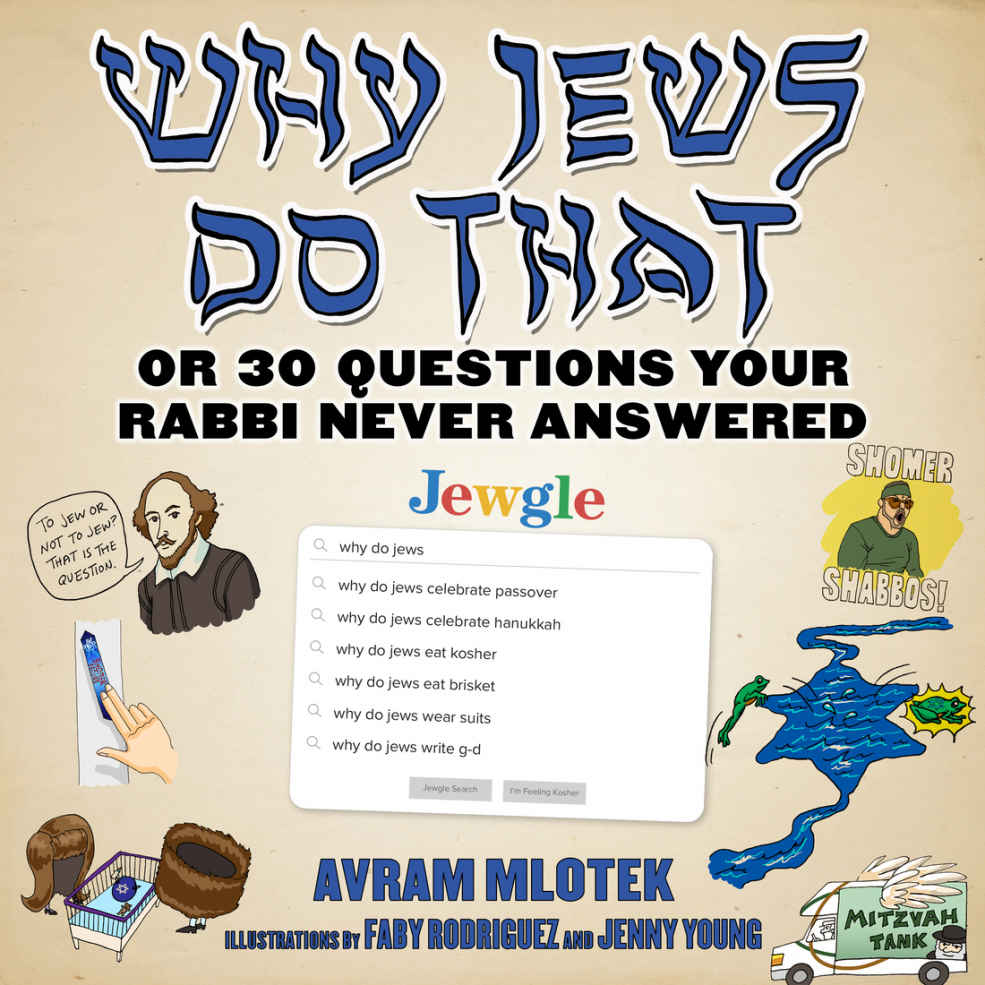 On Why I Wrote Why Jews Do That