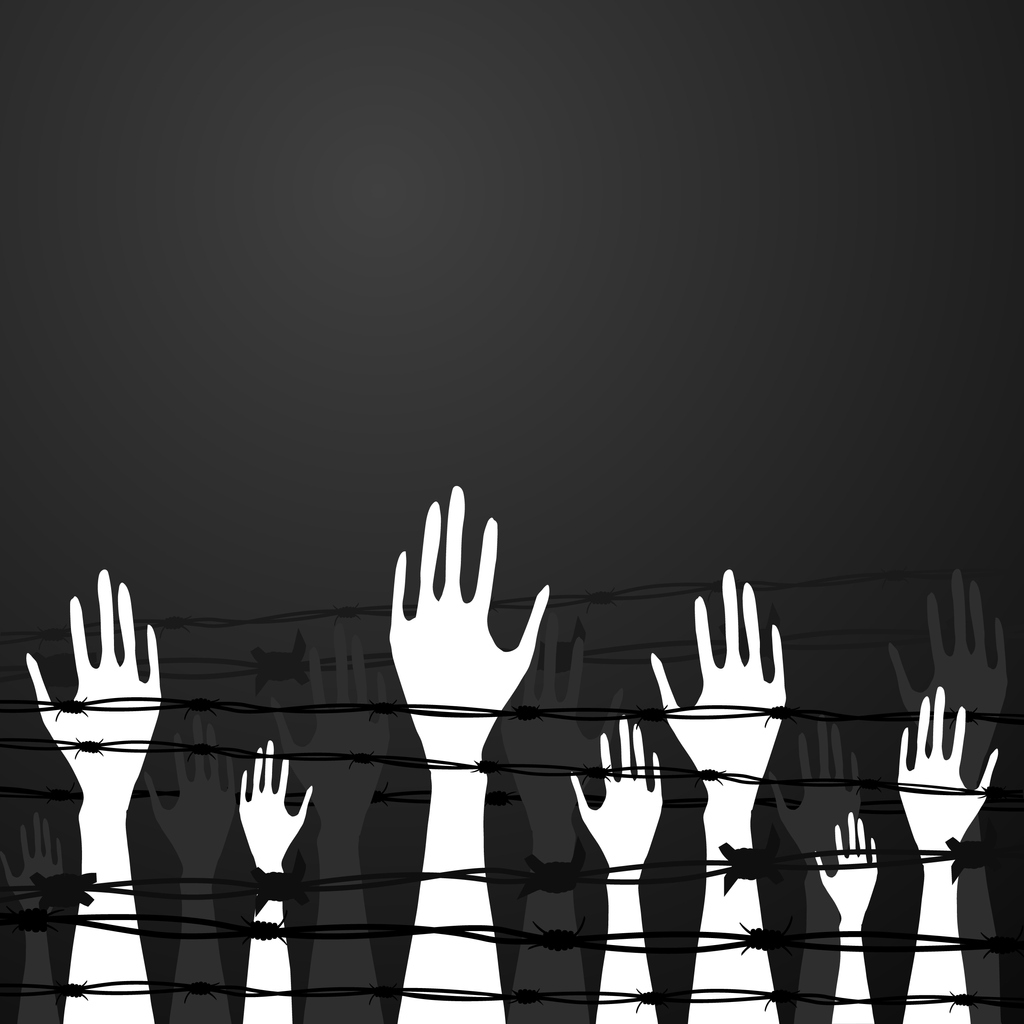 How I Knew and When

Age 8 – My father hangs upside down on a pipe that was part of a fence
that separated our street from the next. All of his change
falls from his pockets. He looks so young.

Age 15 – “There were one hundred and four girls
in the Israelitisch Meisjes Weeshuis orphanage in Amsterdam.
Four survived,” my mother says.
“I remember Juffrouw Frank, the headmistress. She made us
drink cod-liver oil each morning. She said it was healthy for us.”

Age 17 – My father tells me his father and sister Ruth got out
of Germany and went to Rotterdam. They were supposed to
leave on May 11, 1940, for America. The Germans invaded on May 10.

Age 21 – My mother tells me Tante Amalia told her
that on the Queen Elizabeth to America in 1947, after she
and Onkel David were released from an internment camp
on the Isle of Man, she was so hungry she ate twelve rolls
every day at breakfast. She said it was the best time she ever had.

Age 24 – My father tells me, “Otto Reis got out of Germany
in 1941. He took a train to Moscow, the Trans-Siberian railroad to
Vladivostok, a boat to Shanghai, a boat to Yokohama, a boat to
San Francisco, and a bus to Philadelphia, his wife and three sons
staying behind. Carola Stein signed affidavits for them, but
the government said she didn’t make enough money.”

Age 31 – My mother’s cousin refuses to accept money a rich
woman left him. Says the money has too much blood on it.
My mother tells me that in 1939 her cousin had asked this woman
to sign affidavits for his wife and two daughters. She said no.

Age 33 – My father asks me to dial the number. His hands shake.
He asks my cousin if she wants to send her three children out
of Israel during the Gulf War. She says she can’t let them go.

Age 42 – A waiter in a Jerusalem hotel tells my father
he should come to live in Israel, because it’s home.
My father tells him, “Home is anywhere they let you in.”

Although true, such definitions do not do justice to poetry.  To paraphrase Yvor Winters, a poem is a statement in words about a human experience with particular attention paid to the emotional connotations of language.

Edward Hirsch, (Poet’s Choice, 2006, p. XV) writes about poetry: “It moves and dances between speech and song.  These words rhythmically strung together, these electrically charged sounds, are one of the ways by which we come to know ourselves.”

Robert Frost in his essay “The Figure a Poem Makes” (Selected Prose of Robert Frost, 1966, p. 20) asserts, “like a piece of ice on a hot stove the poem must ride on its own melting.” And poetry is as simple and complicated as that.

Born in a small village in Germany, my father hid, along with his parents, older sister, and younger brother, in the cellar of their home during Kristallnacht, the Night of Broken Glass, on November 9, 1938.  The next morning, he was ordered to report to the town hall. Along with nine men, he was arrested and sent to Dachau. He was sixteen years old.

In 1942, my father’s parents, sister, and brother were deported to Westerbork, and then to Auschwitz, and murdered upon arrival.  My mother, also born in Germany, was six years old when she was backed up against a wall at school in 1936. Her classmates threw rocks at her and called her Jude – Jew – because she refused to say, “Heil Hitler.” Her parents got her out to the Jewish girls’ orphanage in Amsterdam, the Israelitisch Meisjes Weeshuis.

I consider myself lucky.  My parents answered all my questions about the Shoah and what happened to their families.  Some of my friends told me their parents refused to discuss it. When I was young, I remember visiting a childhood friend of my father.  They would stand off in a corner speaking about the Holocaust in low voices, stopping when I came by. But I wanted to know.

In my teens, I asked what happened.  My father and I made lists of the transports of Jews from his village; we talked about Kristallnacht and Dachau; about the watercress his mother planted each spring near the house and used as a border around the kartoffel salat (potato salad); how his younger brother wrote in one of his last letters, “…with God’s help, we will come to America.”

One night at the kitchen table, my mother sang me “The Song of Lorelei” that she learned as a young child. She then told me her mother threw out her gold and silver jewelry from the window of a train after Jews were ordered to turn it in, saving only her wedding ring; that she had to come back to Germany, to the American Consulate to get her visa for America; that she only spoke Dutch and could barely communicate with her mother; how after coming to America, her father walked home from work in the blizzard of ’47, collapsed, and died in her mother’s arms.

I grew up in two different worlds – one that doesn’t exist anymore and one in which I don’t, many times, feel at home.  Like other children of survivors, I struggled with the culture of America. I remember trying to explain to some non-Jewish friends that my parents were German Jews.  They couldn’t understand how one could be both German and Jewish. Even though they were Irish- or Italian-Catholic, it was only possible for me to be defined by one identity: Jew.  I felt I was on the outside looking in. There were many times I wanted to jump into the melting pot, blend in, be an American kid sitting on a porch swing eating peanut butter and jelly sandwiches, but I couldn’t.  Neither could most of my friends who were children of survivors.

How to Spot One of Us

We’re the ones who didn’t know our relatives
spoke with accents, the ones whose parents
got nervous if we didn’t come home
on time, were afraid to let us go
places by ourselves, who
told the neighborhood kids the numbers

on their forearms were their phone numbers,
who won’t visit Germany, who wake up
night after night from dreams, who never talk
about the past, or never stop
talking about the past, and we’re the ones

who dream about big families, who
wish words could just be words, wish “camp”
or “selection” didn’t make us flinch,
and sometimes we’re the ones
who do everything we can
so you don’t know who we are.

Poetry allows me to say what I can’t say in other forms of writing.  It allows me to live in ambiguity. Eliza Griswold, in an interview in Poets and Writers (Eliza Griswold’s Wideawake Field, May/June 2007, p.64) said, “What poetry allows for is dealing with ambiguity, which is impossible to deal with in a nonfiction article…. There are paradoxes that are essential to understand what’s going on. There are experiences that there’s no other language for, no other place for.”

According to Wikipedia, Ambiguity….an attribute of any idea or statement whose intended meaning cannot be definitively resolved according to a rule or process with a finite number of steps.

Poet and writer Kahlil Gibran (Sand and Foam, 2008, p.26) wrote, “Trees are poems the earth writes upon the sky, we fell them down and turn them into paper, that we may record our emptiness.”

Delving into the Shoah leaves us empty. It leaves us bereft of humanity. How can it not? There have been extraordinary writers who have chronicled the Shoah in academic work, memoir, fiction, and more.  Poetry is the way I try to figure out the world and my place in it.

What I know as a poet writing about the Shoah is that I am embarking on something very difficult.  I want to honor the victims, the survivors, and their descendants.  I am wrestling with something of epic proportions, and I am working with and resigned to reality.  I am a witness to history, and history is a weighty task.  There is no making the poem up.  As Edward Hirsch stated in an interview for AFTER, a documentary I am producing about the Shoah and poetry (2016), “One of the jobs of poetry is to bring the dead to life.” That is my reality, the stuff of my poetry…