The Seductive Appeal Of Righteous Indignation 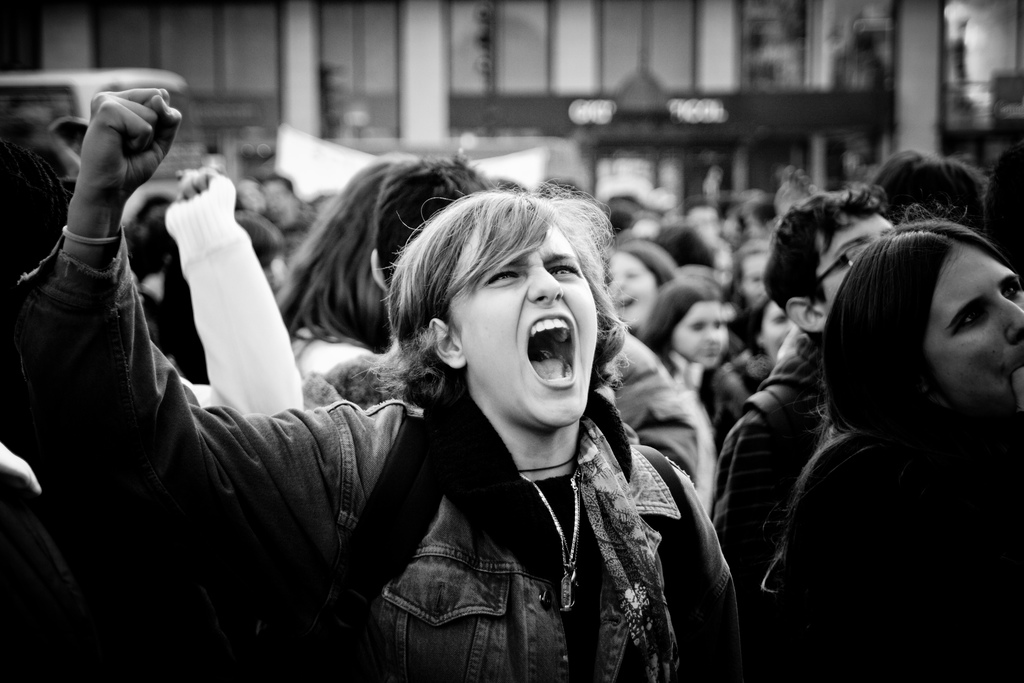 Battle lines are being drawn almost everywhere in the public realm.

In the U.S. House of Representatives, a number of representatives recently staged a sit-in on the floor of the House, protesting the lack of progress on a important issue. In response, House leaders turned off the cameras and microphones, blocking public access to the actions (or inactions) of their elected representatives. All legislative business was effectively paralyzed, each side interfering with ‘normal’ activities of the House.

In the media, the current Presidential campaign is full of nasty accusations, sound bites and slogans, but remarkably weak in policy or content. The “sides” are retreating to their corners, each time more convinced that they are totally correct and that the ‘other’ is corrupt, small-minded and unqualified.

In Britain’s recent Brexit vote, fear mongering and exaggeration resulted in voters holding strong opinions, based on little to no information. Within hours after the vote, the term ?”EU” was googled more than any other, as if people were asking, “What was that we voted for..or against”? We’re not sure about information, but are very sure about our opinions.

I see similar exaggerated posturing in virtually every disagreement in the public realm: magnified opinions, inflexible statements and overgeneralized accusations. What is going on? Who does this serve?

Not the people wanting facts or analysis of complex policy issues. Not those seeking greater clarity. Not the folks looking to find where they fit in between the diametrically opposing poles of virtually very issue. The world, it seems, has (I hope temporarily) gone black and white.

This world view disregards, or even discounts, the existence of color, of the rainbow of human experience, the richness of alternatives. Even small distinctions are masked beneath the insistent voices of whichever “leader” is calling the shots, shouting “if you’re not absolutely on my side, you must have joined the enemy”.

As a society, this leaves us stuck in our own opposite corners, furiously attempting to use our anger to incite armies against the “other.” Perhaps out of fear of appearing weak, we are often afraid to tiptoe out of our corners and be exposed to accusations of abandoning our “sides” of whatever argument is on the table.

Eventually this situation leaves us with nothing but an immense and malignant case of righteous indignation, paralyzed and frozen, inflexible, angry and stuck. It’s appealing, even seductive, to feel righteous indignation. It reinforces our own opinions, allows us to pat ourselves on the back, to feel virtuous. But it also isolates us, insulates us from the complexities of contemporary issues and virtually eliminates the possibility of cooperation or compromise. Are we permanently stuck, yelling at the ‘other’ like schoolchildren taking sides in a playground conflict?

Since I’m an incurable optimist, I can’t help looking for ways to improve this situation, to insert some vividness into this drab and depressing monochrome of a social landscape. How can we open ourselves to permit ourselves to taste some of the smorgasbord of alternative opinions?

It takes personal courage to allow ourselves to become uncomfortable, to admit that there may be more than one way to interpret both historical and current events. This discomfort is useful, and necessary for change and growth. When we choose the bifurcate the world into “us” and “them”, we are choosing to become fossils, solidly opinionated, righteously indignant and effectively dead.

Jewish teaching reminds us that there are 70 “faces” (facets) to the Torah (Midrash Bamidbar Rabbah 13:15). There are many valid ways of understanding each part of the traditional Biblical texts– some more literal and some more profound — but all valid according to the legitimate methods of Torah study handed to us.

So it is with understanding the state of the world in which we are privileged to live. By selecting just two of the seventy (or more) possible ways to interpret any particular state of affairs, we choosing to ignore alternatives, block out variety and keep ourselves ignorant. Perhaps we would do well to carefully step out of our corners and thoughtfully explore the other sixty-eight.