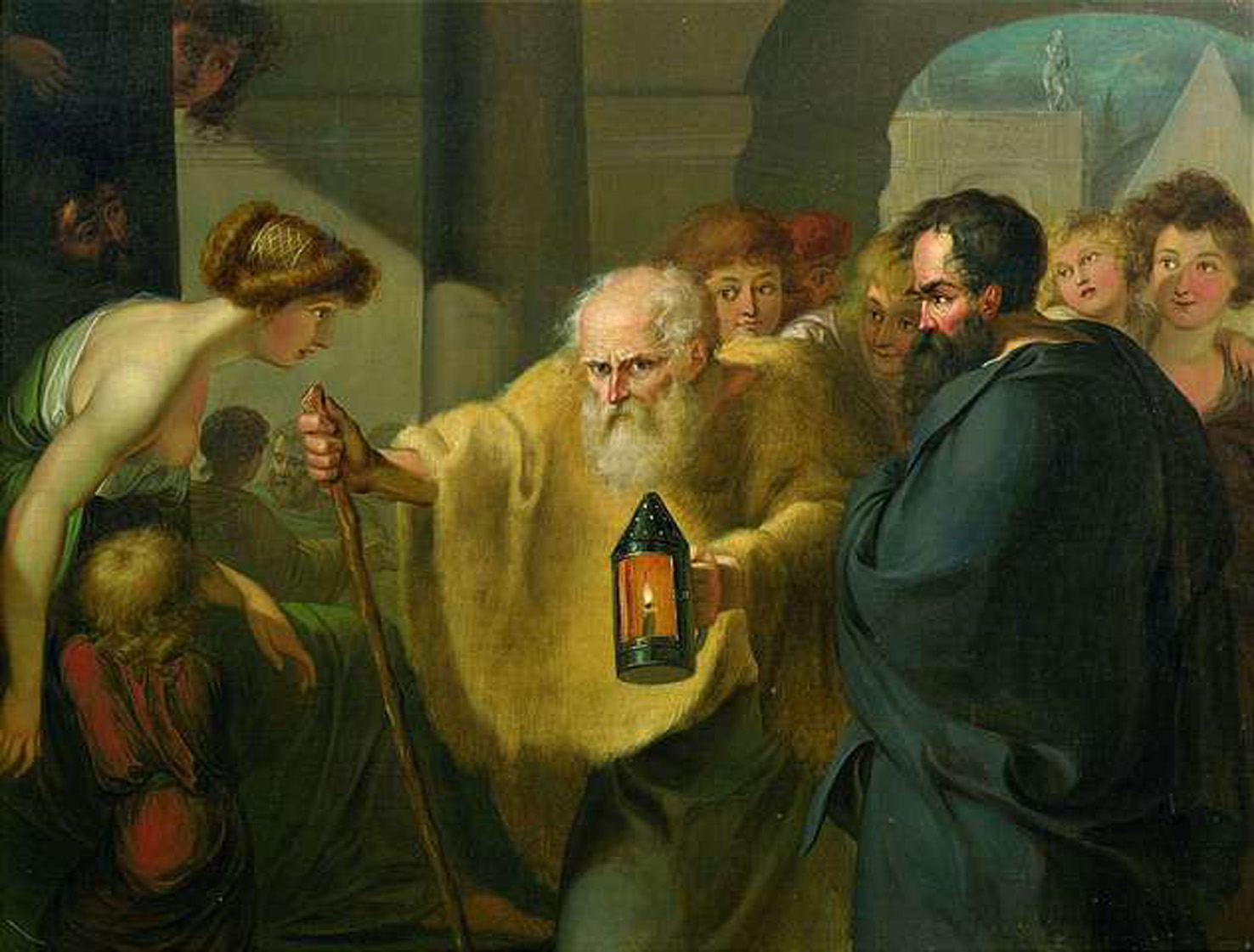 There was a younger Timmy, and there was an older Timmy. He said that he was the older Timmy. That was how he introduced himself.

And he put down his bag and sat beside me. His abrupt introduction (if indeed it was meant as an introduction) drew my attention away from the window, away from the places speeding by, away from the thoughts that move through the mind on long journeys by train; and towards him, towards this vulgar disturbance, towards the gruff and unkempt older gentleman now sitting beside me. His speech was laced with a Greek accent, and he mumbled a little when he spoke. The disruption of my contemplative silence was quite unwelcome. But then he followed with an even stranger question that at first seemed like an affirmation, but which I later realized was a critique. He leaned over and whispered, “Who is an honest man?”

“Who is an honest man?” I repeated in a sincere effort to understand the question. But my response did not seem to satisfy him, so I followed up with a request for clarification, “Are you asking me if I am honest?” not entirely sure if I could answer honestly.

Without offering a word, he responded by pulling out his worn wallet, which contained neat stacks of bills in various denominations. On each of them, he or someone else, had scribbled what appeared to be questions in red marker; inquiries like, “How are humans like chickens?” or “How do you recognize honesty in the dark?”

My first instinct was to admonish the transgression, “Aren’t you a little worried that you’re going to get in trouble for defacing money? It’s a federal offense to debase currency that way, you know.”

“They are worth more that way, not less.” And then he placed the entire stack of bills in my hand. “Each time you spend them, you will be obliged to ask a question, and the answers, when you receive them, will be the receipt of your purchase.”

“Are they real?” I asked, to which he quickly replied:

“Yes, but all currency is counterfeit. Money grows on trees. We cut the trees down to make their wood into paper, some of which becomes the money you are holding in your hand, and some of which is put on rolls for us to wipe our asses with.”

“I see”, I said. And it was then that I began to understand, so I replied:

“Well then my friend, let me try to give you something in exchange. I’ll attempt to answer your question the best that I can.

If you are asking if I am honest, honestly, I cannot judge; and even if I could, would you believe me? I cannot say with absolute certainty if I have ever met a completely honest person for that matter, but I see honest actions everyday, and that is enough to shield me from cynicism. Perhaps you are an honest person. I can’t know for sure. But I am open to that possibility, and that makes all the difference… Let me try to explain in another way.

In the Pirkei Avot, the Ethics of our Fathers, which I learned from my mother, it asks, “Who is wise?” The answer that is given: “One who learns from everyone. From all my teachers I have grown wise”.

I have learned from the honest and the dishonest alike. Dishonest actions make honest action glow brighter by contrast. The light of a candle is obscured and rendered invisible by the omnipresence of daylight.”

Without saying a word, he reached above his head and shut off his reading light, which exacerbated the darkness of the train that was now traveling into the night and about to arrive at the next station.

“Tickets please” the conductor announced as she approached our seats. I placed my paper ticket in her hand. “And you sir, may I see yours as well?”

But what happened next was the most inexplicable episode of the whole affair. He said:

“Ma’am, I have no ticket. Furthermore, I now have no money to pay for my passage. But I have met someone who is both honest and wise. This station is where I will quit this train.” And before I could object, and before the conductor could respond, he picked up his bag and left, just as abruptly as he had arrived.

The conductor was just as befuddled as I was. “Is he for real,” she asked incredulously.