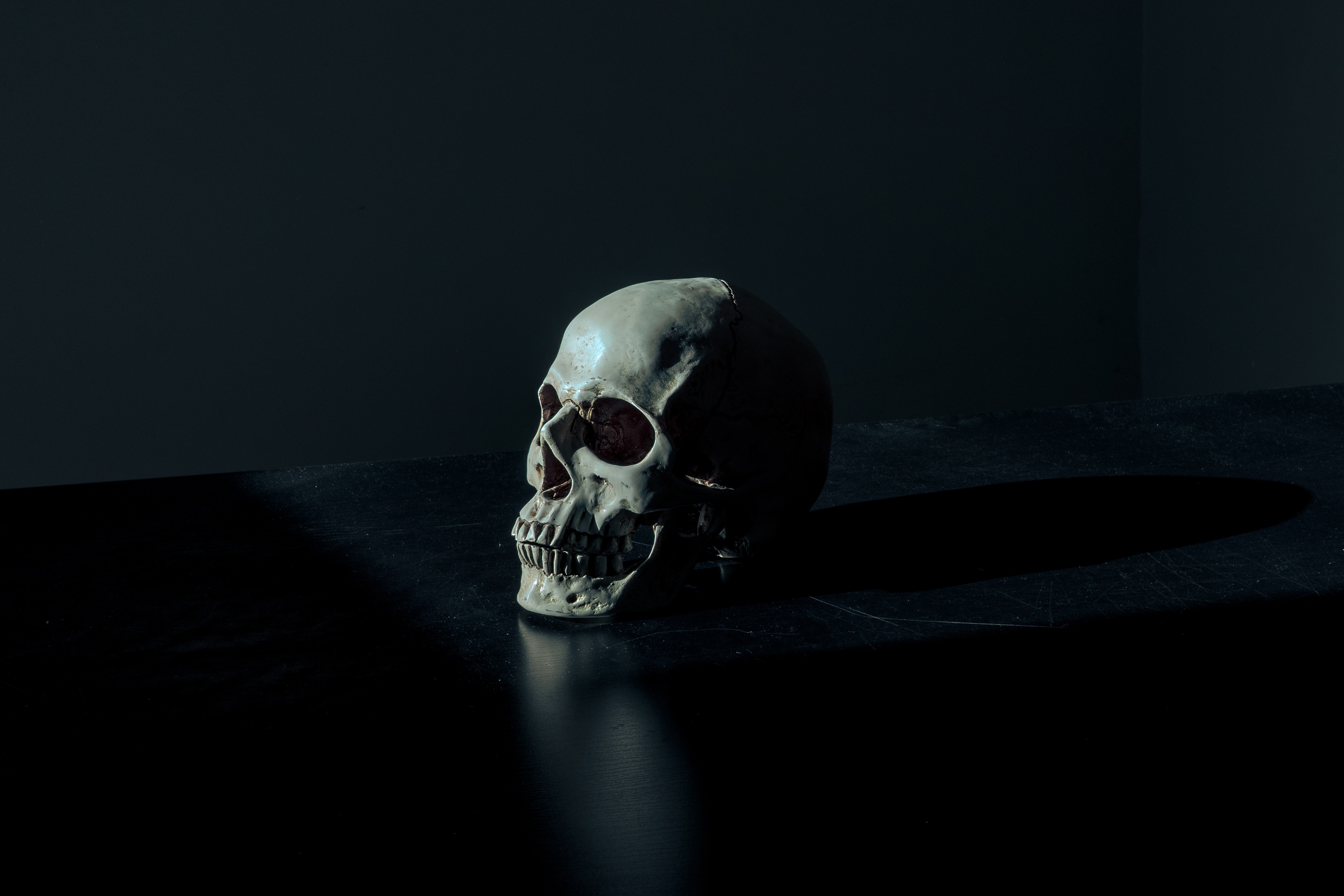 Picture this:  You’re out with your friends on a Saturday night.  You’re sharing jokes and drinks when suddenly the cute guy from the gym comes in by himself.  You exchange quick smiles and go back to talking to your friends.

It would be weird to leave your friends and go talk to him, right? I mean… you barely even know the guy.  Anyway, you’ll see him on Monday for your 6 o’clock yoga class.

Suddenly, your phone buzzes.  You glance down and see this message: Many have died; you also will die. The drum of death is being beaten.

Your palms start to sweat, your heart beats faster.  What if you don’t make it to your 6 o’clock yoga class?  What if you get hit by a bus on the way home tonight without ever talking to Gym Guy?  What if he’s your soul mate?

So, you excuse yourself from your friends, head straight to Gym Guy and spend the rest of the night talking. It doesn’t take long to realize you have everything in common.  One year later, you’re blissfully married with a Gym Baby on the way.

Although the scenario may seem a bit far-fetched, the idea behind it has validity. Instead of viewing death as a life-stopping inevitability, what if we were encouraged to use death as a motivation to inject even more life into the time we have?  Perhaps it’s only when we contemplate our own mortality that we live life to the fullest.

That’s the idea behind WeCroak, a new app that is quickly gaining popularity.  Once downloaded to your phone, the app will remind you of your impending death randomly, five times a day.  Quotes like “The other side of the ‘sacred’ is the sight of your beloved in the underworld, dripping with maggots.” and “the grave has no sunny corners” never allow you to forget that your days are numbered and that what awaits you on the other side may be a whole lot of nothing.

WeCroak bills itself as a mindfulness app. The website encourages users to “take one moment for contemplation, conscious breathing or meditation when WeCroak notifications arrive.” The website creators insist that regular contemplation of mortality helps people “spur needed change, accept what we must, let go of things that don’t matter and honor things that do.”

But, perhaps you’re still not convinced.  Maybe the idea that your death is as random as the alerts WeCroak sends seems dubious. Getting hit by a bus or falling prey to a fatal illness don’t seem like plausible scenarios.  After all, you’re in great health, you make good choices, look both ways when you cross the street.

In that case the Death Clock app may be more to your liking.  After answering a series of questions about your health, family history, and lifestyle choices, the Death Clock determines your theoretical “death date”. You can check the app at any point to see how many days, hours, minutes, and seconds you have remaining.

Both of these apps are part of a greater cultural shift which has changed death from taboo to an acceptable, and even stimulating topic of conversation.  Death Salons have sprung up around the country, in which intellectuals gather to “subvert this death denial by opening up conversations with the public about death and its anthropological, historical, and artistic contributions to culture.”

Along with Death Salons, Death Cafes have also become havens for death enthusiasts.  Dead Cafes create spaces where people, often strangers, join together in a “group directed discussion of death with no agenda, objectives or themes.” They are not intended to be support groups or counseling sessions, but simply a place where people can go to talk about death over coffee and cake.

As the topic of death becomes more acceptable, so too have the options of handling end-of-life affairs. Websites like Everest and Cake have sprung up to help people streamline things like purchasing life insurance, planning funerals, and deciding how to manage their digital lives posthumously. These sites have become sort of a “mother of all personal media accounts, designed to store all of a person’s online passwords in one spot, for a successor to retrieve after he or she dies.”

Although most millennials still have decades before having to make serious choices about their deaths, many of these sites are geared towards them. Sites such as Afternote draw off a generation raised on social media to help users create multimedia tributes about themselves to be shared after their deaths.

All this focus on death is billed as incentive for people to live their lives more fully. However, considering that profits are being made and consumers are spending even more time online using these apps, are they, in fact, just one more part of an industry that has thrived on our obsession with self-awareness?