The Reincarnations Of Deborah, The First Female Jewish Judge 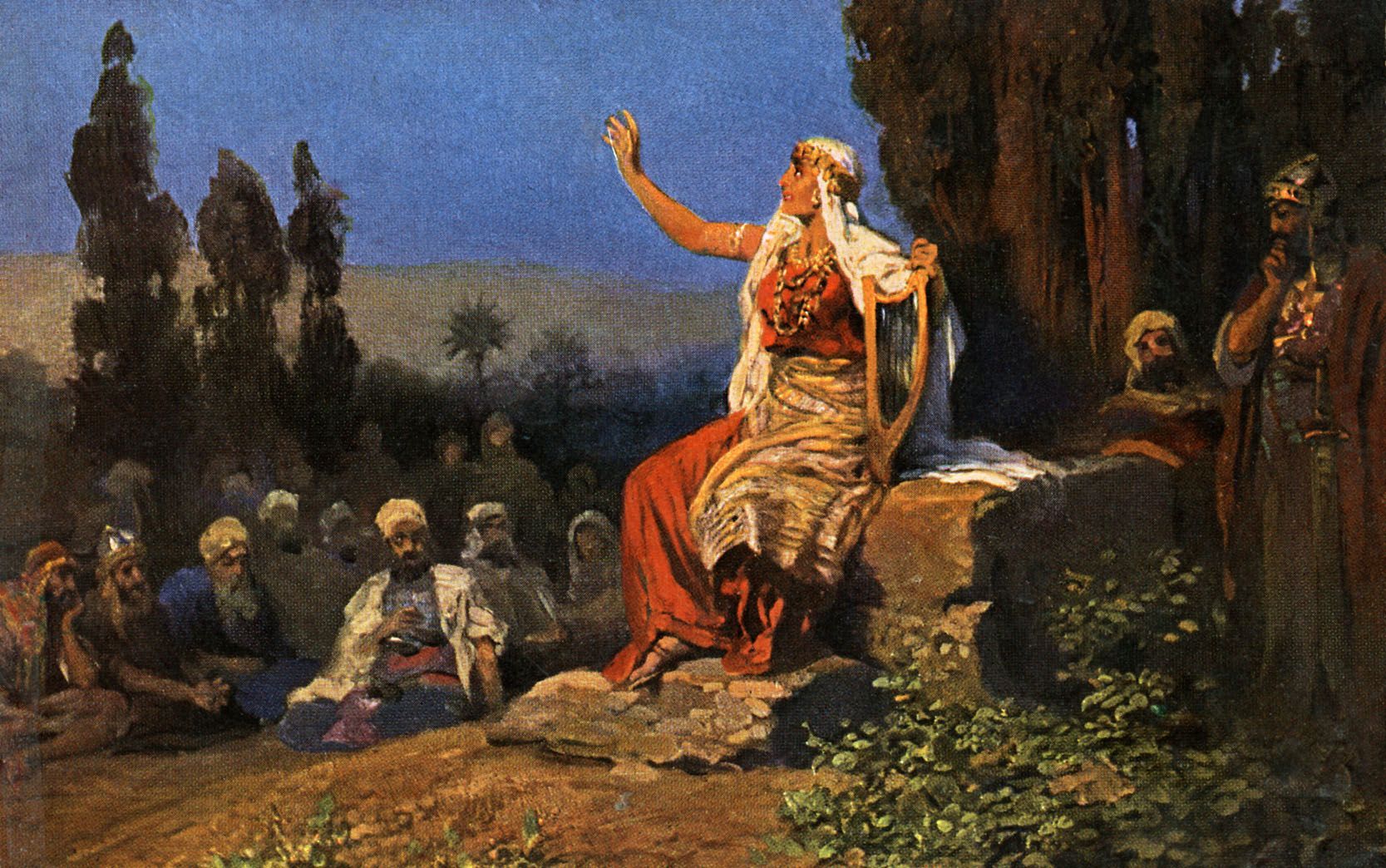 Deborah, the prophetess in the times of Judges, was an extraordinary woman. She was the first woman in Jewish history to be called a judge, though, she was not the first woman to receive a prophecy. There are others before her like Tamar, who we will mention in this article, and Rebecca, Jacob’s mother who, on account of her prophecy, told Jacob to trick his father Isaac and steal his brother Esau’s blessing. Deborah is known for her leadership and her victory in the war she led with Barak against the Philistines. She is also most commonly known for the song that she sang after Israel’s victory over the Philistines.

The Torah mentions when a prominent figure is handsome or beautiful. Even before some of the Torah was written and given down from father to son, part of the stories were the physical description of the figure. The Torah mentions how King David was red-haired and handsome. It also mentions how Esau was red-haired and hairy. Judith, the heroine associated with Hanukkah, is known for her beauty.

The Torah does not mention that Deborah was beautiful. Therefore, it is safe to assume that she was on the plain side, physically. Even with being plain, she must have been viewed as beautiful because of her high stature. Such that it may be that she was beautiful, though the Torah didn’t see it necessary to proclaim.

Being that Deborah was such an extraordinary woman and a courageous leader, it only makes sense to believe that she was the one who, so to speak, held the pants in the house. Her husband, Lapidot, is hardly mentioned, and seems to be on the sideline of this story. During those days, sexism was on the high. Lapidot must have been an extraordinary man himself to support a wife and judge as a leader.

The Torah mentions Lapidot in a factual manner and does not provide any further information about him. This can be a clue to his submissive nature and his tremendous support of the woman he loved. I can imagine he lacked all envy and felt privileged to be married to Deborah. This idea of marrying a woman being a privilege was not common in those days. Men had the say and all the status. It is possible that the sexism of the time may have put some strain on their relationship.

Deborah wasn’t just an extraordinary woman, she was also the reincarnation of two souls, Tamar and Tzipporah. Tamar was a woman in the times the fathers of the Twelve Tribes were alive. She received a vision that King David, the second king of Israel, would come from her lineage with Judah’s son (Judah from the Twelve Tribes). Imagine having a vision like that! What an honor this was for Tamar and her soul!

The ancestry of King David is always linked to Naomi, Boaz, and their family. Who would think that hundreds of years before, a vision such as that would occur?! When Tamar received the vision, she took action and tried to make her way to become Judah’s son’s wife. But, lo and behold, destiny got in the way. Judah did not allow his son to marry her.

How would she bring about this baby in an honourable way? She pondered and thought. There was no giving up. Just because Judah would not allow them to marry, did not mean that it had to be so. I imagine that she tried to get Judah’s son to disobey his father. This prophesy was too important to give up upon. It must be done somehow!

Desperation hit Tamar as she realized Judah’s son was not about to disobey his father. In a last resort, she secretly followed Judah’s son to know the way which he walked every day. Then, a few days later, she posed as a prostitute with her long curly black hair out, black coal under and above her eyes, and lip paint glistening in the sun. She created a thigh high slit in her long dress and wore a sheer overlay over the dress. She situated herself on the path Judah would be to walk through. She sat on a rock with knees bent in a way that her slit showed her legs, as was common for prostitutes to do in those days.

Judah’s eyes narrowed in on her as he passed. He ignored all the other prostitutes calling at him with their body. He came to her and they performed intimate relations. Now, Tamar was considered a righteous woman. Today, she is seen in high regard. Her intentions were pure and she was acting on very important spiritual information. It was her last resort.

But, even wrong things done at the right time and place bear consequences. Her actions were no different. It is said that when a person sins, he blemishes his soul. This soul then needs to go under purification and rectification. This can be done in several ways, including hell and reincarnation. Because of Tamar’s sin when she posed as a prostitute, she needed to purify that blemish in her soul. Her soul was then incarnated into Deborah. Deborah rectified her sin by sitting under the palm tree. As it says, “And she sat under the palm (tomer) of Deborah.”

Tzipporah is the second reincarnation known about in Deborah the Judge. Tzipporah was Moses’s wife. Moses met her after he escaped from Egypt where he had killed an Egyptian officer who was beating a Jew. When Moses returned from the desert where he met Tzipporah, she joined him. But, after a certain point, Moses told Tzipporah she must turn back and he would pick her up on his way back out of Egypt.

Tzipporah was torn. Here, her beloved husband was embarking on a journey she longed to join. A journey she desperately wanted to be a part of. The redemption of Egypt! How could she miss that?! But, her husband was a holy man, a man of God. How could she disobey? With her heart broken, she turned back to her home in the desert. The reason she was incarnated into Deborah is because Deborah would later sing her song about Israel’s and her victory. Tzipporah would then be able to partake in it and make up for the loss of Az Yashir, the song Israel sang by the Red Sea.

Deborah the Judge and prophetess was a remarkable figure. Her life was filled with meaning and holy revelations. She is one of the most respected women in Jewish history. I, myself, am named after this fabulous woman and feel privileged to have such a strong connection to her. It is of the utmost pleasure for me to learn more about this woman and bring these revelations to you as well.

Devorah Goldstein is a captivating writer who has been freelance writing professionally since 2014. She specializes in reviews, blogging, content, and personal anecdote writing. She has appeared on the Times Of Israel blog and Jewish Community Watch. You can find more of her work here.